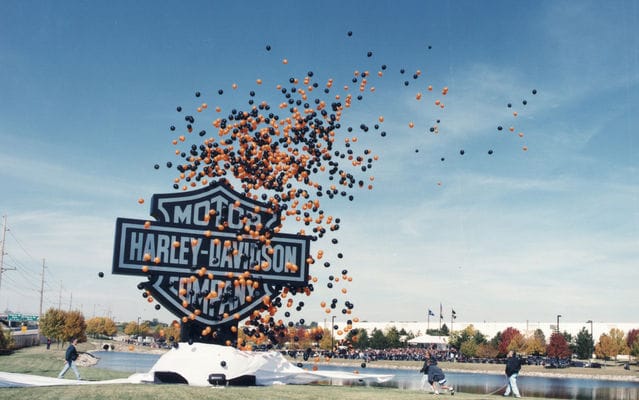 The deal also provides for a contingent payment to Claudio Castiglioni (owner of 95% of MV Agusta shares) in 2016, if certain financial targets are met. The take-over is expected to close in a few weeks, pending the agreement of certain contingencies and receipt of regulatory approvals. Harley-Davidson intends to fund the transaction primarily through euro-denominated debt.

“Motorcycles are the heart, soul and passion of Harley-Davidson, Buell and MV Agusta,” said Harley-Davidson CEO Jim Ziemer. “Both have great products and close connections with incredibly devoted customers. The MV Agusta and Cagiva brands are well-known and highly regarded in Europe. They are synonymous with beautiful, premium, Italian performance motorcycles,” Ziemer said.

According to Ziemer, the acquisition is intended primarily to expand Harley-Davidson’s presence in Europe, complementing the Harley-Davidson and Buell motorcycle families. Retail sales of Harley-Davidson motorcycles have grown at a double-digit rate in Europe in each of the last three years, as the Company has increased its strategic focus on global markets.

Harley-Davidson plans to continue to operate MV Agusta Group from its headquarters in Varese, Italy. The first priority will be to appoint a leadership team that will include a new Managing Director and to continue the manufacture of current models.