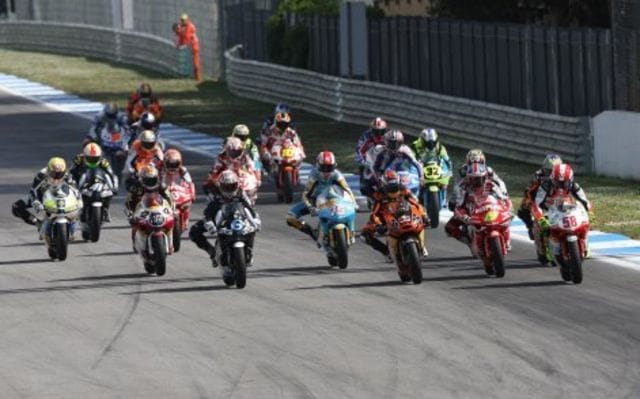 A June 27th meeting of the Grand Prix Commission in Assen, Netherlands concluded with an important announcement:  FIM, the governing body of international motorcycle racing, has decided to eliminate the 250cc class from Grand Prix racing.

As of 2011, the 250cc class will be replaced with a new 600 category that will feature 4-stroke engines limited to 600cc and a maximum of 4 cylinders. Fuel regulations will call for the use of unleaded fuel that is restricted to 10 mg/kg of sulfur, down from the current requirement of 50 mg/kg.

Manufacturer’s that are interested in competing in the new class will have until July 31, 2008 to make their intentions known to FIM and Dorna Sports SL, the commercial rights holder for the MotoGP series. Open discussions will start after the cut-off date to determine more detailed technical specifications for the series.

The dramatic bump in displacement brings the second tier of the GP series very close to the 800cc restriction of the premier class. It will be interesting to see how small the gap in lap times between the two classes will become: in this year’s qualifying session in Catalunya, the difference between the pole winner’s lap times in each class was only 4.5 seconds.