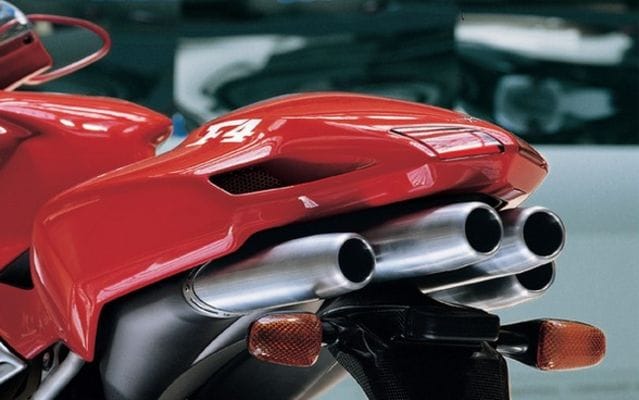 The internet is currently rife with reports of the potential purchase of Italian motorcycle manufacturer MV Agusta by Harley-Davidson.

The rumour’s origin can be traced to a story that ran in the Italian news daily Il Messaggero, which claimed that Harley-Davidson is currently in negotiation to buy a majority stake of the financially shaky builder of sport motorcycles. However, it should be noted that the newspaper failed to mention any sources for their claims.

The MV Agusta group, which also owns Cagiva Motorcycle, is certainly ripe for a takeover when you consider their massive 200 million Euro debt and that they recently sold Husqvarna to BMW. According to Il Messaggero, Harley-Davidson’s plan is to obtain 80 percent ownership under the condition that a large percentage of MV Agusta’s debt is written-off beforehand.

Harley-Davidson’s interest in European manufacturers is nothing new, they’ve been linked to buyout rumours before, most recently with Ducati and Triumph. However, with MV Agusta there is history involved. In 1974 Harley-Davidson bought the Italian firm Aermacchi only to sell it four years later when they themselves were bought out by AMF. The buyer in 1978 was Claudio Castiglioni, founder of Cagiva and currently a 30 percent shareholder in the MV Agusta Group.

The Agusta name dates back to 1907, but it wasn’t until after the founder’s death in 1927 that the aircraft manufacturer started to convert their operation to two wheeled transport. The first Meccanica Verghera Agusta was introduced to the public in 1945, and currently they are known for their F4 and Brutale sport bikes.