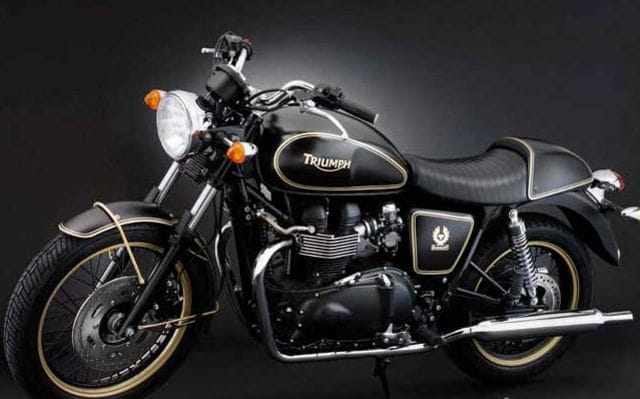 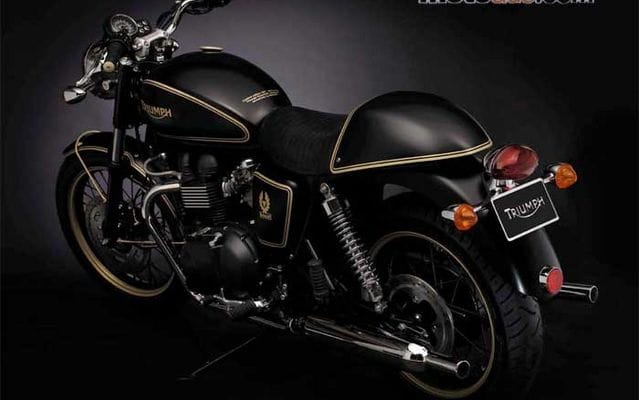 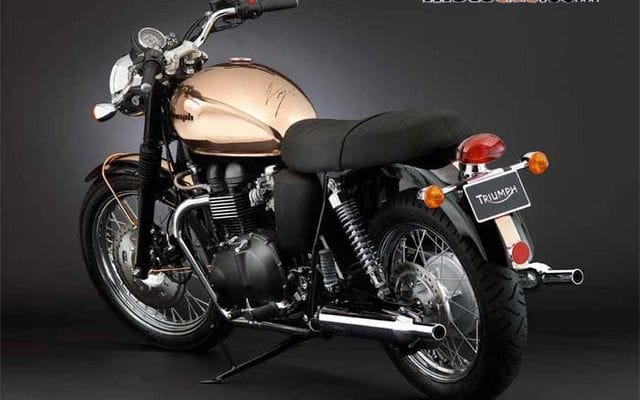 Triumph is celebrating the 50th anniversary of its legendary Bonneville this year by introducing two unique designs for the Bonneville, each created by a renowned collaborator. Actor Ewan McGregor, and motorcycle clothing manufacturer Belstaff, have both stamped their own impressions upon the legendary model.

McGregor’s design incorporates a copper-plated tank with a black waxed cotton seat, the fabric that most associate with Belstaff. He claims his inspiration came from his love of the legendary motorcycle enthusiast Steve McQueen.

“This was such an exciting project for me,” said McGregor. “The Bonneville has to be the ultimate in iconic British motorcycles, so the chance to create my very own design and see it through to production was amazing.”

During the 1950s and 60s many screen legends appeared on Triumphs – James Dean, Clint Eastwood, Steve McQueen and Marlon Brando all rode Triumphs – helping to cement its reputation as an iconic motorbike marque. The best remembered motorcycle of that time was the Bonneville, named in recognition of Johnny Allen’s 1950’s record breaking feats on a Triumph at the Bonneville Salt Flats in Utah.

The first Bonneville was unveiled in 1958 and was a high performance sports bike which was good for over 110mph (177km/h), with many victories on the race track. Those racing success lead to a special edition Bonneville, the Thruxton (1964/65), which inspired a generation of café racer machines.

Many consider 1969 to be the Bonneville’s finest hour, with 11 years of steady evolution under its belt. In the 1970s and 80s, special, limited edition Bonnevilles were launched to mark significant Royal occasions.  In 1977, the T140J celebrated the Queen’s Silver Jubilee; and in 1981, 250 T140LE Royal Wedding Bonnevilles were produced to mark the Royal wedding between Prince Charles and Diana.

In 2000 a modern version of the Bonneville was released which combined authentic styling with modern materials and manufacturing techniques. The first of the new Bonnevilles was produced with a 790cc parallel-twin motor.  A centenary model followed the next year – the Bonneville T100 Centennial Edition – marking 100 years of the Triumph brand.

Availabilty of the new limited edition versions has yet to be announced, but if you’d like to see a copper-tanked, McGregor signed Bonnie in your garage, you’ll have to visit your local dealer for more information.