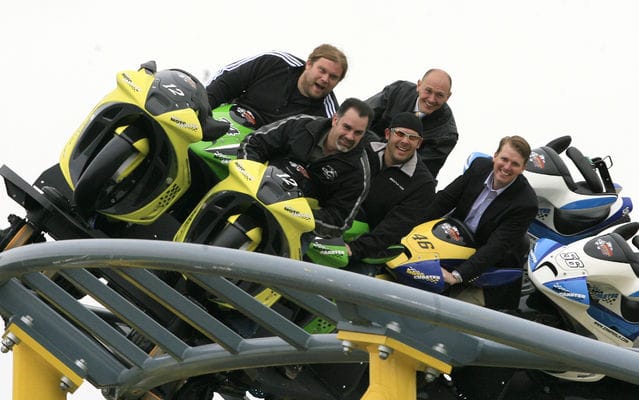 The partnership between Darien Lake and OCC includes the naming of their thrill ride and the build of a custom bike inspired by it, as well as the overall Darien Lake Theme Park Resort experience.

Some of the boys from OCC recently experienced the theme park to find the inspiration for their custom OCC MotoCoaster motorcycle. The design and build of the bike will be featured on an upcoming episode of American Chopper, the popular television show that features the feuding antics of the Teutul family, of Orange County Chopper fame.

The Teutuls are scheduled to return to the park in June to unveil the finished custom bike which will remain on permanent display at Darien Lake. During the unveiling of the custom chopper, a new design for the re-named Orange County Choppers MotoCoaster will also be presented.