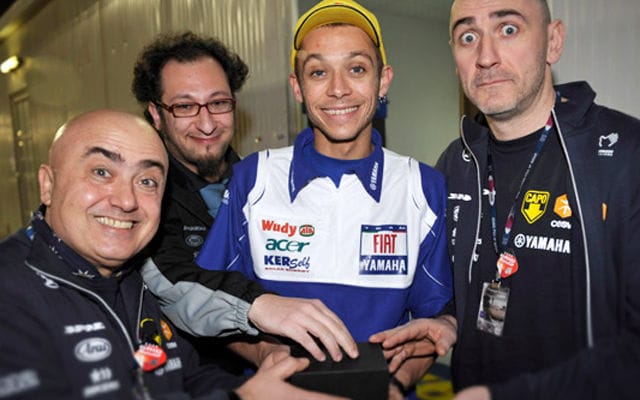 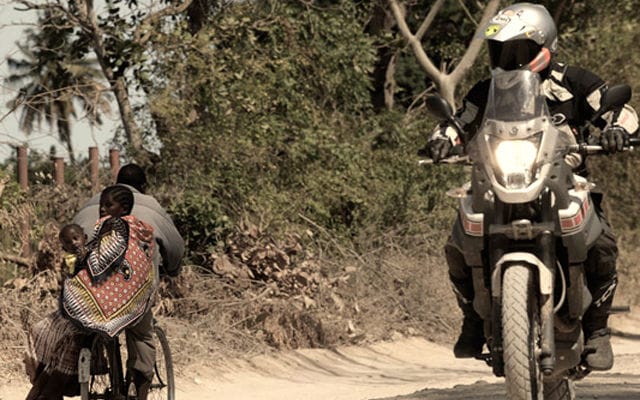 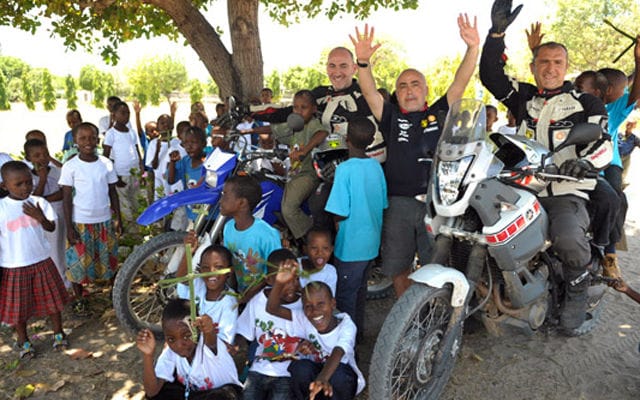 After the first round of the 2008 MotoGP championship in Qatar, racer Valentino Rossi gave a riding team comprising of Sergio Sgrilli, Marco Silvestri and Aldo Drudi a mysterious package to be taken across the continent and into the heart of Africa.

The weeklong 1,300 km journey to the Harambee project at Dar es Salaam in Tanzania, challenged the resolve and skill of the riders, but was successfully completed by the team using a Yamaha XT660Z Tenere and two Yamaha WR250Rs. The arduous route, comprised of dirt-tracks, searing heat and heavy rainfall, eventually took its toll on Marco Silvestri who suffered a compound fracture of an ankle during a crash.

Prior to the Silvestri’s injury, the expedition visited Njombe, an Italian project that has undertaken the construction of an important water supply system that will allow a community of 40,000 people to remain in the region without being forced to emigrate to the shanty towns around the big cities.

“We did almost 700 km of hard road before sampling central Africa’s dirt tracks,” said Silvestri. “Then it was a hard challenge for someone like me who’s only ever had to cope with the risks of the city, because in Africa it is still nature that commands, it is nature that decides when things can happen.”

“A storm hit us while we were riding up onto a plateau near Njombe, along a dirt road as red as fire and with holes as big as craters. In cases like this, you turn back. We didn’t. However, before I knew it, I was on the floor with a broken ankle. It was not the souvenir I wanted and on this occasion Africa beat me but I will also take away the memories of the children with their eyes shining with truth. I thought I was going there to help, but instead I was helped.”

As the trip continued, down to just two bikers, they made stops at a multi-religious village and children’s sanctuary in Villaggio della Gioia, and a CEFA farm, where a small but highly functional eco-sustainable dairy has been created, providing the population with cheese and milk.

A short distance away in Dar es Salaam, the tired duo finally reached their main goal. The purpose of Harambee project is to build a residential centre for mothers, but the very first step, even before a brick is laid, was the installation of running water. When the team opened the small parcel that had been given to them by Rossi, they found a new tap inside. It was the final element required to enable water flow to the project site.