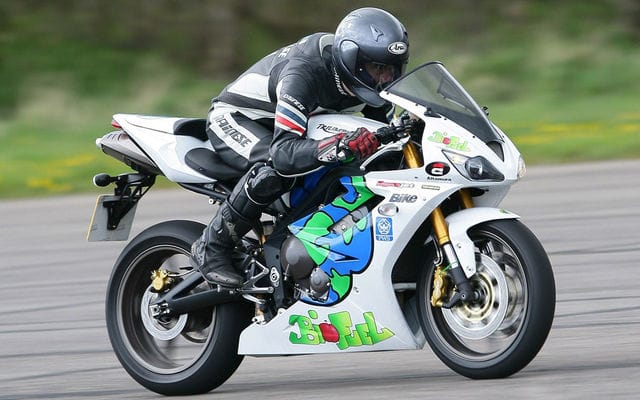 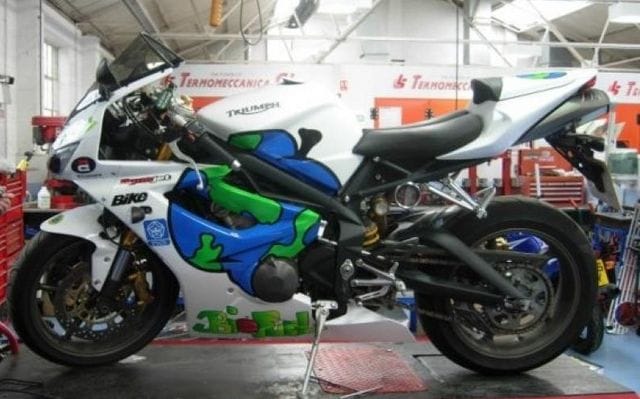 Rupert Paul, a contributing editor of Bike magazine, devised an unusual idea to build a high performance motorcycle to run on biofuel, in an experiment that was dubbed Project Fast Fruit.

After four months of hard work, a collaborative effort between Triumph Motorcycles, Bike Magazine and a group of high school students have managed to bring the idea to fruition.

Triumph provided a Daytona 675 for use as a test mule. According to Triumph their motorcycles are all designed for optimum performance with non-ethanol fuel, but are compatible with E10 fuels (10% ethanol), and are currently investigating making all models compatible with E25 fuel. Understandably then, they were quite keen in analysing the data from Project Fast Fruit.

Chemistry students from a school in Northamptionshire, England, were given the task of producing the fuel which was made from fermenting and distilling around 6,000 crushed apples.

Biofuel is a buzzword at the moment, and although still questionable from an environmental point of view, biofuels are here to stay. According to its creator, this experiment was all about exploring how much power could be extracted from the apples, as well as having some fun in the process.

Bike magazine modified the Daytona’s engine to run on bioethanol by a simple remap of the fuel injection system. The motor was first tested using readily available E85 fuel (85% ethanol) that produced encouraging results. The next phase, testing and optimization of the engine using the fuel produced by the students, was undertaken before a planned high speed run.

With a tank full of the magic apple juice, the Daytona 675 reached an impressive top speed of 254 km/h (159 mph) at the Bruntingthorpe Proving Ground. Rupert Paul commented, “We believe that achieving that speed sets a record for a production bike on home-brewed fuel.”