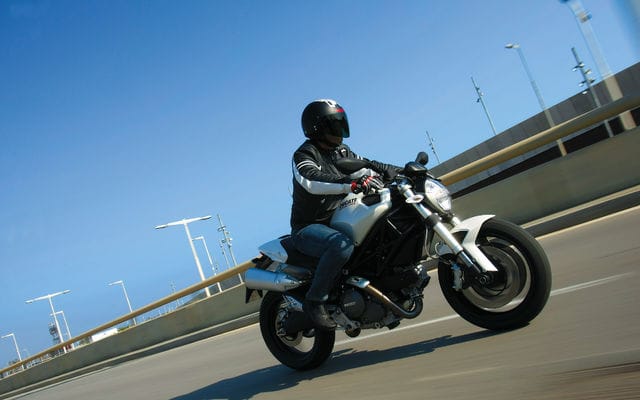 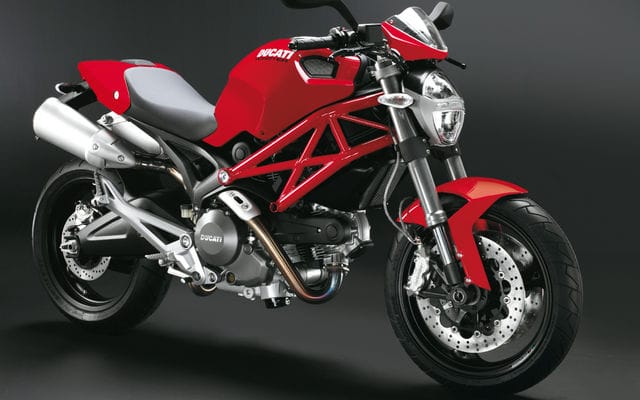 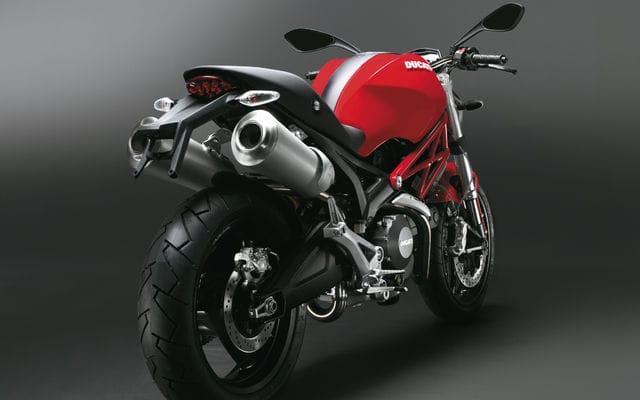 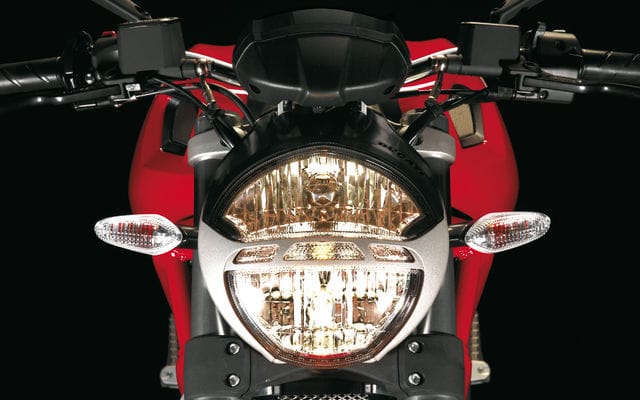 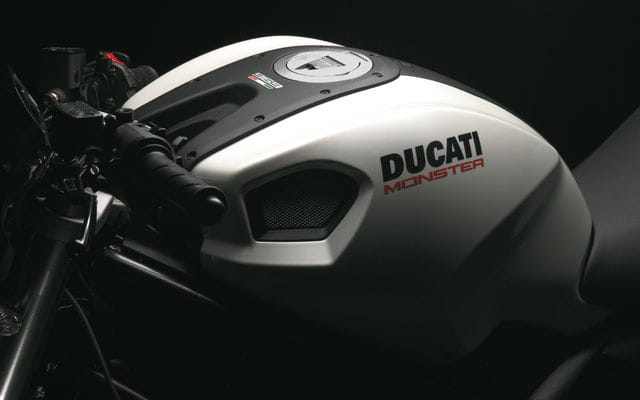 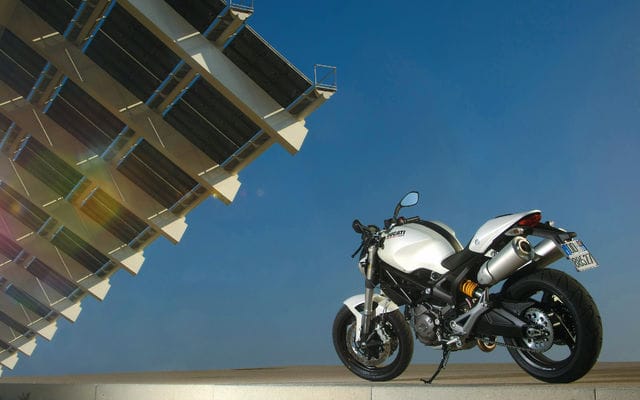 Ducati’s Monsters have aged remarkably well. When the model appeared at the Cologne show in 1992 it was a sensation. Released as a 1993 model, it, along with the 916, gave Ducati a one-two that kept creditors at bay. Ducati admits that the new Monster had to have the immediately recognizable profile of the original. It had tobe new, but it couldn’t look too new.

The engine, which shares capacity with its 695 cc predecessor, received slightly larger valve diameters, camshafts that run in bushings instead of heavier and bulkier bearings, and additional fins on both the head and the cylinder improve cooling. An additional Lambda sensor for the second cylinder better allows the computer to modulate fuel injection. The upshot of the revisions is a claimed 9 percent boost in power to 80 hp and an 11 percent boost in torque to 50.6 lb-ft. The power is a welcome addition, because previous generation small-bore Ducati 620 cc and 695 cc twins were just a little too slow to be fully entertaining.

The small Monster has been the biggest-selling bike in Ducati’s most popular range. Sixty percent of purchasers are buying their first motorcycle, according to Ducati, so if they’re ever going to become dedicated to the brand then this is the time to hook them—but if the bike is bland, where is the motivation to continue on to more expensive models? And after a day in the saddle, I can say with surety that the 696 has more of what makes a Ducati appealing than any previous entry-level Monster or Multistrada.

As soon as you thumb the starter button you’re struck by how the sound is improved. The 696, while not overly loud, has the classic Ducati beat. A Ducati staffer sees the skepticism in my face when I ask if the mufflers are stock and drags me underneath to show the homologation numbers stamped on the inside of the pipes. A first on a Monster, the exhaust pipes do not wrap beneath the engine but rather snake through the frame rails and exit to mid-height mufflers. The system is well designed and heat is safely kept away from the rider’s leg.

Long a Monster woe has been insufficient steering lock, an unforgivable gaffe on an urban bike. The Sachs shock is adjustable for preload and rebound damping and is sufficient for the task. An area where Ducati admits that it has skimped in the past was on brakes for its less-expensive bikes. No longer the case, the 696 has twin 320 mm discs and four-piston radial-mount calipers—impressive bits for a $9,495 motorcycle. More importantly, modulation will not terrify the novice, as actuation is smooth and lever effort levels are higher than those required for a comparable system on a pure sport bike.

The dash, too, is nicely executed. I prefer the legibility of analogue gauges, but the bar graph tachometer is easy to read and all that’s missing is a fuel gauge (to replace the low-level warning light) and a gear position indication, which should be mandatory on motorcycles pitched to beginners.