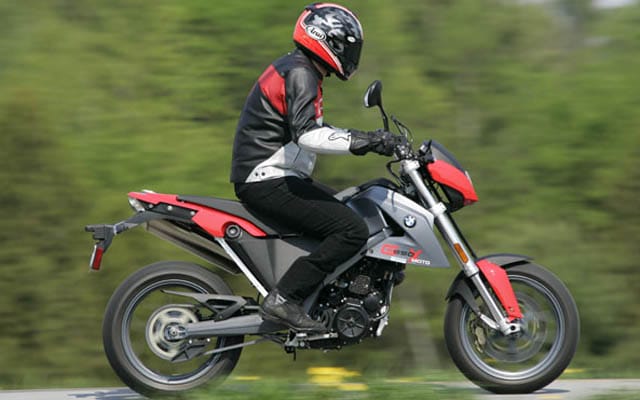 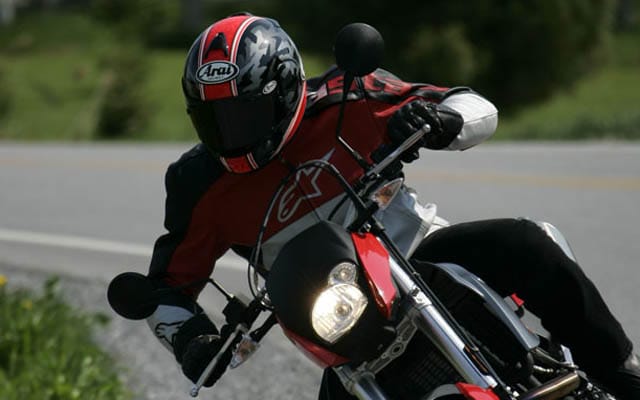 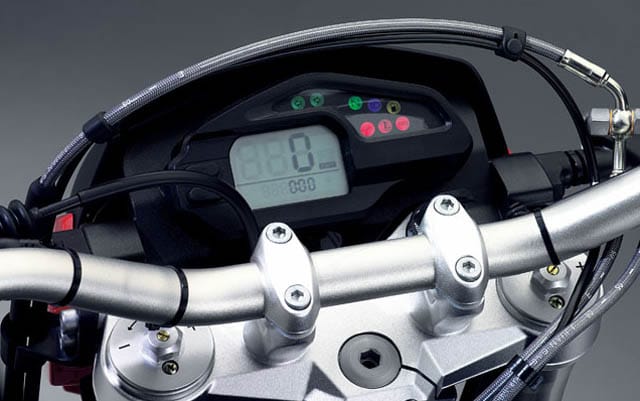 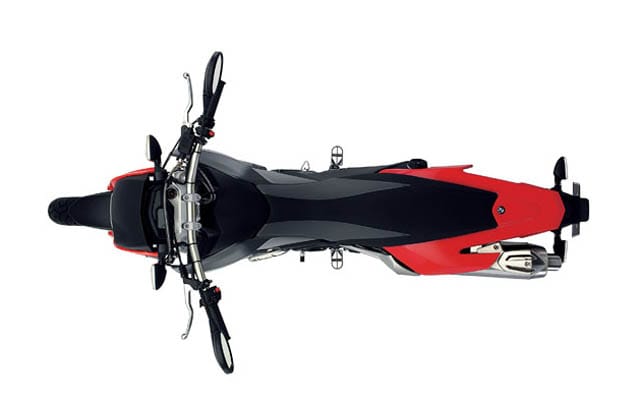 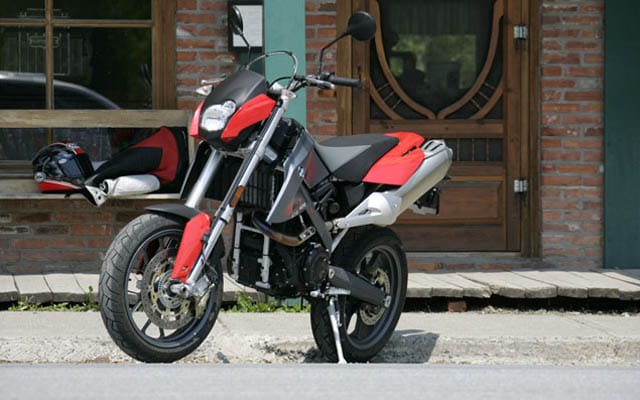 A few years ago, not many would have anticipated that BMW would produce a supermotard, but the motard-style G650X Moto is one of three new single-cylinder models released this year—and of the three, it’s the hardest to figure out. Parked nearby is our BMW G650X Moto test bike, its hot exhaust pinging as it cools. It’s the first time the big thumper has had time to rest all morning. The winding country roads surrounding Bedford, Quebec are motard paradise: hilly, tight and smooth. And although the G650X Moto is the first attempt by the German manufacturer at this very focused segment, it’s amusing to ride. For a while at least, because just as the bike needs to cool-off, so does its rider.

Several of BMW’s latest models are designed to allure younger riders to the brand, and the Moto is probably the best example of this marketing strategy. It is one of three new lightweight models designed in collaboration with Aprilia and built in Italy at Aprilia’s Scorzè plant. The G650X Challenge dual-sport and the Country roadster complete the trio. All three feature a steel frame that uses cast aluminum side plates, with a bolt-on aluminum subframe and an aluminum single-shock swingarm. This new chassis wraps around the familiar 652 cc Rotax fuel-injected single that powers the firm’s F650 models. Claimed output is slightly higher at 53 hp/7,000 rpm (50 hp for the F series), while maximum torque remains 44 lb-ft. A five-speed gearbox transfers power to the rear wheel via an O-ring chain.
Engine performance is very good, with generous low-end torque, but it doesn’t match the KTM 690 Supermoto, which is rated 10 hp higher. Claimed dry weight is low for a street bike at 147 kg (324 lb), 5 kg lighter than the KTM and a whopping 28 kg (62 lb) less than its sibling, the F650GS. Lack of weight enhances highway passing, as the Moto easily blasts by slower traffic in top gear. Lugging the engine in a higher gear at low rpm produces a surprising amount of shuddering.

KTM specializes in off-road competition motorcycles and applies years of racing experience into its supermoto models, a luxury not afforded to BMW in the development of the Moto, even with the help of Aprilia. Despite its racing background, KTM finally learned that street motorcycles, even narrowly focused ones like supermotos, should offer at least some measure of rider comfort. After initial complaints of jarring vibration on its 625 SM models, the 690 gained the vibration damping benefits of a counterbalancer. Although the Moto is also counterbalanced, enough vibration transfers to the rider at highway speeds to make your hands tingle and your bum numb. Its sliver of a seat is hard and only makes matters worse. Sliding back to where the seat is a tad wider might buy you an additional 20 minutes of riding before you’re burning to get off.
Seat height is excessive at 920 mm (36.2 in.). Even tall riders tiptoe, and while a tall seat height is justifiable on the off-road G650X Challenge dual-sport at 930 mm, on a bike aimed primarily for street use it is unnecessary and hampers handling, as the machine’s centre of gravity sits too high. This is especially noticeable when negotiating tight switchbacks, where quick turning transitions are clumsy, a condition compounded by overly soft suspension springing. As a street bike, the G650X Country probably makes more sense, with its reduced suspension travel and 840 mm (33 in.) seat height.

Steering is quick and light, though the Moto doesn’t feel as planted as other bikes in the class—there are only two, after all, when including the Suzuki DR-Z400SM and the aforementioned KTM. Loose jacket sleeves flapping in the wind cause the bike to waver about at speed, as do a series of bumps. Enough suspension adjustability is available front and rear (compression and rebound damping in fork; spring preload and rebound damping in shock) to cope with varying road conditions and riding styles, though the overall ride quality is harsh. This is highly uncharacteristic of BMW motorcycles, which usually have well-balanced and silky-smooth suspensions—but another firm built this machine, if you recall.

Abundant cornering clearance and sticky Pirelli Diablo radials allow extreme lean angles. Our test bike is equipped with optional ABS, which is a welcome safety feature, though it’s not in the spirit of a supermotard and eliminates the chance of tire-smoking slides. The system can be turned off for riders who want to emulate Ruben Xaus’ feet-up,
one-handed drifts—but unless you are currently a licenced World Superbike competitor, we’d recommend against it. Braking power is strong, provided by a single Brembo four-piston caliper and 320 mm front disc, but a softly sprung fork allows considerable nosedive. A single-pot rear caliper acts on a 240 mm disc and is easy to modulate. Fuel capacity is a meager 9.5 litres, but fuel economy is excellent, as we averaged 4.5 L/100 km (63 mpg), providing a range of just over 200 km.

BMW may be lagging behind in its development of high-performance niche vehicles (HP2 excluded), but with a new 450 cc enduro machine currently competing in various rounds of the World Enduro Championship, and more importantly, the firm’s recent purchase of Husqvarna, you can expect the company to catch up very quickly. The other two G650X models are more interesting motorcycles, because while the G650X Moto wears the clothes of a high-performance machine with race-bike pedigree, beneath the sheen is a mediocre motorcycle with a powerful but vibratory engine and a bad seat. It’s more of a back-to-basics machine, though without a motard-mandatory tachometer or passenger footpegs, maybe it’s too basic. All of that wouldn’t be too bad if it was priced accordingly, but at $11,500 without ABS, it’s going to be hard to sway the type of performance-minded rider this bike is designed to entice. And with only two other machines in this tiny segment—both priced below the G650X, the choice won’t be hard to make—for now.