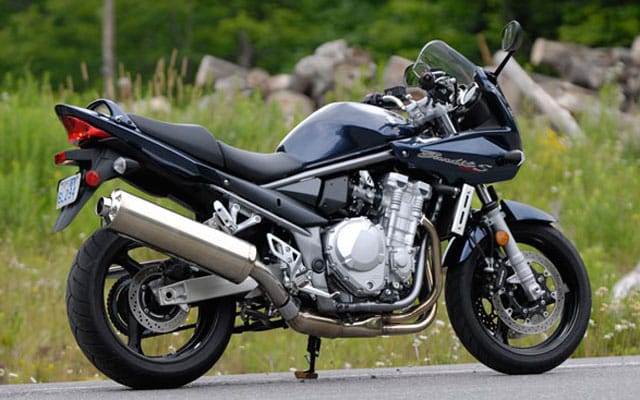 We picked up our Bandit 1250 in early July, which is, admittedly, a bit late for a long-term test bike—so we got straight to work. Immediately we went to the Parry Sound Sport Bike Rally, then on a tour of the picturesque Muskoka region of Ontario before editor Costa Mouzouris took the back-road route home to Montreal. For 2007, the Bandit has been upgraded with a liquid-cooled engine and fuel injection, both welcome improvements. Engine displacement is increased to 1,254 cc from 1,157 cc, and the subsequent increase in power is impressive. The big Bandit has a deceptively middleweight feel, but packs the midrange punch of a full-sized musclebike. We would have preferred the ABS model (at only a $500 premium), but we had to settle for the standard model, as the former is in high in demand and wasn’t available in Suzuki’s press fleet.

We’ve accumulated 1,800 km on the Bandit to date, and so far, we love it. Its power-biased power-to-weight ratio makes it an absolute joy to ride, and its friendly ergonomics mate well with the CC staff’s aging and abused bodies. We’ll have a full report on how the Bandit fares after a season in the saddle in an upcoming issue.