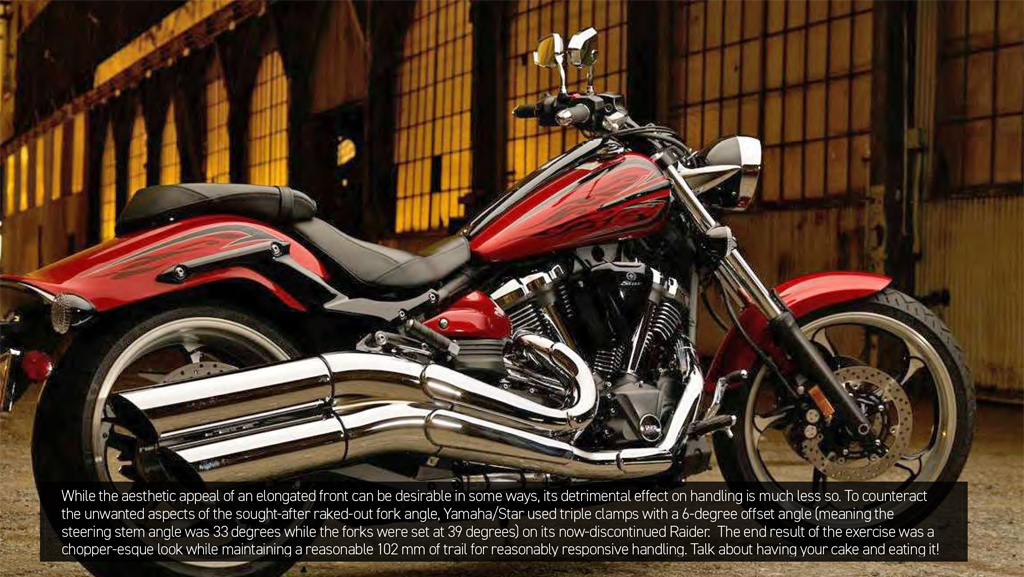 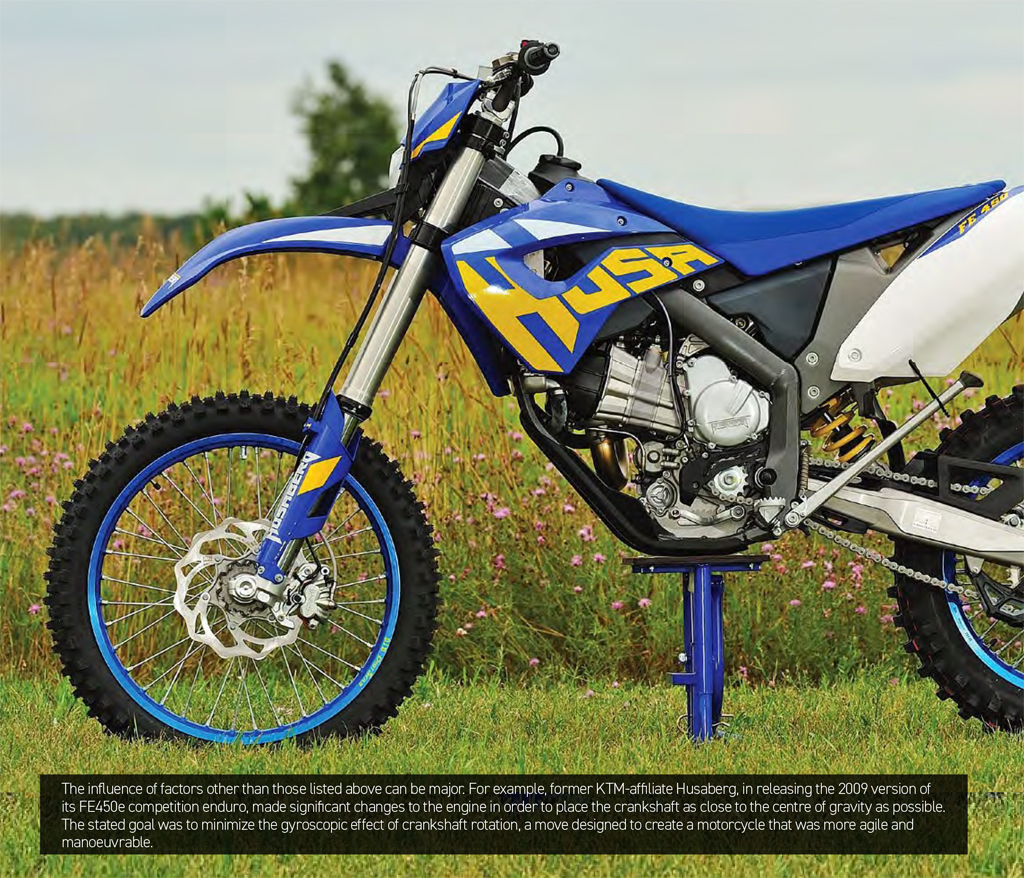 As we mentioned in our very first column, the powertrain occupies a privileged place in our perception and fascination with motorcycles. Truth be told, however, the nature of our relationship and interaction with our motorcycles on a daily basis is much more determined by another key element, the chassis. Indeed, the vast majority of a motorcycle’s characteristics, whether it be handling, comfort or braking behaviour, for example, are the product of the choices made by engineers when designing the chassis. One can even justly state that the importance of the chassis is such that the priorities of the chassis designer often set the guidelines for the powertrain team.

When the real work of designing a motorcycle begins, engineers have to choose certain critical parameters, which determine the behaviour, and of course the aesthetics, of the final product. It’s obvious that the computerization of the exercise has revolutionized the time required to complete the job, but the essential variables remain the same:

A term that applies to the front end, it is the angle created between the axis of the steering stem and the ground. Seen from the side, it is the angle of inclination of the forks. Rake (also known as caster angle) is crucial in determining straight- line stability as well as how quickly the bike responds to steering input. The more vertical the steering stem is (or perpendicular to the ground), the faster the bike will respond to input from the handlebars and the less stable it will be in a straight line (it will have less tendency to self-correct).

This term relates to the distance between an imaginary line passing through the centre of the steering stem (and extended to the ground) and the tire’s contact patch with the ground. In general terms, its effect is similar to that of the rake on the behaviour of the motorcycle, that is to say, it affects straight- line stability and the speed and degree of response to handlebar input. Trail is a function of fork offset and rake (as well as wheel diameter). Usually, increasing the fork’s offset reduces trail (and therefore stability), making steering more responsive and vice versa.

This refers to the distance between the two wheels (measured at the centre of the two axles). Generally, the longer the wheelbase, the more stable the motorcycle is and the slower it will respond to a change in steering input, and vice versa.

It would be simplistic to say that these are the only elements that influence the behaviour of a motorcycle. In fact, the opposite is true. Other factors including the location of the centre of gravity, rider position, suspension geometry and travel, wheel diameter and width, as well as frame and component stiffness, with also play important roles. What you experience when riding your motorcycle is the product of the interaction of all of these factors.

The influence of factors other than those listed above can be major. For example, former KTM-affiliate Husaberg, in releasing the 2009 version of  its FE450e competition enduro, made significant changes to the engine in order to place the crankshaft as close to the centre of gravity as possible. The stated goal was to minimize the gyroscopic effect of crankshaft rotation, a move designed to create a motorcycle that was more agile and manoeuvrable.