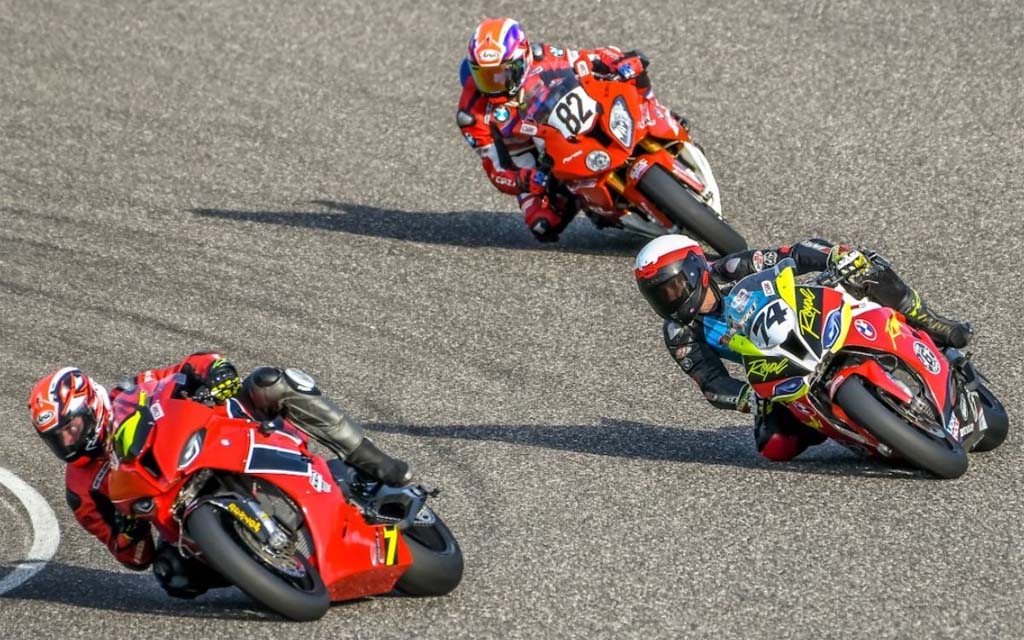 Pro 6 Cycle will host the first-ever Regional motorcycle road racing series at the famed Calabogie Motorsports Park venue south west of Ottawa, ON, in 2021.  The four round Championship will feature classes for both Amateur and Professional level two-wheeled competitors and be co-sanctioned by the Canadian Superbike Championship (CSBK), organizers of the National road racing Championship tour.

In all cases, a selection of Pro 6 organized Track Day activity will be offered on the days surrounding race day, with details soon available on the Pro 6 web site.

Pro 6 provide a performance shop located in downtown western Toronto, as well as hosting Track Days and Schools at a variety of locations, principally Calabogie Motorsports Park.  The official spec tire of the CSBK National tour is Dunlop, and distribution and support for the popular Dunlop brand is exclusively provided by Pro 6 at each round. Dunlop competition tires are manufactured just across the border in Buffalo, New York.

Pro 6 first offered Track Day activity at the recently completed Calabogie venue in 2007, and since then has built a solid following at one of motorcycling’s favorite circuits.

Calabogie Motorsports Park provides a unique challenge, with 20 turns during each undulating 5.05-kilometer-long lap.  The paddock facilities are also top notch, making the venue a key destination for competitors across North American.

The new Series will be named Pro 6 GP and offer Canadian competitors their first-ever summer-long chance to compete at Calabogie.  Up until now, only the Vintage Road Racing Association (VRRA) offered a yearly event for motorcycles, although the CSBK National tour has competed at Calabogie multiple times, starting in May 2008.

In 2020, after several delays due to the COVID19 pandemic, the CSBK tour opened at Calabogie last July. The successful event was made possible by the willingness of Pro 6 to share their planned track time and work with the National Championship organizers to stage an abbreviated National program.  A similar, multi-day event took place a month later at Canadian Tire Motorsport Park near Bowmanville, ON, again hosted by Pro 6.

“We have been considering something like this for some time,” confirms Pro 6 founder and former AMA Pro 250cc Grand Prix competitor Noce of the new racing initiative.  “We think the time is right to offer this series to our customers, and we are looking forward to growing our sport with the help of the Calabogie and CSBK staff, taking full advantage of the beautiful Calabogie circuit and facilities.

“Pro 6 GP have a strong staff lined up to stage these races, and some great ideas for running a Championship series that should be well received by Canadian competitors.  We’re really looking forward to getting started on the first-ever season of Regional competition at Calabogie in 2021.”

Further details will be announced in the coming weeks, and 2021 on-line registration details will soon be available at Pro 6 Cycle’s web site – pro6cycle.com.