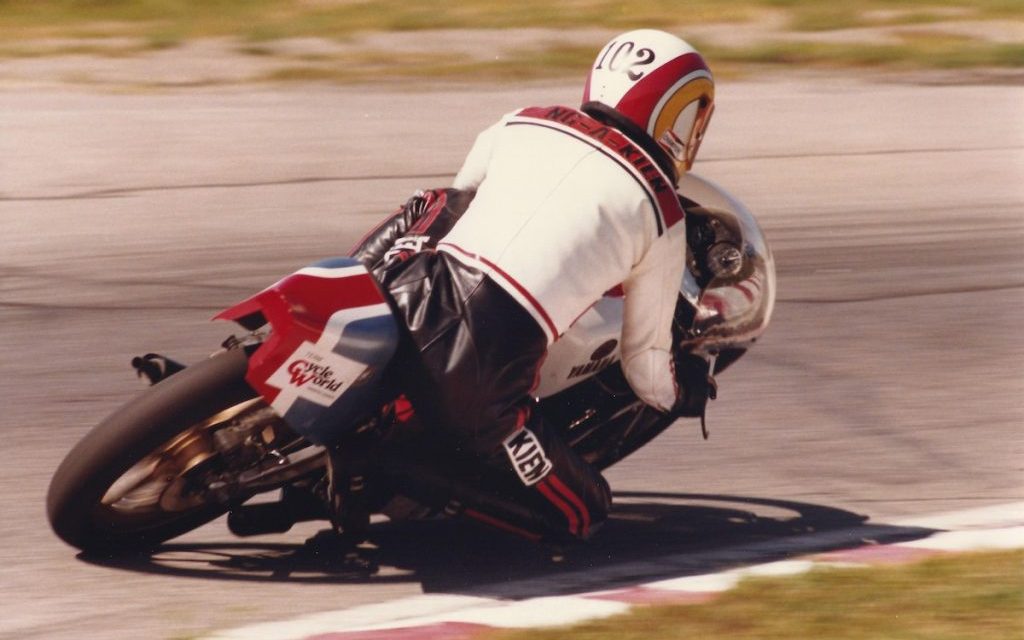 The Canadian Motorcycle Hall of Fame is very pleased to announce the 2nd of the Class of 2019 to be inducted.  This year, 7 legends and champions will be honoured at the Annual Canadian Motorcycle Hall of Fame Induction Banquet and Reunion, which takes place on November 2nd, 2019 at the Sheraton Toronto Airport Hotel & Conference Centre in Toronto.

It gives me great pleasure to announce Clive Ng-A-Kien’s induction into the Hall of Fame, says Paul Germain, Chairman. All the directors, contributors and volunteers of the CMHoF as well as myself, join together in welcoming Clive as one of our 2019 inductees. Congratulations!!

Clive Ng-A-Kien’s family immigrated to Canada from South America at the end of 1975 and the following year the talented young Guyanese rider was racing on a Yamaha TA 125 out of West Hill, Ontario Yamaha dealer, Ernie White.  He was consistently running in the top five as a first-year junior rider.  In 1977 Clive remained a junior class rider but moved up to a new Yamaha TZ250 and won both the Canadian 250cc and 500cc championships.

Clive is a five times Canadian 250 Grand Prix Champion, having won the Canadian National title for five consecutive years from 1980 to 1984.  He captured those five National Championships at a time when the 250 Grand Prix Class was one of the premiere road racing classes in both Canada and the United States.