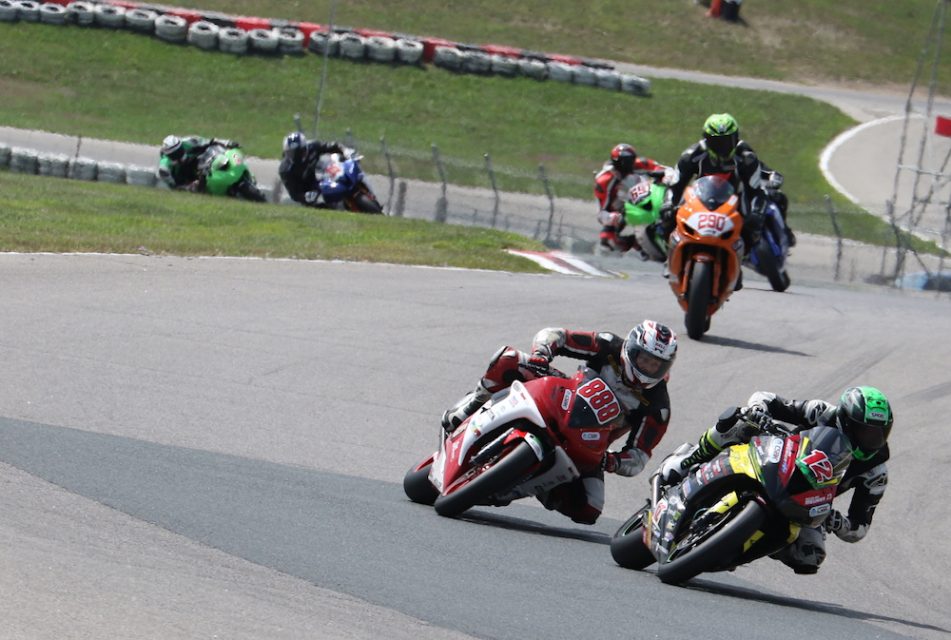 Parts Canada will also continue to back an unusual initiative recognizing the “Hardest Charger” in Amateur Sport Bike action.  A comparison of best lap times between Qualifying and each Race will determine the winner of the “Parts Canada Hardest Charger” for that event.  Famed Italian supplier Alpinestars, exclusively distributed in Canada by Parts Canada, will provide the awards, including various items of pit support equipment.

Competitors will only be allowed to win this special bonus once per season, so in the case of a repeat best effort, the second best racer will get the Award.  At the completion of the CSBK tour at Canadian Tire Motorsport Park August 12, the results for the season will be tabulated and an overall Parts Canada Amateur Sport Bike Hardest Charger Champ will be crowned.

Parts Canada will also provide support for contests and social media giveaways prior to and during National events, encouraging participation by fans, spectators and competitors.

Parts Canada is a national distributor of aftermarket parts and accessories for the Canadian power sports industry.  With distribution centers in Calgary, AB, and London, ON, Parts Canada have the ability to offer next day delivery from coast to coast.

The 2019 Mopar CSBK tour kicks off at Shannonville Motorsport Park east of Belleville, ON, May 16-19.  Shannonville hosted the second-ever Canadian National Superbike event on September 21, 1980.

Reigning National overall number one plate holder Jordan Szoke of Lynden, ON., has won the opening race at Shannonville for the past six years and aims to make it seven in a row in his debut on the Express Lane Kawasaki ZX-10R Ninja Superbike.