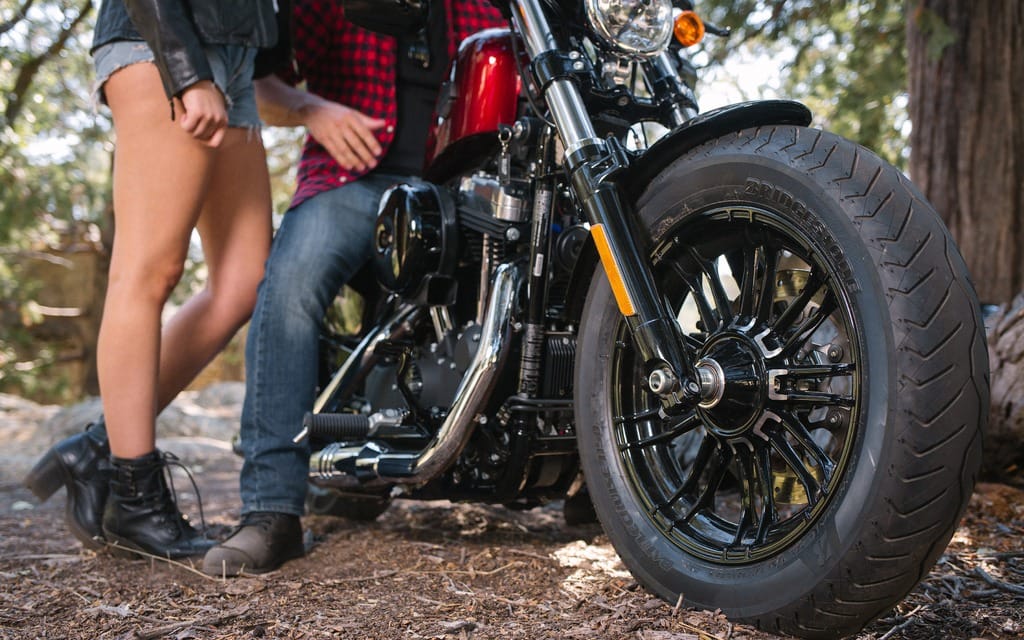 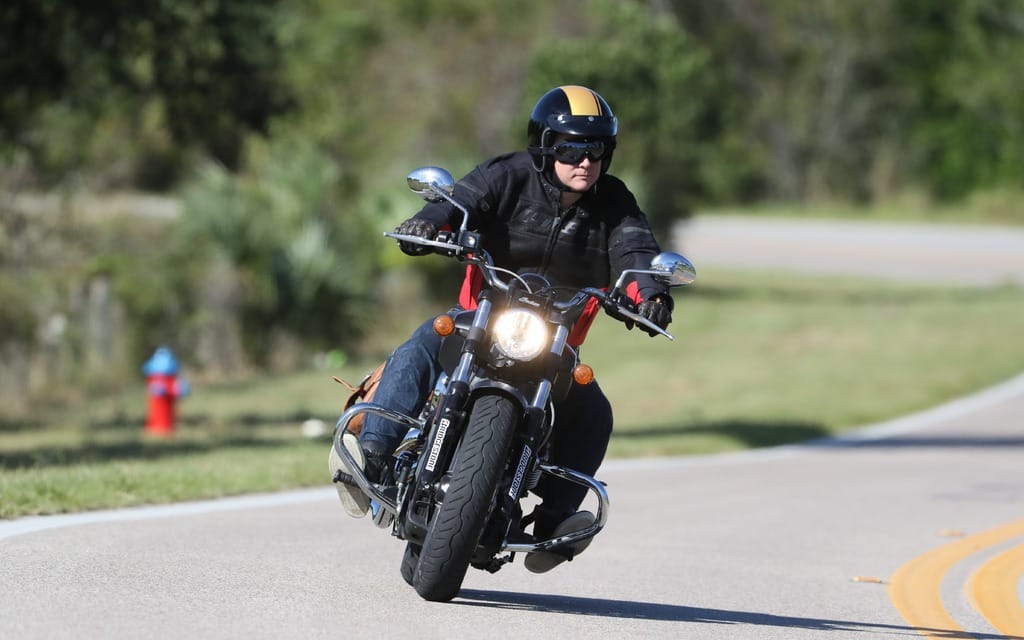 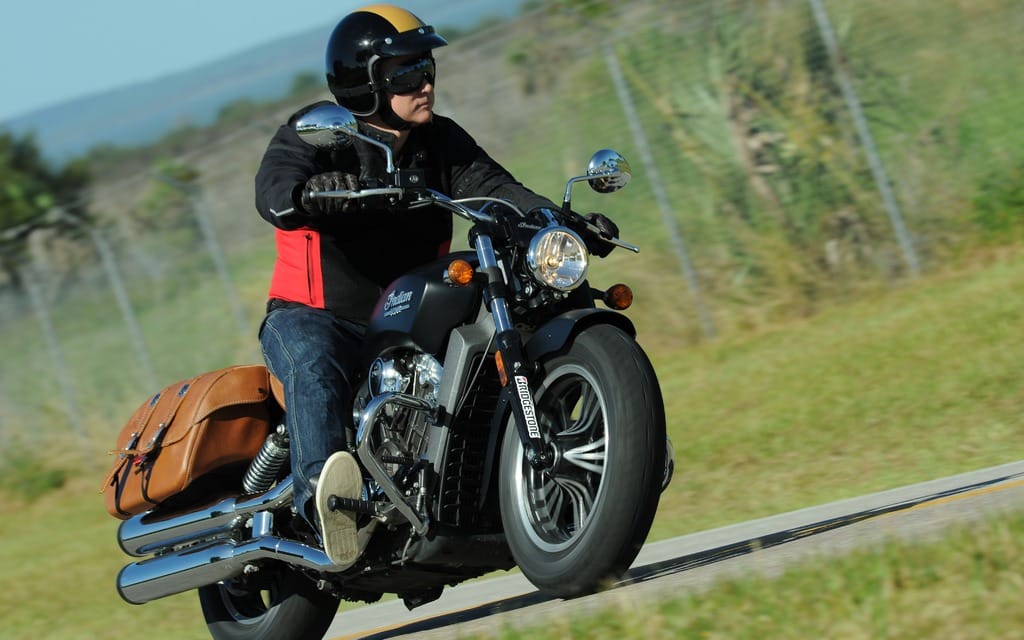 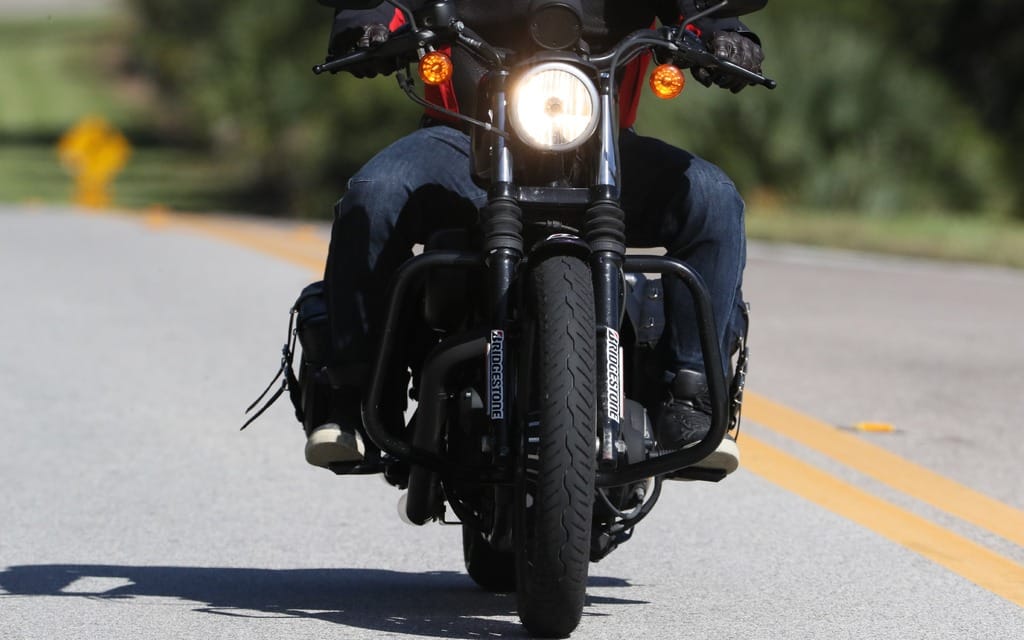 New shoes for American V-twins promise comfort and performance.
The motorcycle world is constantly evolving and we find more and more technology in each new model. Our steeds are more powerful, more torquey, and their frames are increasingly evolved thus more demanding for the tires. No matter how many ways engineers find to make motorcycles safer, a bad tire can ruin a perfect ride.

The Bridgestone company constantly refreshes its range of motorcycle tires. In January it was the Battlax S21 launch for sport bikes, and more recently the Japanese company unveiled its first tire designed specifically for American V-twin motorcycles: the Battlecruise H50. They always offer an alternative model for metric cruisers but the H50 is designed for the specific requirements of big American V-twins.

With their new Ultimate eye device originally used to design the tires of Formula 1 and Moto GP, engineers can perfectly simulate the conditions of long-term road use. They are able to calculate the level of traction, heat, friction and wear for the tires they develop or those of their competitors. The representatives of the company explained that they take about five years to design, draw and develop patterns of the tires they launch.

The first wave of H50 tires that will be released will be aimed at light cruisers such as the Indian Scout and Harley-Davidson-Sportster. So a fleet of Scout and Harley Dyna and Sportster models was waiting for us under the palm trees of Orlando on a warm October day. We started on a short 80 km ride on roads of different categories. Our guides first brought us to a typical American motorway, where we immediately noticed the riding smoothness at high speed of the Battlecruise. Then we shifted to secondary roads with more rugged surfaces. Again, the tire responded well. With the new tire and the pleasant comfort of the suspension of the Scout I was riding, I did not feel most of the road imperfections. We then were treated to a small route with many medium-radius curves where we could scrape the footboards for the photo and videos. I took the opportunity to test the capabilities of the tire at medium and high speed. These H50s gave me good feedback and the enjoyable feeling that the tires were sticking no matter how fast I was taking the curve. No jitter, no sense of loss of traction, no floating on the curve line. The tire is planted in its path. Moreover, according to the complicated calculations of engineers, the H50 Battlecruise also requires less pressure on the handlebar when turning.

To show us how their tire was different, they had the great idea—well at least for them—of mounting a set of a competitor’s tires on two other motorcycles. I did not find so great a difference in ride comfort in a straight line but the differences were clear when I hit the first curve. As soon as I pushed on the handlebar I felt a greater resistance to the change of direction. Once on the angle, I felt a lot more vibration, as if the tire wall was bending more easily. This obviously had an impact on confidence in my front end and my corner speed. Proof that a more efficient tire is can enhance a rider’s peace of mind.