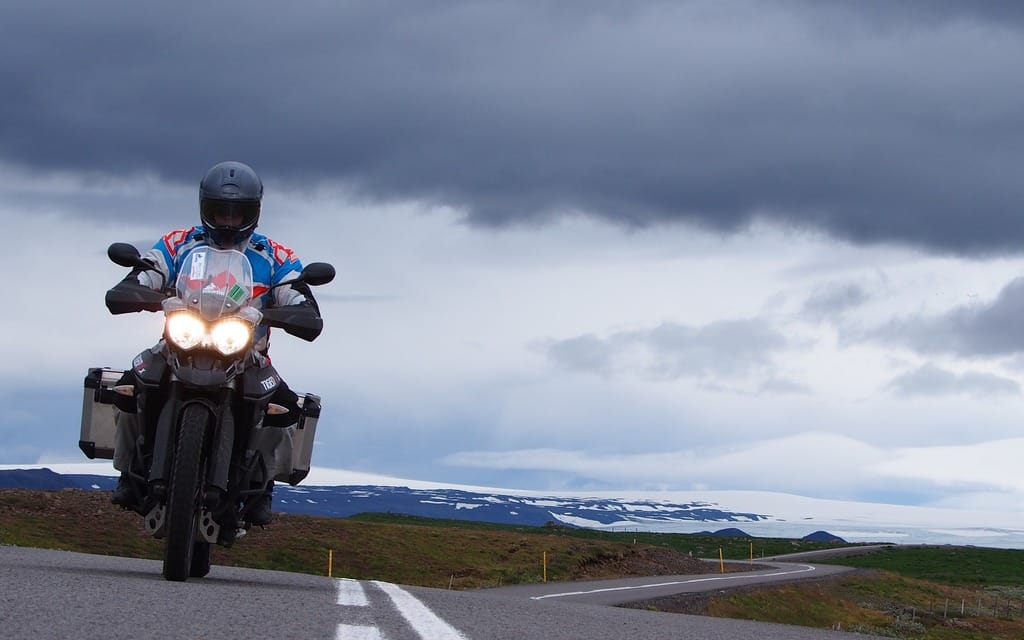 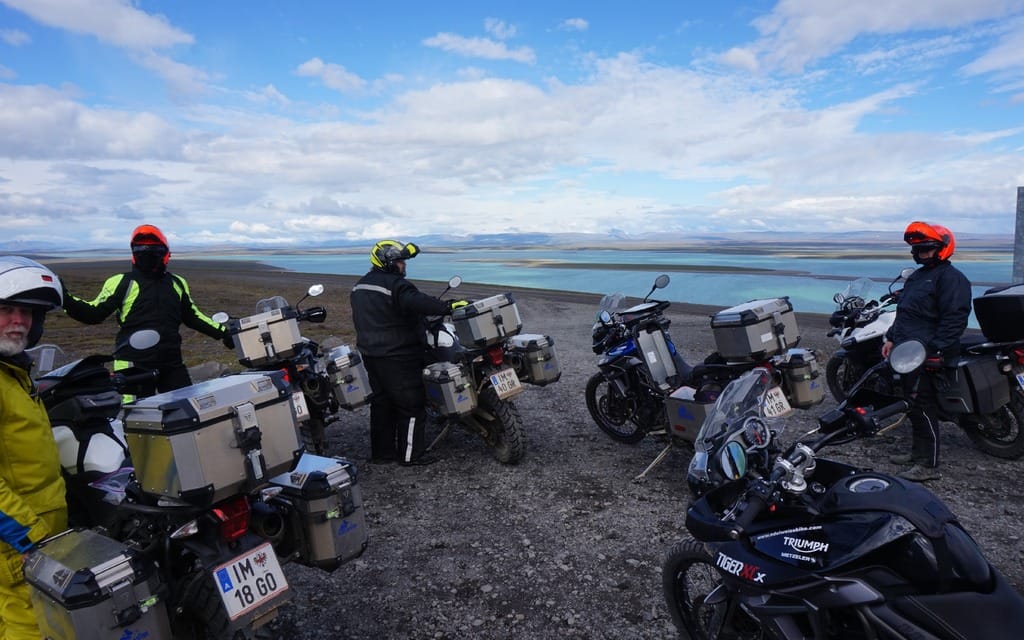 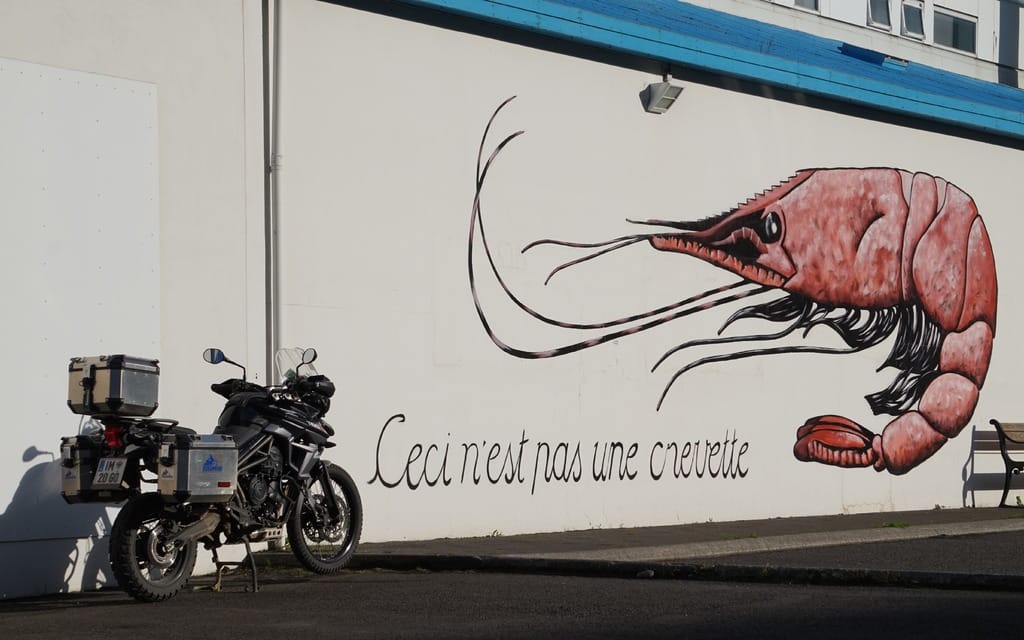 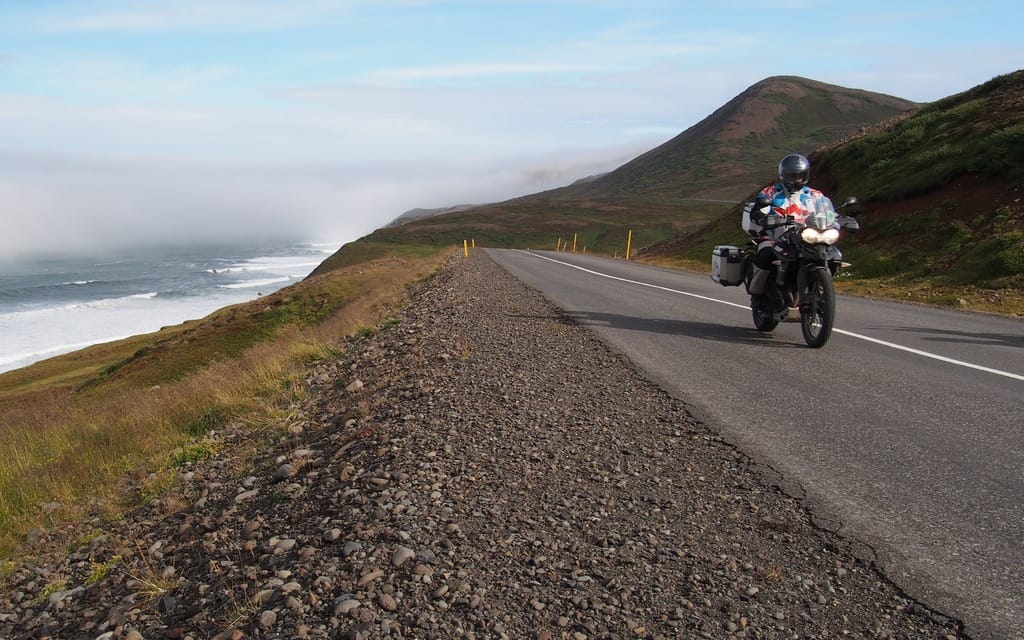 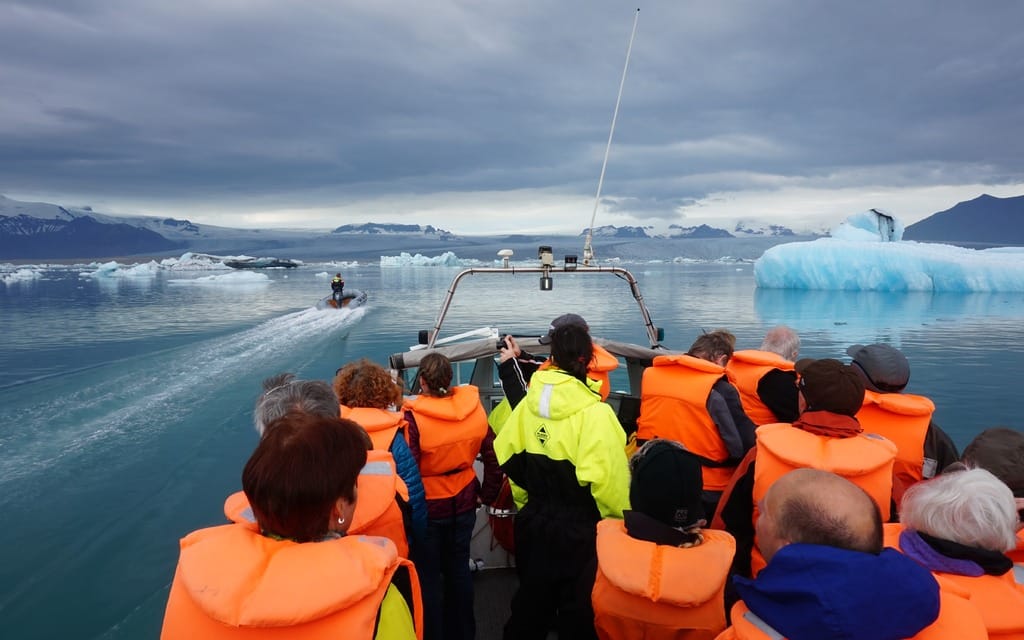 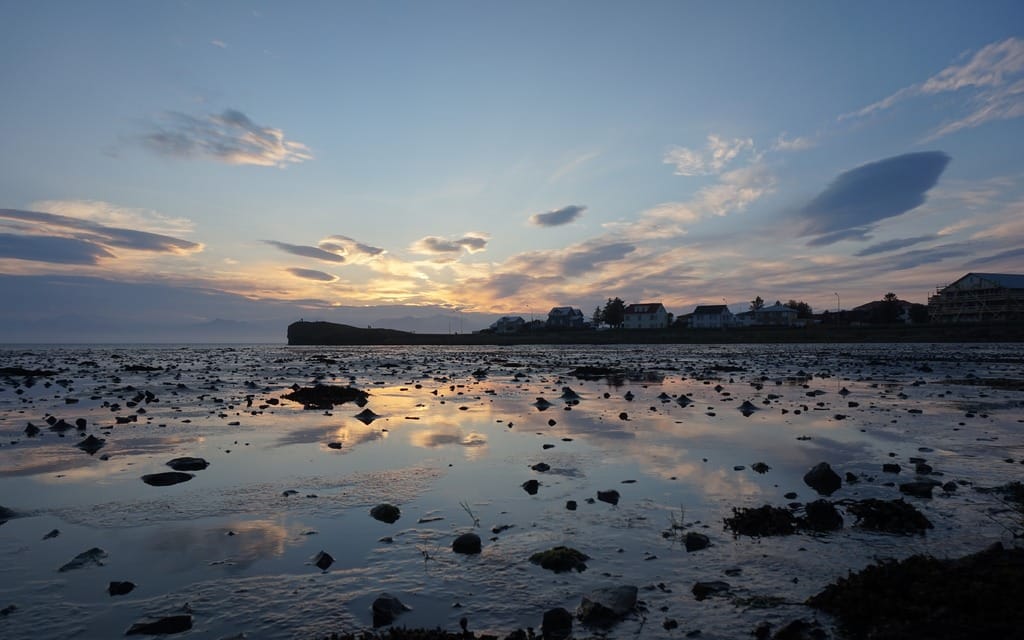 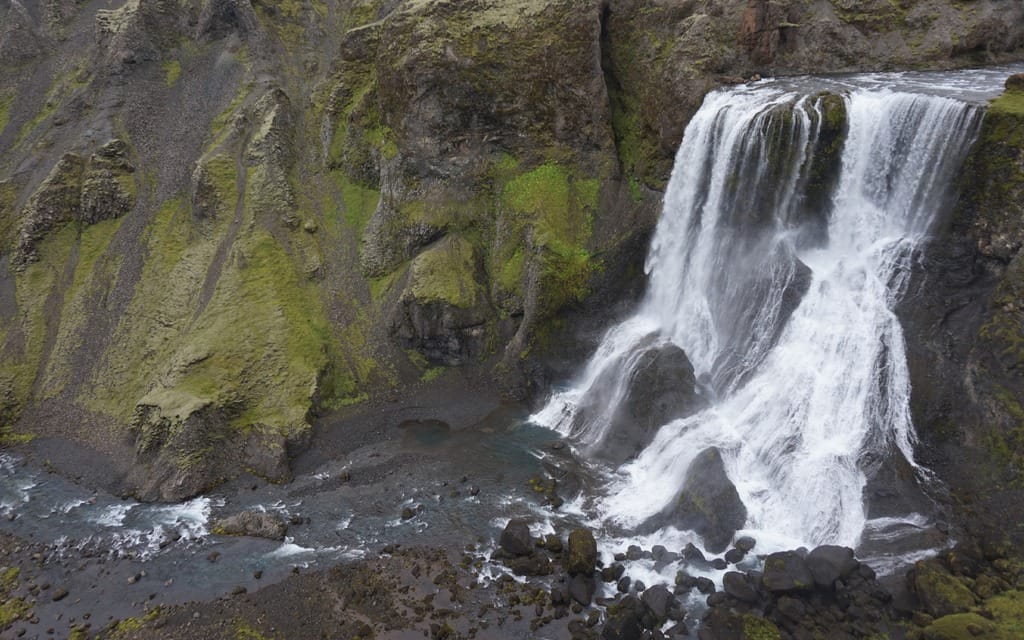 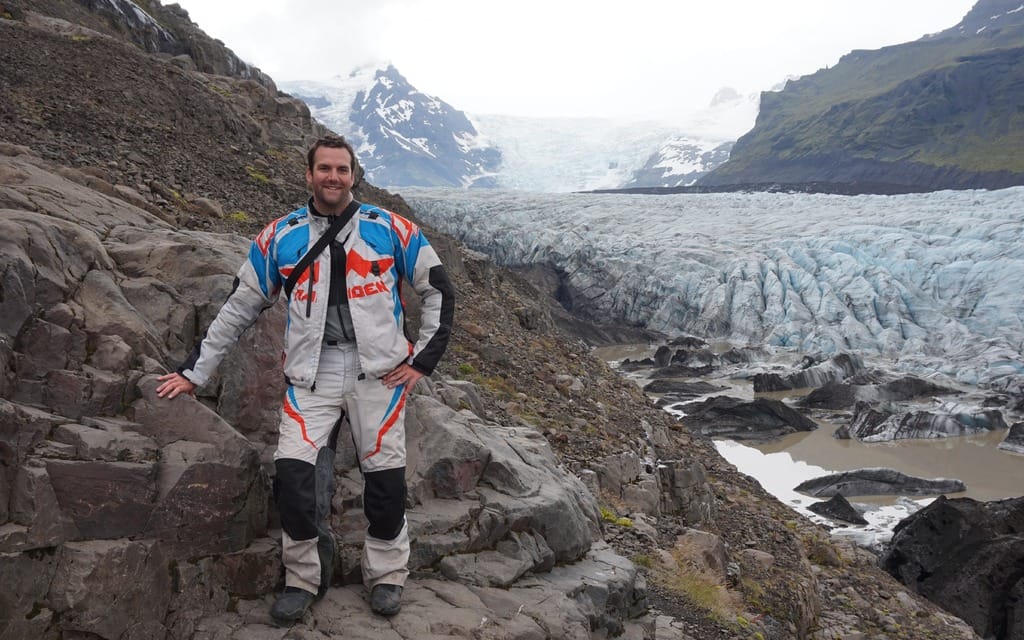 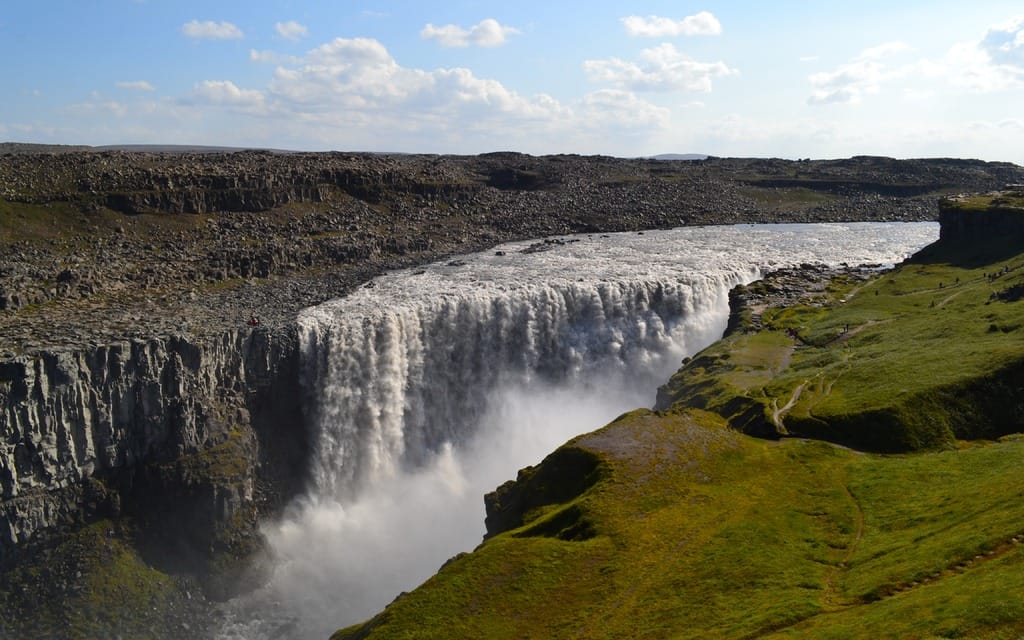 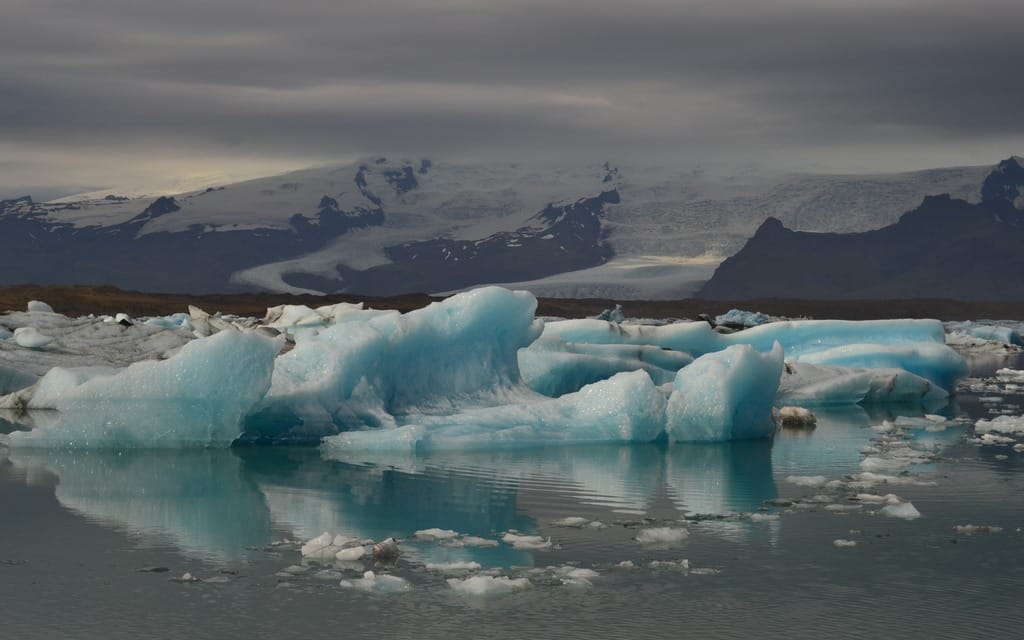 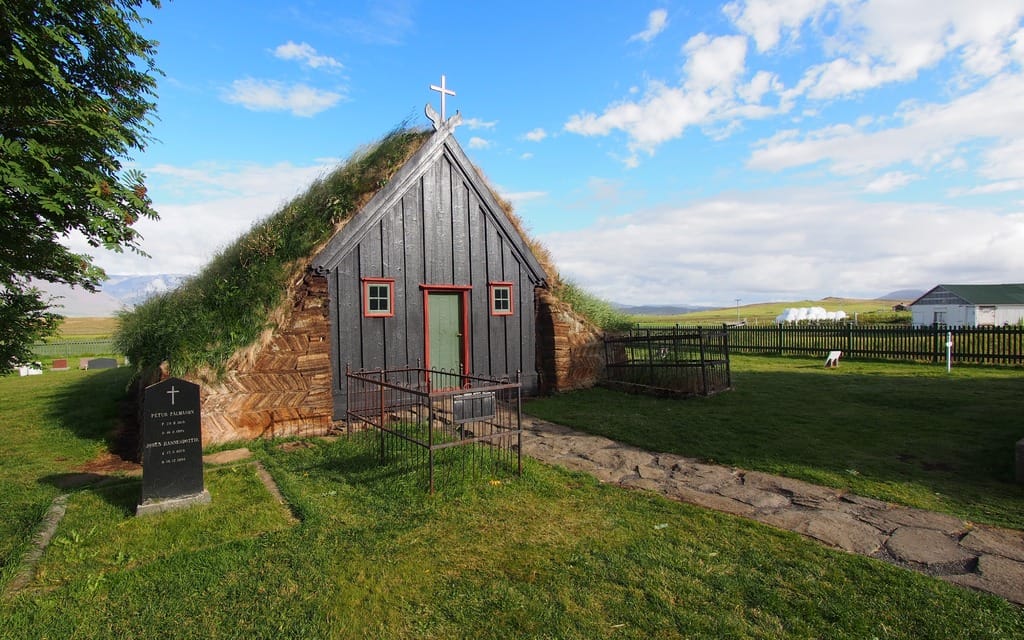 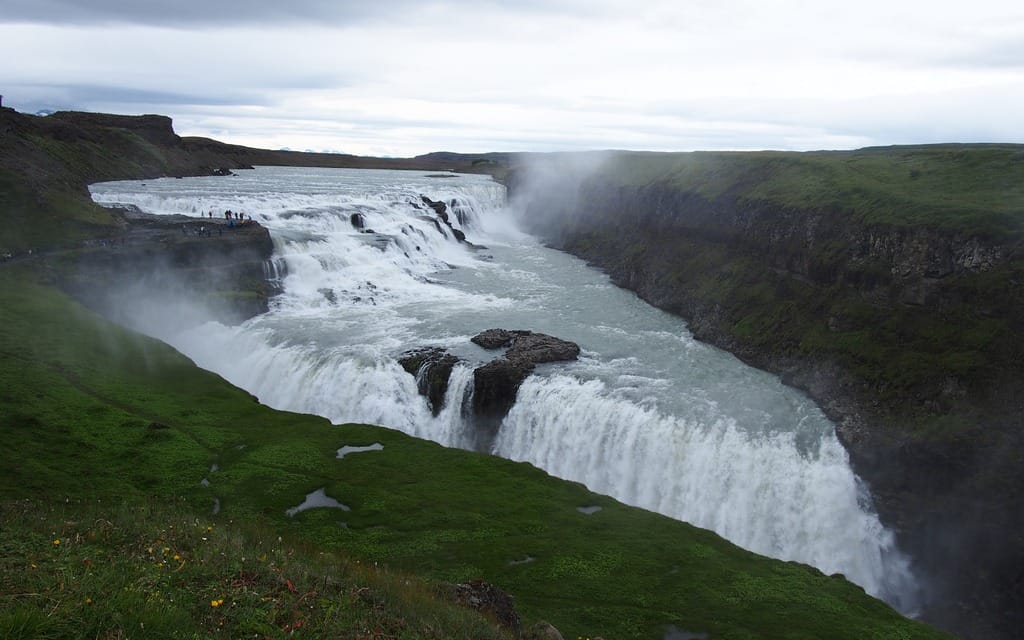 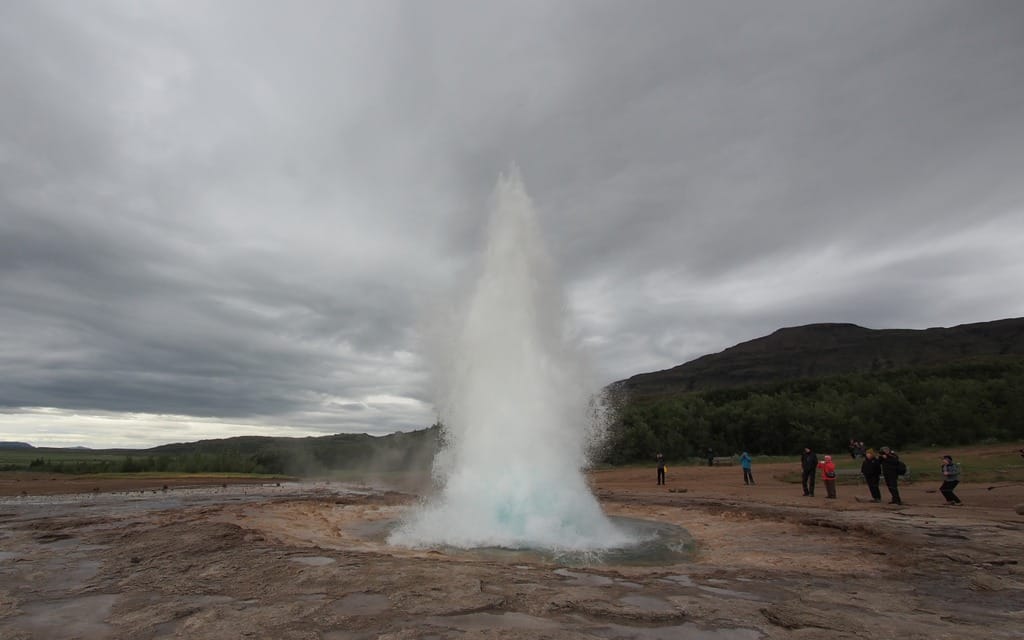 Iceland is a country of contrasts. If things are going well, it can’t stay that way

I’m sitting in a softly lit hotel bar, a nearby candle gently illuminating my whisky as it’s chilled by a chip of 1,000-year-old ice. Michael Kreuzmeir, one of our Edelweiss tour guides, takes a knife to the chunk of ice hauled back from Jökulsárlon, the glacial lagoon we visited earlier in the day. He hacks off another piece and pops it in his mouth. His eyes are trepidatious as they move amongst the six other tour members gathered around the table. He waits for the ice to melt on his tongue and then outlines our situation.

We’re eight days into an 11-day tour of Iceland, though with what’s to come tomorrow — or could come tomorrow — I feel like the trip is just beginning. We’ve covered a lot of the island, sure, but so far the riding has been relatively easy. Pavement is on par with what we have in Canada (it ranges from perfectly fine to piss-poor) and gravel roads are still roads, after all. Iceland has a lot of gravel roads — about 70 percent of the island’s 14,000 km, according to Michael — with consistencies ranging from bare hard-pack to loose Froot Loops, but they’re nothing our Hidenau-shod Triumph Tigers can’t handle. What makes tomorrow’s route from Kirkjubæjarklaustur (just call it Kirktown) to Fludir different?

The itinerary takes us through remote Landmannalaugar, a name that rolls luxuriously around your mouth like a succulent toffee. It’s in the heart of the Fjallabak Nature Reserve, a Mecca for hikers who arrive in behemoth 4×4 buses and set up camp like an Occupy movement. But to get there you must cross rivers. Lots of rivers. (Michael estimates there are 20 to 25 water crossings on the route.) Rain and melt water, as inevitable here as death and taxes, cause the crossings to constantly change, sometimes silting in with Iceland’s black, pillowy volcanic sand, more often being washed clean to the gravel or uneven stones beneath. Throw some large rocks and boulders into the mix — which typically end up right where you want to go — and things can go pear shaped and sopping wet in a hurry. Bad news on a motorbike.

What’s the draw, then? Well, there’s the ride itself, a rambunctious gravel ramble through relatively untouched Icelandic highlands, with rewarding water crossings to boot. And then there’s the scenery, which Michael claims is particularly stunning. “The colours of the landscape — the greens, the browns, the contrast of snow on black soil — it’s incredibly beautiful,” he says. The mostly reserved German has already led us to some truly spectacular sights, and he’s describing this place as incredibly beautiful? I’m sold — but it’s not that simple.

This is the third running of Edelweiss’s “Iceland — Fire and Ice” tour. On the first tour they had dry, warm weather (“It was very un-Icelandic,” says Michael) and made it to Landmannalaugar with some wet feet but no mishaps. Conversely, it rained for the entirety of tour two, plus the 10 days prior (such a period of sustained rain is unusual for the island). That made the water crossings impassable. The group had to take an alternate route via the Ring Road, entirely bypassing one of the highlights of the trip. Weather conditions for our tour have been typical, which is to say mixed: sun and cloud with a variety of precipitation (rain, fog, mist, drizzle), and temperatures ranging from mid single-digits to mid-20s. All of that, every day. If you don’t like the weather, wait five minutes.

After arriving in Kirktown, Michael invites me for a ride in the chase truck to scout nearby water crossings, ones typical of what we can expect tomorrow. “Looks good,” he says after fording them in the Ford. “These are down about 30 centimetres from the last tour.” Back at the hotel bar, he tells the rest of the group the same. “It’s definitely doable,” he says. Michael, who’s leading tomorrow’s ride (the guides alternate between leading the group and driving the chase vehicle), certainly has the chops — he wouldn’t be here if he didn’t, and he actually scouted this route for Edelweiss. (Our other guide, also German, insists on remaining nameless and not having his picture published; he doesn’t want his other employer to know he moonlights for a tour company. I ask him what he does, besides guiding. “Government work,” he says with such dour finality I dare not press further. A German James Bond, I’d wager.)

Michael’s statement that the upcoming route is “doable” is, of course, entirely dependent on the doer. I take a sip, savour the glacial coolness of my Johnnie Walker Black, and consider our rag-tag tour group. Jörg, a 50-something Belgian, is at ease on his Explorer, whether on pavement or off (it’s no surprise; he owns one at home). He did, however, sit out the practice water crossing near Gullfoss because he hates wet boots — not a resounding example of adventurousness, though perhaps one of prudence. (To be fair, he wasn’t the only one who passed on practice.) Victor, in his late 40s and a casual off-roader back home in Texas, is confident and competent. Vincent, on the other hand, is not. The mid-40s Californian is short, rotund, and soft-spoken — though he’ll speak at great length about riding technique. It seems to be a case of do-as-I-say-not-as-I-do; more than once my eyes widen as he wobbles along Iceland’s flowing coastal curves like Humpty Dumpty teetering atop a wall. (Is he distracted by dramatic scenery? Possibly — it’s never far between postcard-worthy stops here.) The roads haven’t been tight or technical, and the pace has been modest; if he’s already pushing his limits, I’m questioning his capability to make it to Landmannalaugar. Wayne, in his 60s, a retiree from Washington, leaves me equally skeptical. He rides an FJR at home and looks a little ragged on the loose stuff. “I haven’t ridden gravel in 40 years,” he says. “Thought I’d have one more kick at the can.”

And then there’s Fred and Bryna, a retired couple in their 60s from Maryland riding two-up. While he smiles stoically come wind, rain, or rough stuff, she admits to screaming in her helmet when things get unsteady. “That gravel’s going to do me in,” she says after our first off-pavement excursion, the hint of a southern drawl colouring her cadence. It’s on the second day, a 10-km section of loosely packed gravel meant to give us a taste of what’s to come. “Is there much more of this?” she asks uneasily. (Were I in their riding gear — jeans, sweaters, rain slickers and gloves that wouldn’t be out of place on a ski slope — I’d be uneasy too. Edelweiss and common sense recommend you wear appropriate riding gear, but the only item absolutely required is a helmet — though the company does have you sign a waiver acknowledging you’re riding in what is deemed improper gear if you show up ill-equipped.) Edelweiss doesn’t hide the fact that this tour involves a good amount of gravel; a perusal of its website shows smiling riders decked in adventure gear traversing gravel roads through rock-strewn landscapes. Her disquiet raises the question: if you’re uncomfortable riding such roads, why come here? “I didn’t read the brochure,” she says.

If you’d rather not ride gravel you can readily circumnavigate Iceland via the (mostly) paved Ring Road. You’ll see mountains, rivers, glaciers, lava flows, sulphur vents, waterfalls, fjords, fishing villages and farmsteads. But you’ll miss the stunning beauty of the island’s interior highlands, their harsh, barren plains standing in stark contrast to the verdant valleys below. When we head north on the F35, a ribboned gravel road running between Langjökull and Hofsjökull, two of Iceland’s larger glaciers, Fred and Bryna stick to the pavement and have a happy time of it.

Until they run out of fuel. We pass them, parked in a farmer’s driveway south of Saudárkrokur, after linking up with the Ring Road again. They wave and look forlorn, but aren’t frantic in the manner of people trying to flag down passersby (turns out the support truck is already en route with spare petrol). A malfunctioning fuel gauge is blamed; it’s always the bike’s fault. (This isn’t our only fuel-related incident. One poor Triumph is inadvertently pumped full of diesel.)

There have been a few more mishaps throughout the tour — nothing major, but enough to give pause before barreling into the boondocks. There was the tip-over at the hotel near Akureyri, the result of a tall-ish XCx (even with the low seat option, saddle height is 820 mm), a short rider, and unsure footing in a gravel parking lot. Then, at the Viking Café not far from Höfn, a rider somersaults off a bike after encountering deep sand on a detour to the beach. And another tip-over, caused by parking on an incline, at one of many photo stops between Höfn and Kirktown. (It’s a particularly picturesque stretch of the Ring Road, sandwiched as it is between the coast and numerous glacial tongues, some broad like a cow’s, others narrow like a snake’s, all part of the awesome — in the formal sense of the word — Vatnajökull glacier. Vatnajökull covers eight percent of Iceland’s surface and, at 3,100 cubic kilometres, is the most voluminous glacier in Europe.)

And now we find ourselves here, in a hotel bar with well-aged ice and a serious decision to make: brave the gravel and water crossings and head for Landmannalaugar, or, the safe but sure option, detour round via the Ring Road. “It’s over 100 kilometres of gravel to even reach the first water crossing,” Michael says. “You can’t go in and come back if it’s too difficult — it’s too far. Once you commit to the gravel route you can only go forward.” It’s so wonderfully fatalistic I’m smitten.

Fred and Bryna don’t share my enthusiasm and have chosen the alternative (easier) route — and they’ll take our support truck with them. “For those who choose to come to Landmannalaugar, we’ll be on our own,” Michael says. There’s no doubt tomorrow’s ride will be challenging. And without a support vehicle, the danger of becoming stranded — at least temporarily — should someone crash or drown a bike is very real.

In the morning we convene for breakfast. Tour members have had the chance to sleep on the decision of which route to choose. The mood, like the sky, is sombre as we down skyr (traditional Icelandic yogurt) and smoked salmon. It will rain today — as it has every day — but the clouds look especially ominous. Michael, resplendent in fluorescent-green riding gear, faces us. “So,” he says, “who’s coming with me?”