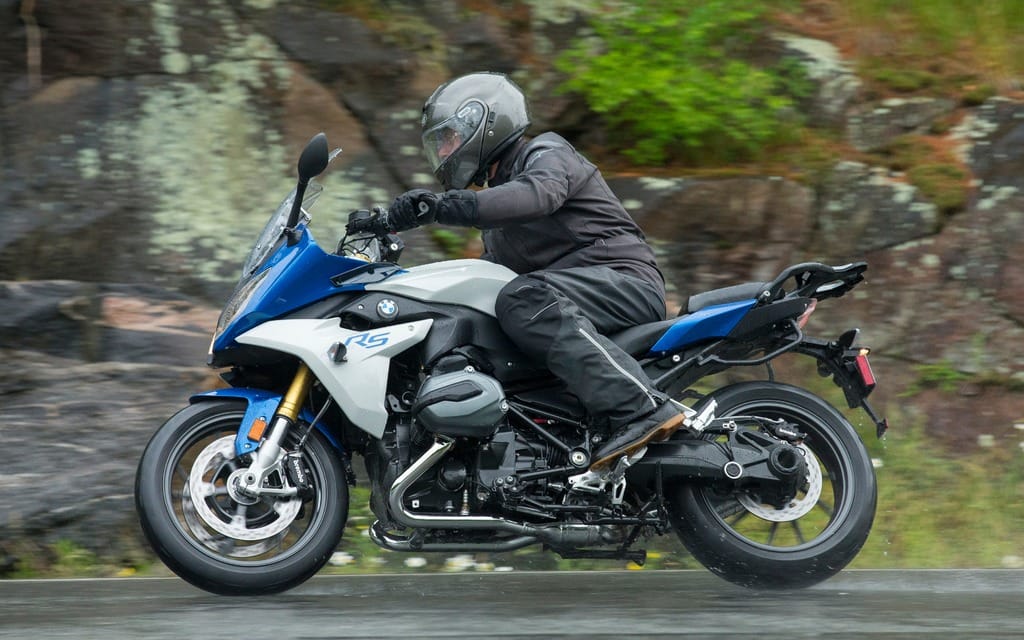 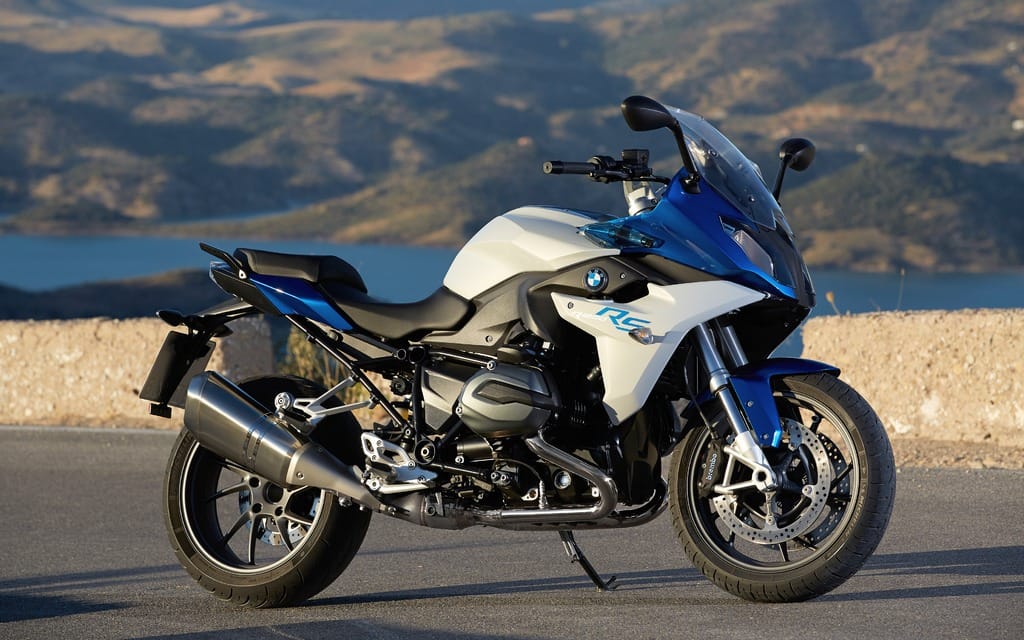 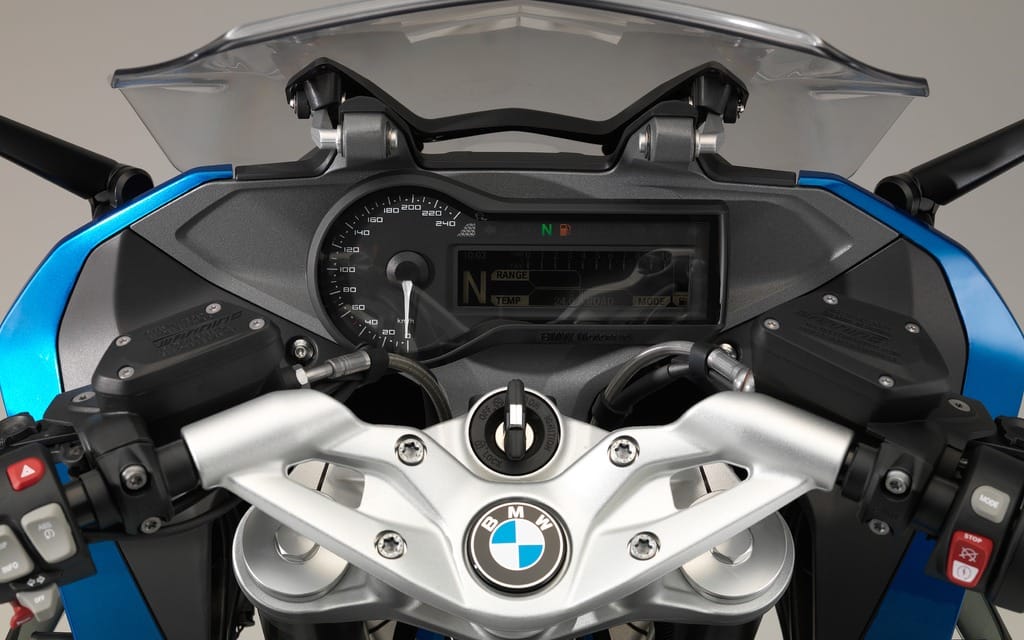 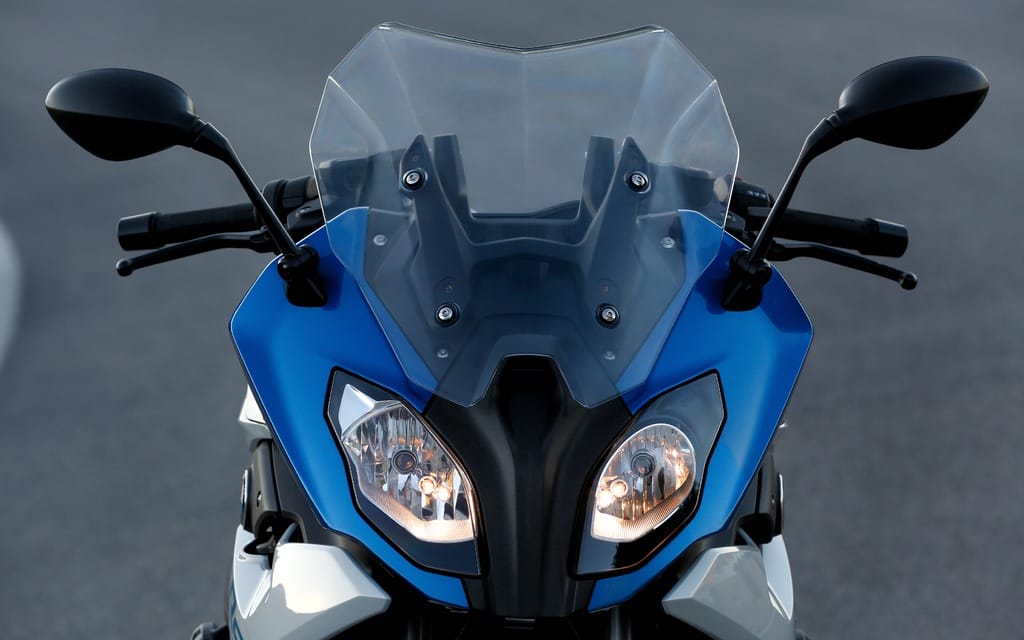 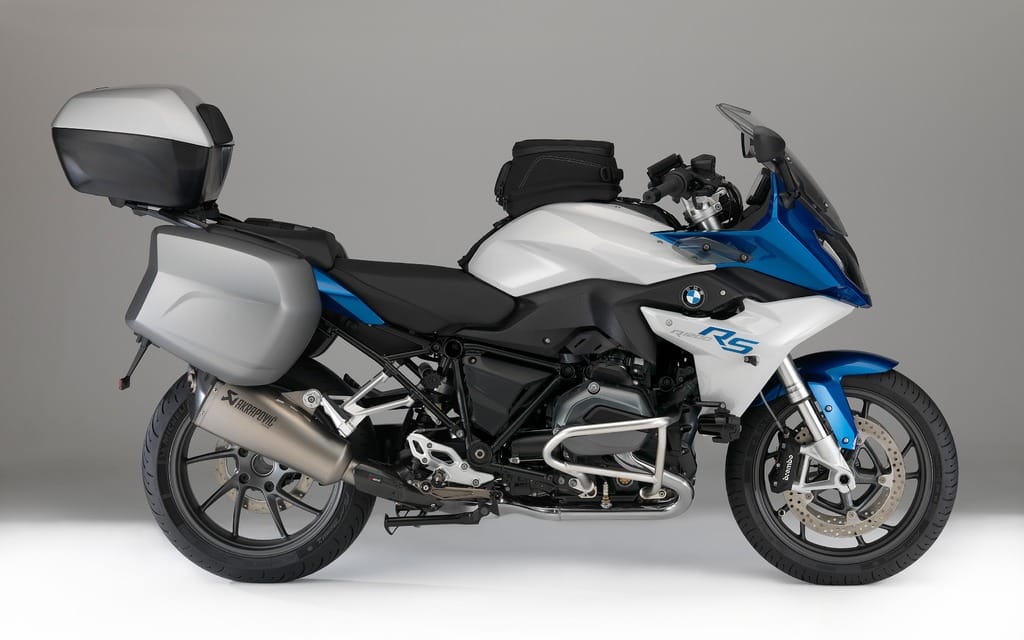 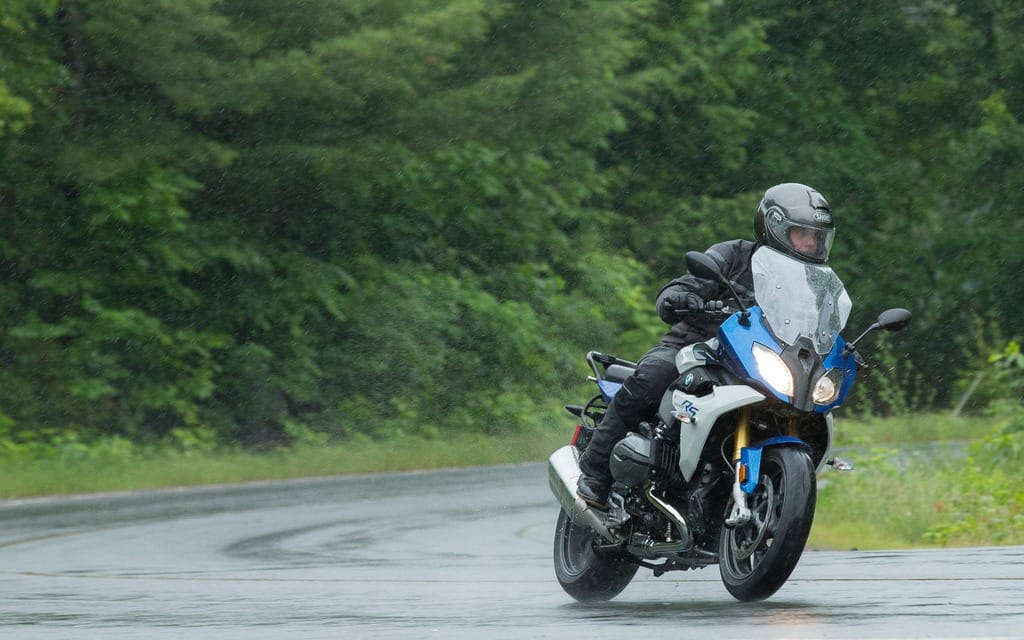 The sport-touring bike is an endangered species. But the RS proves that the format isn’t dead yet
The rain had taken a brief reprieve, but just at the moment when I became hopeful, the sky further blackened and the rain intensified. I looked over at the Californians who’d come north to Canada for the press launch of the BMW R1200RS and S1000XR. After a decade of travelling to their backyard to ride their roads, the tables had been turned, and here they were, in Muskoka, the playground of Toronto’s wealthy, to ride on my roads. My polished, bumpy, soaking wet roads.

I was heartened by their response. Despite being in the midst of a punishing drought (or perhaps because of it), the guys from Cycle World and Rider and Motorcyclist magazines stared at the moist clouds with the same stunned wonder I exhibit when I travel to Southern California in the middle of February and am shocked by the warm, dry air that envelopes my hard, dry skin.

Despite becoming miserably soaked (I have never had a piece of “waterproof” motorcycle gear that could fend off unrelentingly ferocious rainfall) it was the kind of day that a sport-touring rider must face out on the road. When you’ve got four days to loop down into Pennsylvania or Oregon for a long weekend, or 10 days to make it to the coast of Maine or down to California, the weather can’t dictate your schedule. The miles yet to be accrued determine when you ride.

Riding in bad weather is an entirely different experience than riding under fair skies. Slippery roads and reduced visibility place a premium on predictable power delivery and intuitively designed controls. My old Ducati is a rip-snorting delight in the dry, but in the wet it bestows all the confidence to a rider that one has while standing on the top perch of a stepladder while the fingers scrape composted leaves out of the eaves trough. But if there’s any motorcycle engine tailor-made for wretched conditions, it’s BMW’s boxer. The latest incarnation of the 1,170 cc twin-cam, four-valve, water-cooled twin claims 125 horsepower at an old-fashioned 7,750-rpm. The torque peaks at 92 lb-ft, but more importantly, a deep trough doesn’t follow that peak, and if the engine is spinning at 3,000 rpm or above, it’s almost diesel-like in its lack of interest in revving higher.

I didn’t acclimate to the boxer’s long-legged, calm countenance quickly when I first rode one. A decade ago when I landed here, I was hell-bent on terrifying myself with every sportbike I could wrap my mitts on. The way that the boxer chortled like an English professor sharing a joke with a colleague on the hygiene of Marcel Proust was not what I found thrilling in an engine. It still isn’t. But the boxer’s allure can’t be measured in horsepower or savoured as music. Ride for hours and hours, from one province to the next to the next, and its calming, relaxed gait soothes the soul like a shot of whisky.

As the boxer’s output has climbed over the past decade, it’s gained a harder-edged, more visceral character. But it’s still a calming engine. As we leave our hotel north of the village of Port Carling, the rider ahead of me disappears in an envelope of water wicked up off the road. I shift to sixth gear, ignore the tachometer and speedometer (rain has slowed us to where we’re no longer of interest to the constabulary) and just ride.

When BMW announced the R1200RS I was mildly surprised. The sport-touring motorcycle — due to the pressure from the dirtbike-lookalike adventure touring motorcycle — has seen its popularity wane in recent years. The next day, in glorious sunshine, I would ride the adventure-touring S1000XR, which has a riding position similar to that of BMW’s R1200GS. My preference, as a six-footer, is for the adventure-tourer’s riding position, as the handlebar is higher and the footpegs are lower with no penalty in cornering clearance. (At least on the street. But neither bike will ever see a racetrack, so it’s a moot point.)

But not everyone is six feet tall, and a tall motorcycle requires a confident, experienced rider with a generous inseam measurement. And if you’re a recent convert to motorcycling, or have returned after an absence, then the RS’s 820 mm fixed saddle height (even though it’s quoted as the same height as the S1000XR’s) allows the RS to feel much more manageable when you’re peddling around a parking lot or bracing the bike while stopped at a slick, gravel strewn intersection. I wasn’t able to compare the RS to the XR side-by-side, but I suspect that the RS has a narrower seat-to-tank interface. Even if it doesn’t, confidence on a motorcycle can be elusive to articulate, and perhaps the way the RS can be wheeled about can be marked down to having a less rangy handlebar than the XR or a lower, less sky-high nose section.

BMW, with the RS, inches slightly closer to the mainstream with the fitment of a telescopic fork, which makes the RS ride more like a faired version of the naked R model than a more diminutive version of the full-figured RT. (The R has a telescopic fork, the RT a Telelever.) While it’s unfair to compare the RS’s weather protection to the RT’s (truthfully, it’s unfair to compare any motorcycle’s fairing to that of the RT), with the way the rain gained momentum during the day most of us would have sacrificed a superfluous body part — a pinkie finger, say, or a brain — for the RT’s weather-deflecting brilliance. But the RS has different aspirations than the big bike, and its windscreen can be yanked up or down while on the move to offer a pair of height options. I didn’t notice much of a difference between the two settings, but in the dry, at greater speed, I suspect this wouldn’t necessarily remain so.

Road and Rain modes (and ABS, naturally) are fitted as standard to the $16,875 RS, but for $1,900 you can add adjustable suspension, cruise control and luggage case holders. (Saddlebags themselves are extra.) An investment of $455 adds ride modes pro and LED turn signal indicators. Typically press launch bikes are festooned with all of the mod cons, and this is the case with the RS. And since it’s not our money — it’s yours — that we’re spending, we usually suggest stumping for all of the options your savings account can endure. But the RS isn’t necessarily a bike that benefits from the tossing around of money.

The allure of the RS is that it’s a simple, pliable motorcycle. Most sport touring machines are far too firmly suspended for general use — like the kind of use a sport-touring machine receives by definition — but the RS is compliant and perfectly balances control and comfort. It doesn’t sound like it would be that difficult to achieve, but it is. Electronic suspension adjustment would allow further choices, but it’s not an absolute must; at stock the RS is spot-on. Most of you, methinks, would be happiest with a set of saddlebags, a GPS unit bolted behind the screen, and some bloody peace in your life so you could point the RS to the horizon. I know I would.