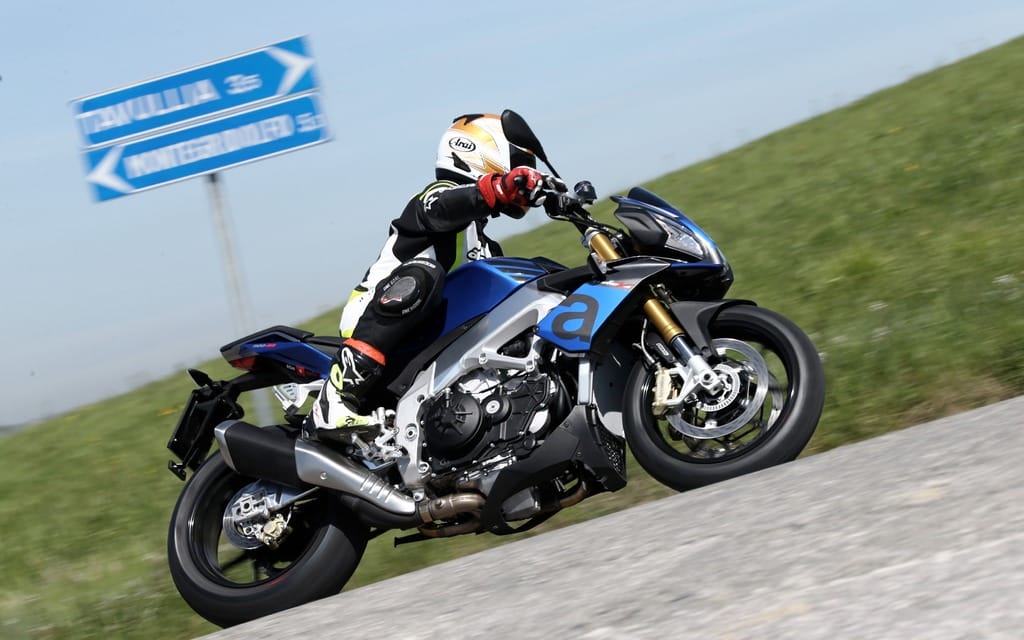 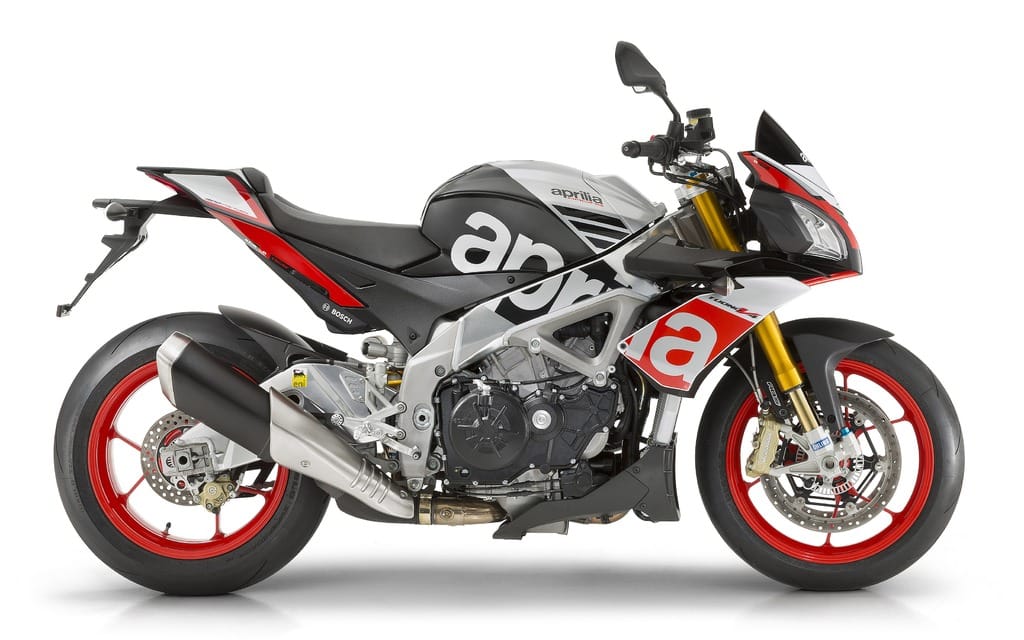 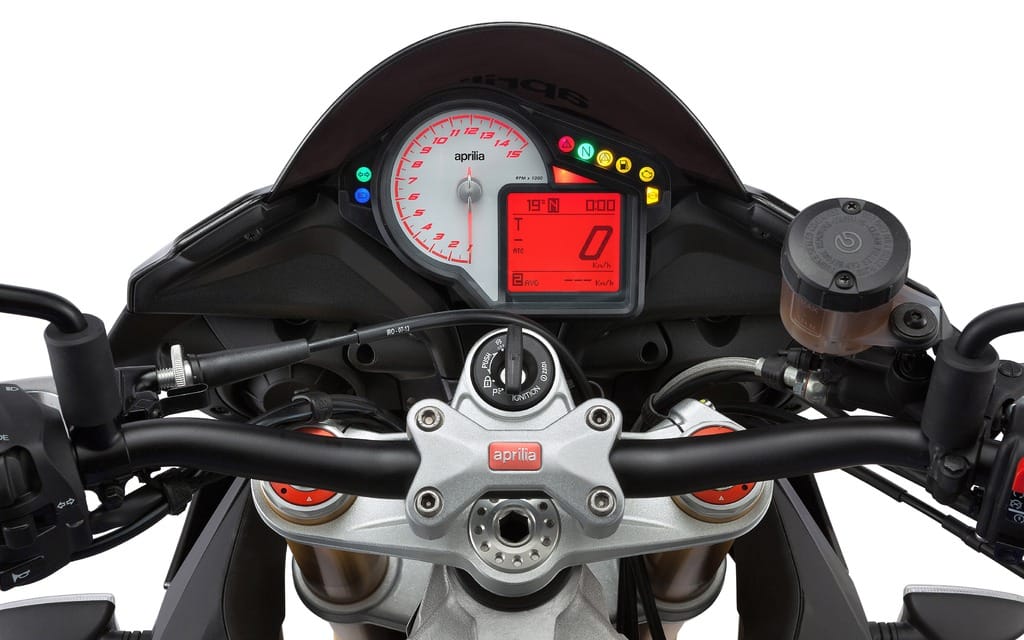 Less a naked, more a never-nude

I circled about the Tuono with a vague feeling of unease. Something was different, though I couldn’t articulate exactly what was different. And then I spotted the old Tuono, brought by Aprilia to function as guide’s bike for our short spin into the Italian countryside. It’s no longer hideous I blurted to a colleague standing next to me. What? “Oh, the nose,” he said. “You’re right.”

The old Tuono was a functionally brilliant bike let down only by a peculiar mosquito-at-mega-magnification visage. But they’ve fixed it now. And I can only hope that the designer responsible for styling the original Tuono has found more suitable work — like designing buckets for front-end loaders.

With the embarrassing old beak dispatched, the Tuono, as if to celebrate, treated itself to a three mm overbore, for a displacement of 1,077 cc. Most impressive is the claim of an additional 20 horsepower at 8,000 rpm. Maximum claimed horsepower is 175.

Two variants are available, the Tuono Factory with its Öhlins suspension and the Tuono RR with its Sachs suspenders. Setting its APRC (Aprilia Performance Ride Control) into the Road setting — fitting for a road ride — off we go into the hills above Misano at a very quick trot.

The speed with which you can dispatch distance on a public roadway on a Tuono is remarkable. With a broad, flat handlebar offering no less leverage than a pitchfork, and with nicely bolstered midrange power, you can stick it in a gear (any gear, really) and just steer. Or you can work the slick gearbox and keep the engine on the boil and really make hay. Our ride is short, very short (we can’t risk being late to our RSV4 sessions at Misano) but a highlight is a roadside stop to gaze down at Rossi’s private flat track in his hometown of Tavullia. (His facility, framed by gently rolling hills, is far nicer than any flat track I’ve ever seen. Chalk it up to his annual income of over $20 million.)

Before we get back on the road, other hacks complain of the slippery, polished pavement. (I hadn’t noticed — coming from Ontario has its advantages, methinks.) It’s been awhile since I’ve ridden a Tuono but the latest variant has a more supple suspension than I remember the old version having, which lends a degree of confidence with not-up-to-southern-California spec roads.

You’re never going to confuse the Tuono with a touring bike, and yet with its diminutive fairing — that creates a calm pocket of air — it’s a more usable machine than its reputation would suggest. If you’re a wheelie hoodlum you can fulfill your desires, but with a set of soft bags the Tuono would make a surprisingly useful daily knockabout. And then there’s the sound the thing makes, which is more than enough to relegate any shortcoming to nothing more significant than a mosquito bite.