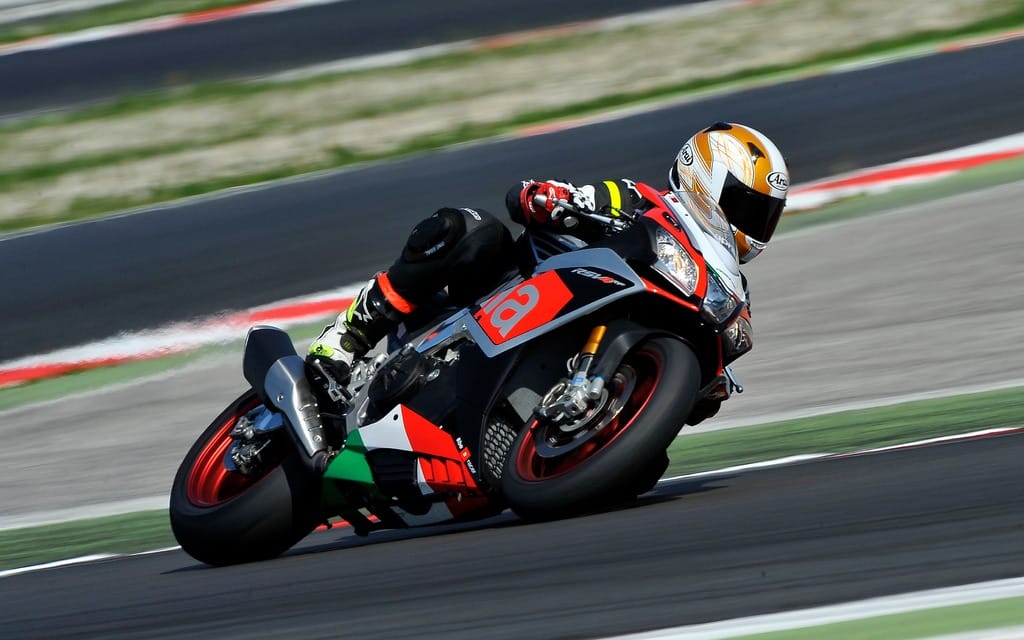 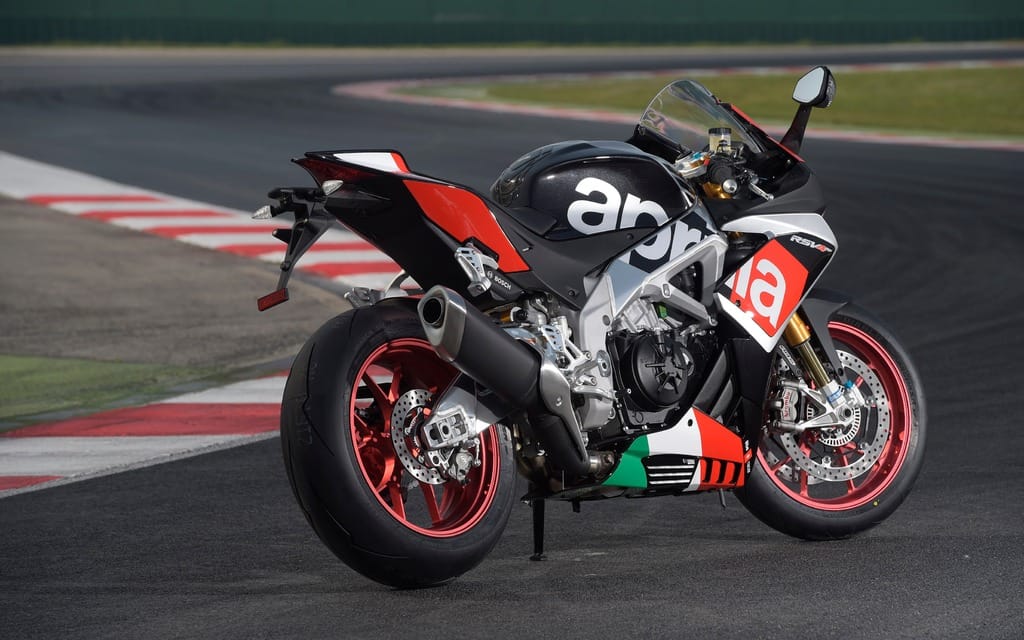 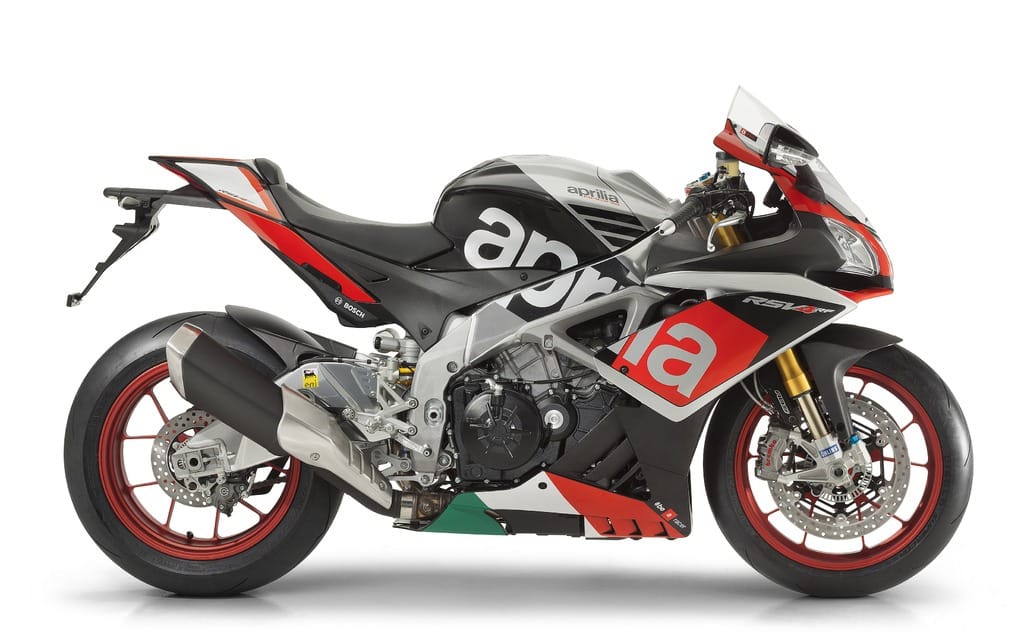 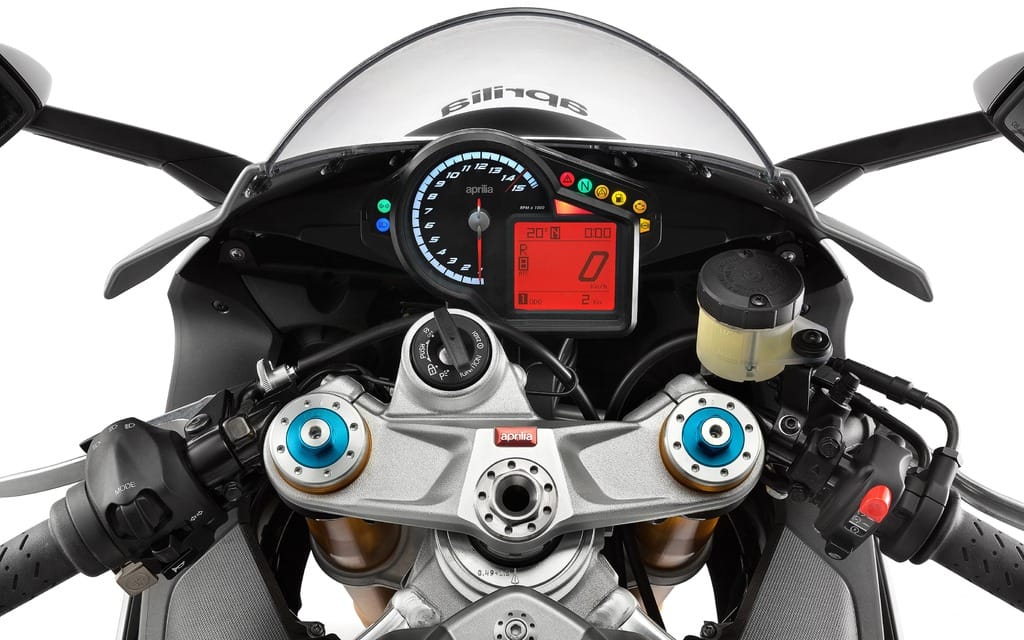 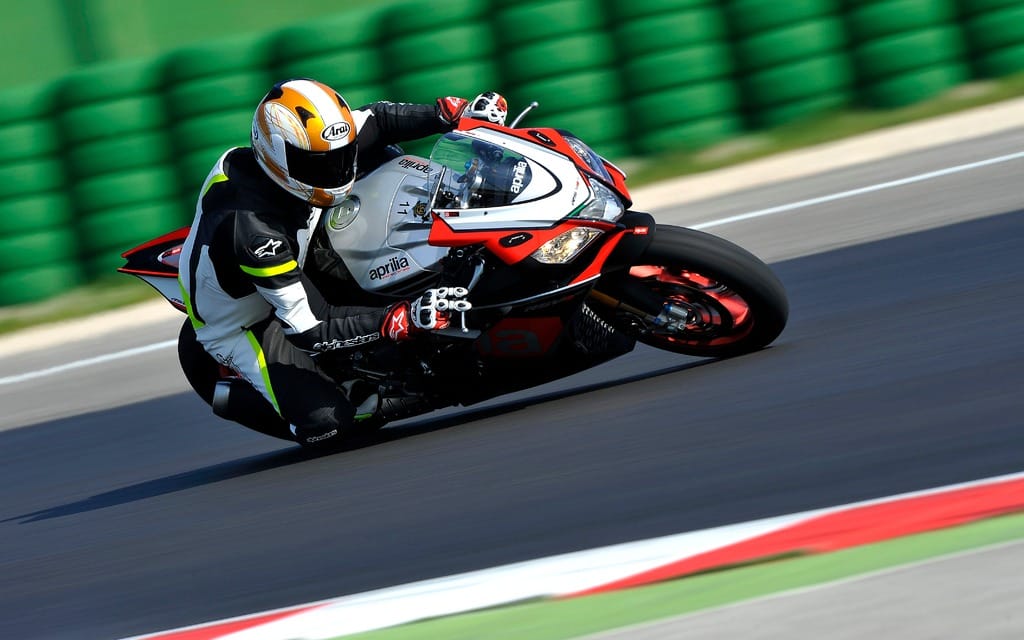 My neck dropped forward as the engineer at the lectern announced that titanium replaced steel as the material for the exhaust valves, and that those valves are larger, too. I straightened my back and snapped my eyes open. The engineer continued. Connecting rods are lighter, the crankshaft heavier, and the compression ratio 13.6:1. (I thought of air being squished into the CNC-machined combustion chamber and — as an occasional migraine sufferer — my temples pulsed in annoyance.) Add this up and claimed crankshaft horsepower shoots from 185 at 12,500 rpm on the old model to 201 at 13,000 rpm on this revised model. And there was more, but I wasn’t that keen on hearing it right then. Because while the thought of 16 busy titanium valves is fetching, had they announced that those valves were hand-whittled from teak by Norwegian craftsmen I’d hardly have noticed. All I cared about was that they didn’t mess it up.

It’s important for me to have relationships with the objects in my life. It’s why I appreciate the 50-year-old tools I inherited and why I adhere to vehicle maintenance schedules as if sacrosanct. The RSV4 is my kind of bike. Of late we’ve had vigorous debate in our print magazine’s Readers Write section about what some readers deem the pervasive presence of electronics in present day motorcycles. I understand the theoretical basis for the argument, but I suspect it’s a stance based more on the vague notion that smartphones and texting and Twitter are a pain in the ass than it is about the characteristics of the motorcycles they criticize. (In very few cases — and here I applaud readers for their honesty — have the complainants actually ridden the motorcycles in question.)

The RSV4 is as mechanical a motorcycle as any old thumper or 1940s American V-twin or 1990s Ducati superbike I’ve owned. In fact, I’ll say (again) that the 65-degree, 16-valve V-four is the most charismatic engine ever bolted between frame spars. (Not by a huge margin, however, but for me it remains the one.) But a great engine isn’t enough to compete in today’s superbike field. The 2016 RSV4 RF (the Factory model is no more) that we ride at the Misano circuit in Italy has a multimedia platform app that connects the bike to the Web. In addition to lap times, throttle position, gear position, speed, current horsepower and torque, wheel slippage, lean angle and longitudinal and lateral g-forces, it also allows traction and wheelie control to be tailored for each corner via your phone’s GPS capability. And, technophobes, I’m about to toss a propane cylinder onto your pyre of irritability: the bikes at the launch each have an iPhone mounted on the top triple clamp.

Yes, you read that correctly — there is a phone on the triple clamp. Riding a racing circuit and having an abundance of information to review isn’t as onerous as you may believe. It’s humbling to have your weak spots as a rider revealed, but realizing you’re not as heroic with the throttle — or heeled over as far in a corner — as you’d imagined, you can put the information to good use. For me, these tools are less welcome trackside, as I’d rather take the time at home to contemplate where gains can be made. And with only four 20-minute track sessions today, I just want to ride.

With the assistance of an Aprilia technician, race mode is selected (the alternatives are sport and track) because I’m told it has the smoothest throttle response, and at my request he dials in the least restrictive traction and wheelie control settings. And then I’m off.

All superbikes are fast. But where the Aprilia excels is at disguising its amount of thrust. The V-four’s powerband is so linear and the power arrives with such smoothness that it helps to keep the overexcited pilot in the saddle calm. Misano is a sublime circuit — it’s easy enough to learn the rights from the lefts but to master its intricacies would take me a lifetime. Or two. Most challenging is a pair of right kinks that leads to a dead-slow hard right. The first of these kinks is taken flat-out in fourth gear with your knee skimming the ground far north of 200 km/h. Perhaps the horrifyingly fast corner is to blame, but in my first session I arrive at the tight right far too fast and entirely off line. I squeeze the front brake for as much as I’m worth and trail brake down to the apex with a vigour I rarely muster. And then it’s back on the throttle with the traction control facilitating a tidy slide onto the (quickly) approaching straightaway.

If you’re hell-bent on owning the most technologically cutting-edge sportbike today the RSV4 likely isn’t your first choice. Despite the wizardry of its smartphone-related gadgetry, Yamaha’s R1 is just slightly further up the curve of techno-wonderment. And, in terms of power, it’s hard to imagine that the RSV4 comes anywhere close to BMW’s outrageous power output. And the Aprilia isn’t a light machine, either, and its compact seating position is tighter than its Japanese or German competition’s. But if it’s not for the racer and not for the owner who needs to own the latest and greatest, then who, exactly, is the Aprilia for?

If abstract notions like mechanical sophistication matter as much to you as they do to me, then the Aprilia jumps to the fore. The RSV4 isn’t just a bike to hop on and go quickly — though of course it’ll do that. It’s a bike that rewards on back roads, or straight roads, or even, as was the case at Misano, while I was exiting the track and downshifting to ride at 60 km/h up pit lane. Hearing that engine on the overrun and then listening to it settle into a muscular idle brings supreme satisfaction.