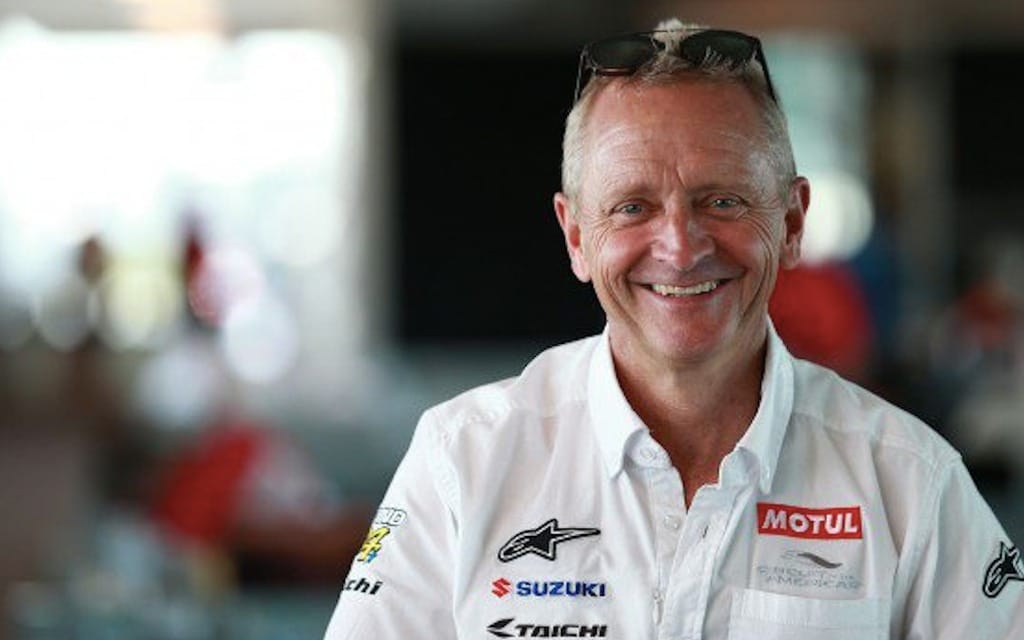 Schwantz to serve as grand marshal for Superprestigio

The SMI recently announced that former 500 cc Grand Prix champion Kevin Schwantz will serve as grand marshal for the 2015 Superprestigio of the Americas, the star-studded indoor flat event set to take place in Las Vegas on November 21. Not only will the American ace meet with fans and the media, he’ll do some laps inside the Orleans Arena.

“I’m honoured to be asked to be a part of the Superprestigio of the Americas,” Schwantz said. “I’ve always been a flat track fan and even had the opportunity to do a little flat track racing in my career. These riders are some of the most talented motorcycle racers in the world and it’s great to bring together all these riders from different areas of motorcycling to compete together in this exciting event.”