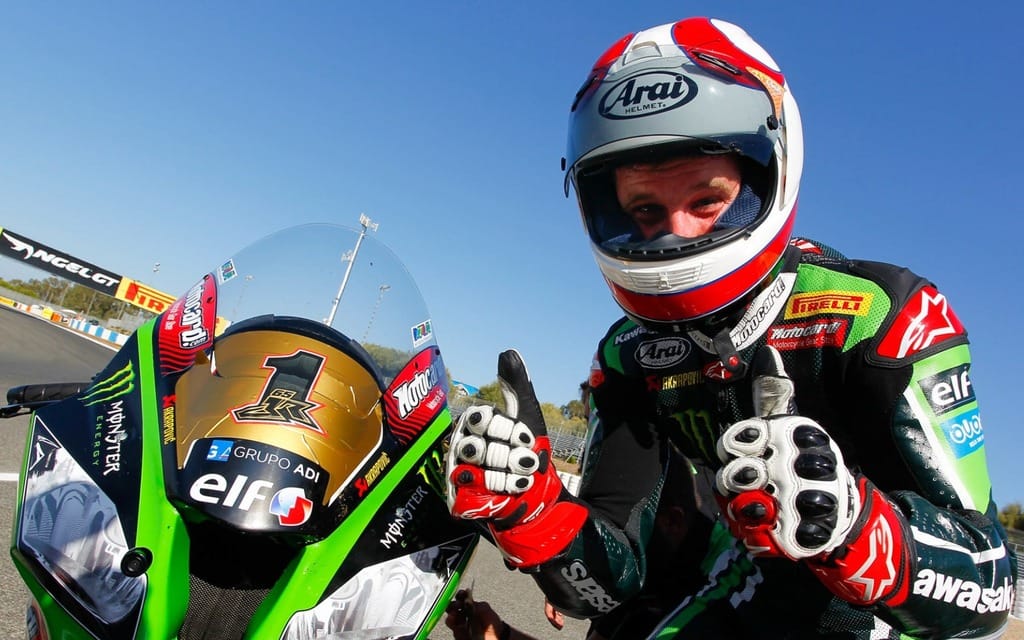 After his utter dominance of the season thus far, the 28-year-old Northern Irishman secured his first ever WSBK title with a fourth-place finish in Sunday’s first race, which was won by teammate Sykes. Davies continued his string of strong finishes and crossed the line second, 2.865 seconds back. Dutchman Michael van der Mark (Pata Honda) was third, 6.665 seconds adrift.

Though Sykes looked strong in the early stages of race two, tire issues saw him steadily fall off the pace (he eventually finished fifth, just behind newly crowned champion Rea). Davies took advantage of his fellow’s Brit’s rubber trouble and went on to win by1.840 seconds ahead of Jordi Torres (Aprilia Racing). Torres’ teammate Leon Haslam was third, 2.335 seconds back. For full results from Jerez, click here.

While Rea has already locked up top spot in the overall standings, the battle still rages to round out the rostrum. Davis is second overall with 353 points, not far ahead of Sykes with 331.

The penultimate round of WSBK 2015 goes October 4 at Magny-Cours, France.