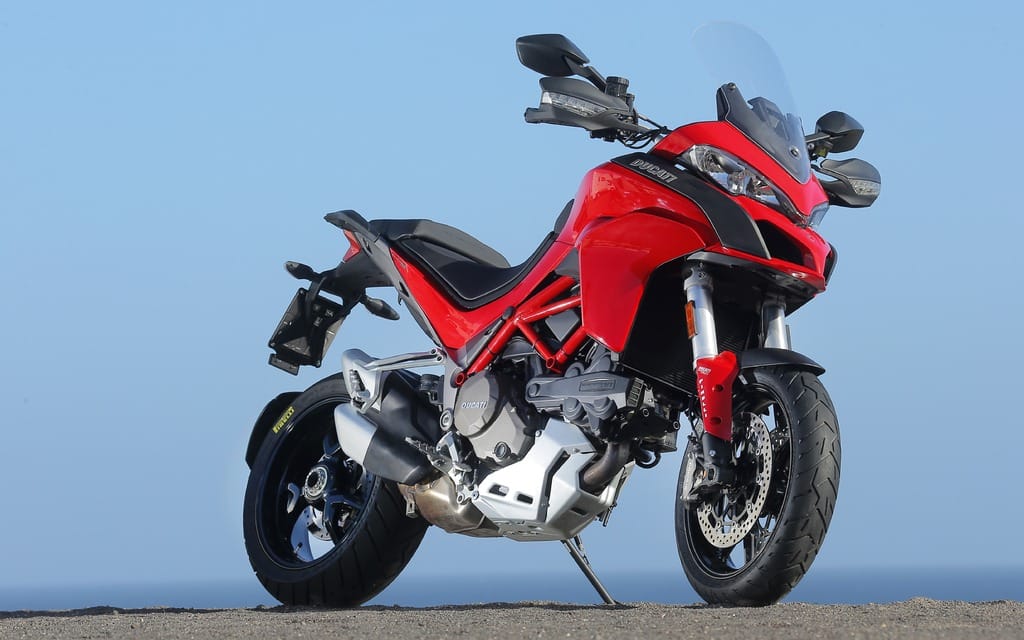 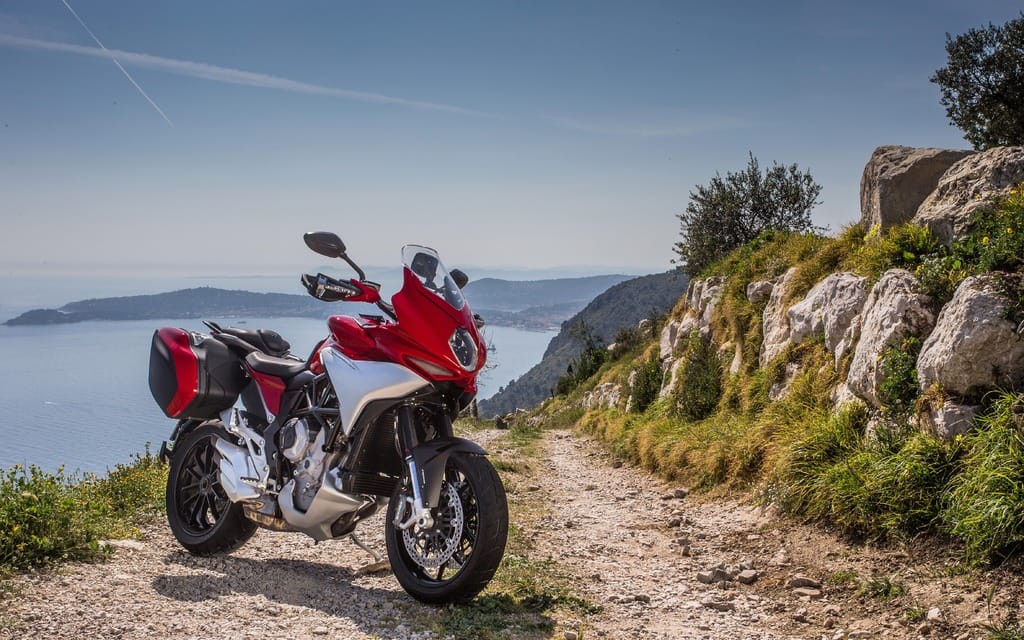 Back to the future

Motorcycling’s new tourer is nothing new

“This is the future of the touring bike,” said Neil Graham in his 2012 review of the Ducati Multistrada 1200. Calm down, Ducati, he wasn’t referring to the Multistrada specifically, but rather its riding position. “The dirt-bike riding position of the Multistrada (and shared by bikes as diverse as the V-Strom and BMW’s evergreen GS series) is the most comfortable way to sit on a motorcycle.” OEMs took notice, not of Graham’s comments — we can’t give him that much credit — but of the public’s keenness to the style of motorcycle.

And the public was purchasing adventure bikes in surging numbers. Though cruisers still securely hold the largest segment in North American motorcycling, the adventure segment has grown most rapidly in recent years. BMW’s GS series is always a steady seller, and a revamped V-Strom has seen Suzuki sales soar. KTM’s overhaul of the 1190 Adventure was a success, and the Austrian firm now offers the 1290 Super Adventure too. Triumph has its Tigers, and Yamaha the Super Ténéré and new FJ-09. Kawasaki’s Versys lineup is revitalized for 2015, while Honda’s NC750X and CB500X were two of our favourite test bikes from last season.

But wait — strictly speaking, those aren’t all adventure bikes. Thank goodness, because we’re not all adventurers. Most GS owners barely dip onto the unpaved shoulder, let alone disappear down a dirt trail (and that’s OK). Of the GS Trophy, BMW’s far-flung, week-long, grueling off-road event, Heiner Faust, BMW’s head of sales and marketing, says, “99 percent of GS owners don’t ride like this.” How do they ride? Far, fast (if they like), and in comfort, on any paved road they choose, because that’s what forgiving suspension and a sensible, roomy, upright riding position let you do.

Therein lies the link between these bikes, regardless of how OEMs or motorcycle magazines divvy them into segments: the riding position, which we’ve come to call an adventure (ADV) position. “Sport tourers, by comparison, universally seem cramped and bend the knees more,” Graham said (and still says). If the sheer comfort of bikes with the ADV riding position sounded the death knell for sport tourers, then the fact that the former can match or exceed the performance of the latter in common touring conditions is the nail in the coffin. Proof? Consider a twisty, frost-heaved road, any such road in Canada — every province has at least a few of them. (Save Saskatchewan, which only has 90-degree turns and dead straights. And frost-heaved pavement.) On such a road we’d take a fully loaded GS over a Panigale with panniers any day.

Ducati doesn’t make a Panigale with panniers, you say? (Good point.) But why don’t they? (They certainly used to make something like that; remember the ST series?) It seems natural that a company known for sportbikes would have a sport tourer in the lineup. Sure, you can get soft bags that sit atop the Streetfighter’s or Panigale’s passenger seat — but one bag does not a sport tourer make. Except Ducati does have a few sport tourers in its lineup (or, at least, sporty bikes capable of touring) – the Hyperstrada and Multistrada. Ducati says the Multi is Ducati’s best-selling model. The people have spoken.

And take supersport-obsessed MV Agusta, which, as a purveyor of all things sporty, you’d expect to enter the sport-touring segment with, well, a sport-touring version of something. MV currently fields two bikes you could consider sport tourers: the Stradale and the Turismo Veloce — neither of which could be considered true sport tourers in the traditional sense.

Is it a coincidence that the unifying factor of these four sporty Italian sport-touring variants is their ADV-like riding position? Or — the more likely scenario — is it natural (aka market) selection? The time of motorcycling’s new touring machine isn’t nigh; it’s high, wide, roomy, and right now.