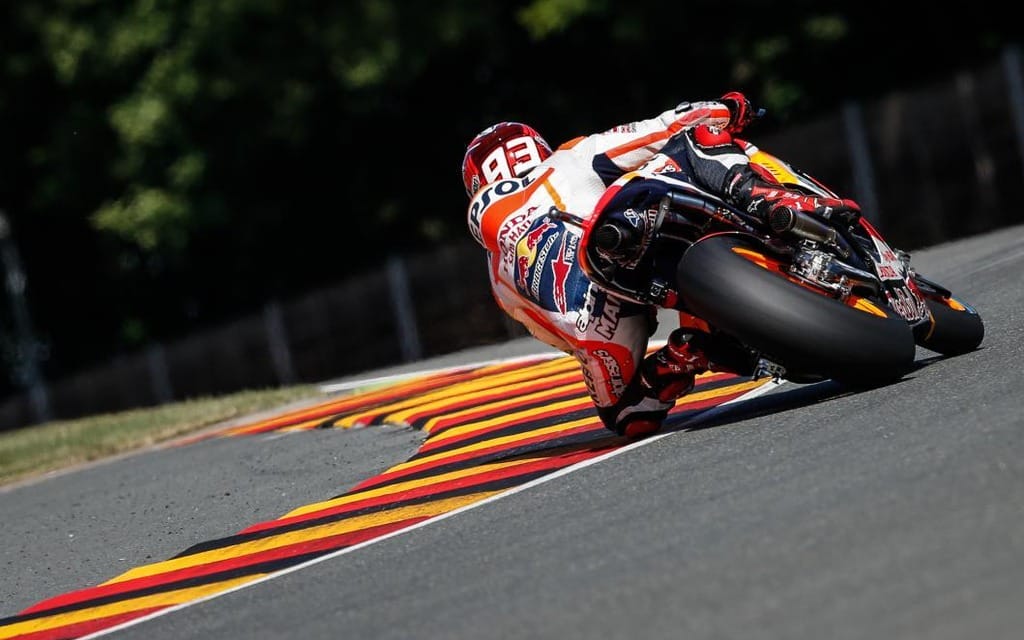 Marquez puts on masterclass at Sachsenring

Repsol Honda rider Marc Marquez put on a masterclass at the Sachsenring on Sunday, notching his sixth straight win at the German circuit.

The Spaniard started from pole, though it was Jorge Lorenzo (Movistar Yamaha) who thrilled the crowd with a slingshot move around the outside to take the early lead. However, once clear of Lorenzo, Marquez had a flawless ride en route to a 2.226-second victory ahead of teammate Dani Pedrosa. Valentino Rossi (Movistar Yamaha) rounded out the podium, finishing 5.608 seconds off the pace. For full results from the German GP, click here.

“From the beginning I felt good,” Marquez said, “and when I had the gap I just tried to manage it. I’m happy because this weekend we’ve been always first and it has been a long time since I had that. It’s a good result to go on holidays with, but I want to keep getting better.”

Rossi retains his lead in the overall standings with 179 points, not far ahead of teammate Lorenzo with 166. Andrea Iannone (Ducati) is third overall with 118.

The next round of MotoGP goes August 9 in Indianapolis.