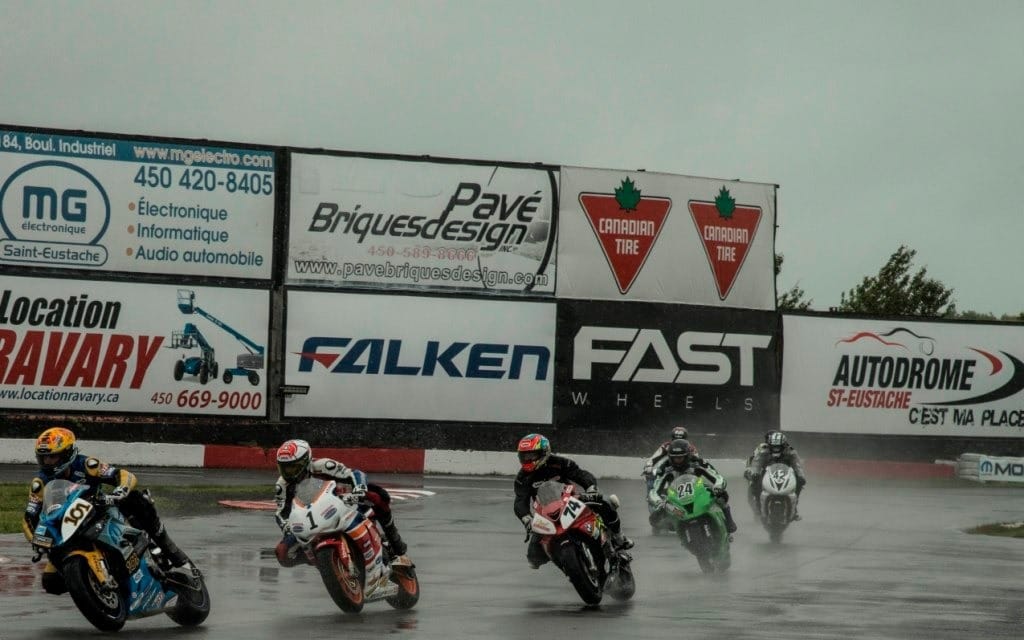 Brantford’s Jordan Szoke (BMW Motorrad / Mopar Express Lane BMW S1000RR) has made it two in a row this season with his win last Sunday at Autodrome St–Eustache in St–Eustache, Quebec.

“It’s a great start to the season but it’s a long way from over,” said Szoke. “I didn’t really go out to try and win the race. The conditions were tough and I’m in a championship battle with Jodi, so he was my big concern.”

Louie Raffa took the win in Pro Sport Bike ahead of Jodi Christie, while Darren James rounded out the podium.

The next round of CSBK is a doubleheader at Edmonton’s Castrol Raceway from July 10–12.