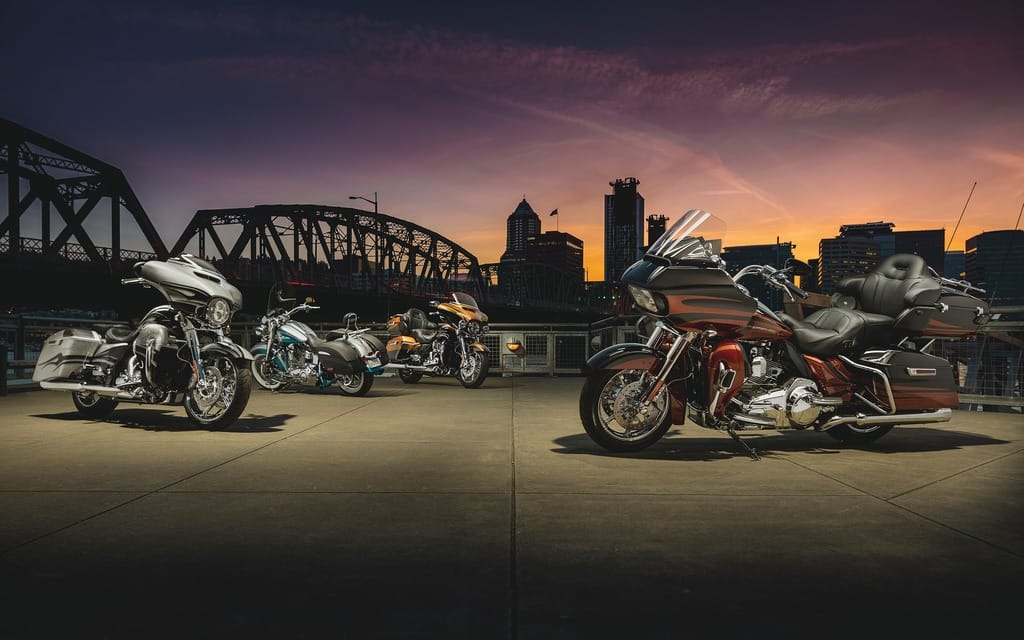 End of an era

We sift through dozens of press releases every week. Most receive a quick skim before being sent to the trash. But this press release, sent out in late February, stopped us short.

“Harley-Davidson plans direct distribution to independent dealers in Canada,” it states. Canadian H-D distribution is currently handled by a third party, though that arrangement expires–and will not be renewed–on July 31, 2017. That third party is Deeley Harley-Davidson Canada, which has been the exclusive distributor of H-D products in Canada since 1973. “The contributions of the Deeley organization to Harley-Davidson’s customers and the business in Canada have been tremendous, and we have the highest regard for the entire Deeley team,” says Mike Kennedy, VP and managing director of H-D North America. What’s the reason for cutting out the middleman, especially one with such a positive and long-standing relationship? Consistency.

Part of its global growth strategy, says Harley, is to switch “to a globally consistent model of direct distribution to independently owned dealers.” The setup allows Harley to directly manage marketing, sales to dealers, dealer recruitment and retail capabilities, consumer events, and other “in-market activities”–basically, to have almost complete control of the relationship between its motorcycles and the public. “We have made this decision to transition to direct distribution in Canada after long and careful consideration, and solely growing out of our global business strategy,” says Kennedy. The move has already been made in other major markets, including Brazil, Australia, Italy, and Scandinavian countries—in fact, Canada is one of the few remaining markets with a third-party distribution arrangement. The desire for consistency sounds reasonable enough, but what about that third-party distributor?

The Deeley name as a business venture goes back much further than the deal with Harley-Davidson in the ’70s. Fred Deeley (known as Fred Sr.) emigrated from England to the Vancouver area in 1914. He opened a motorcycle and bicycle shop called Fred Deeley Ltd., where, among other brands, he sold BSA bicycles. When the war made British marques hard to come by, he started importing American iron, acquiring Canada’s first Harley-Davidson dealership in 1917. In 1925 he opened a second shop, which was run by his son, Fred Jr.

And then there was Trevor. Throughout his life he had many names—Daredevil Deeley, Mr. Motorcycle, the Motorcycle Millionaire—but most people simply called him Trev. A son of Fred Jr., Trev was first photographed astride a motorcycle at the age of two. At 15 he was apprenticing in his dad’s shop. He had a successful flat-tracking career in the ’40s and ’50s (he won 22 straight races in 1948), some of that time with Harley factory support. “The willingness to put in an elbow, cut off an opponent or ride another competitor into the rail became one of Trevor’s characteristics,” Frank Hilliard wrote in his biography Deeley: Motorcycle Millionaire. (Our math skills are weak, but we’re pretty sure that’s three characteristics.)

Trev retired from racing when he was 37 and focused on the family business. In 1957 he struck a deal with Honda to become the brand’s first distributor in the English-speaking world (so the story goes). The first bike he brought in was the humble 250 Dream. (Apparently he began importing Yamahas in 1962 under a different company name, though details are scant.) Relations with Honda soured—Trev liked doing things his way and Honda was becoming “dictatorial,” according to CC’s January 1978 issue—so he sold the Honda interest and focused on Yamaha. Trev sponsored a legion of road racers during his Yamaha years, including the legendary Yvon DuHamel. The relationship with Yamaha lasted until Yamaha Motor Canada took over distribution in 1973, though Trev stayed on as vice-president for another year.

Meanwhile, he’d been asked by Harley to become its exclusive Canadian distributor. In 1973, along with business partners Don James and Harold Lenfesty, he formed Fred Deeley Imports Ltd. to handle H-D distribution. The rest is history. Trev was named to Harley’s board of directors in 1985, a position he held until retiring in 1993. The business has been massively successful—the plethora of Harleys on Canadian roads is proof of that—and Fred Deeley Imports Ltd. eventually became the Deeley Harley-Davidson Canada we know today.

But what about tomorrow? The current arrangement expires in 2017, but the press release says Harley and Deeley H-D Canada are currently discussing an agreement that could move the transition to as early as the third quarter of 2015, which suggests a high degree of mutual cooperation.

Trev Deeley died in 2002; will part of his legacy now pass with the dissolution of Deeley H-D Canada? (Trev Deeley Motorcycles, an H-D dealership in Vancouver, will, at the very least, keep the name alive.) Or are there plans to keep the company going in some other capacity? And what about the premises? Deeley H-D Canada currently has offices in Concord, Ontario, and Richmond, B.C. Will one (or both) of these become an official Canadian Harley headquarters? Will such a thing exist? More importantly, what about the people? Will jobs be lost because of the move to direct distribution? If so, how many? We tried to contact Don James, co-founder and majority owner of Deeley Harley-Davidson Canada, and a director on the Harley-Davidson board, for answers. At press time, James was not available for comment. Janet Tinsley, senior manager of marketing services and communications for Deeley H-D Canada, told us there is no new information beyond what has already been stated in the press release. “When more information is available it will be released,” Tinsley says. “At this point, anything we say would be pure speculation.”

And how will this affect you? Cost for the end consumer generally drops when a third party is removed from a financial transaction—though whether that will be the case here—and if so, by how much—is not known. “The entire Deeley organization will work closely with Harley-Davidson to ensure a seamless transition and ensure that Canadian customers continue to enjoy an outstanding Harley-Davidson product, service, and support experience,” says Malcolm Hunter, president of Deeley H-D Canada. Deeley Harley-Davidson Canada: soon gone, and likely soon forgotten, like the last leaves of fall.