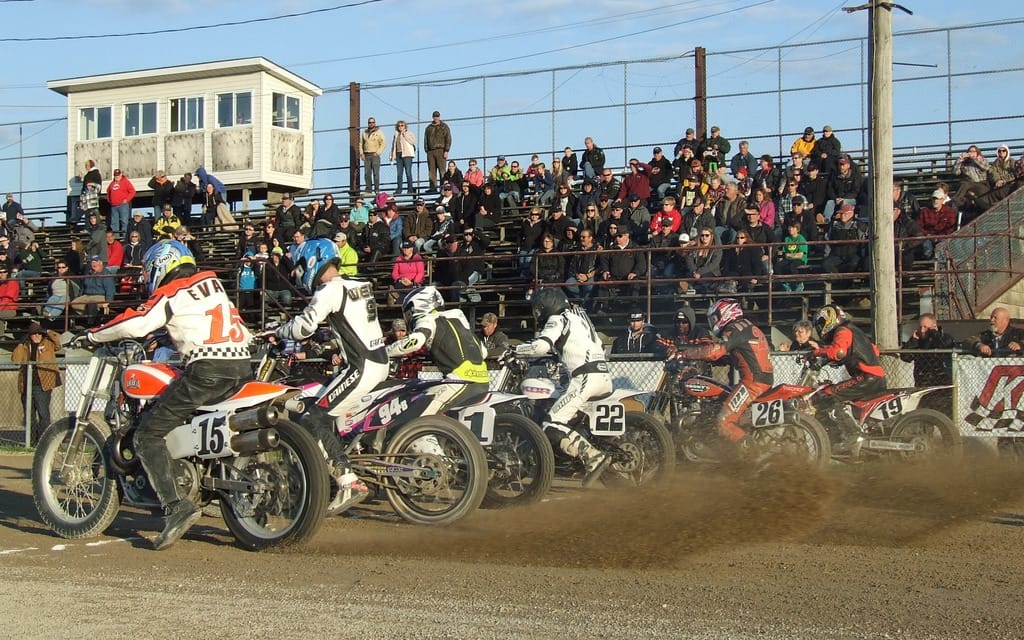 Flat Track Canada (FTC) has renewed its partnership with Parts Canada as the presenting sponsor for the 2015 FTC season.

“It’s an honour to have Parts Canada support Canadian flat track,” said Aaron Hesmer, president of FTC. “It’s exciting that Parts Canada has stepped up to become a ‘Presenting Sponsor’ of the series. The people of Parts understand our vision of the sport.”

Parts Canada’s Laura Lang also commented: “We are very happy to be supporting Flat Track Canada in 2015. The organizers of Flat Track Canada have proven to be extremely dedicated to growing and developing their series with increased venues, riders and spectators. Flat track is gaining momentum globally, and Parts Canada is thrilled to be part of the resurgence of this exciting sport here in Canada.”

The FTC seasons kicks off on May 16 with the Paris Half Mile in Paris, Ontario.