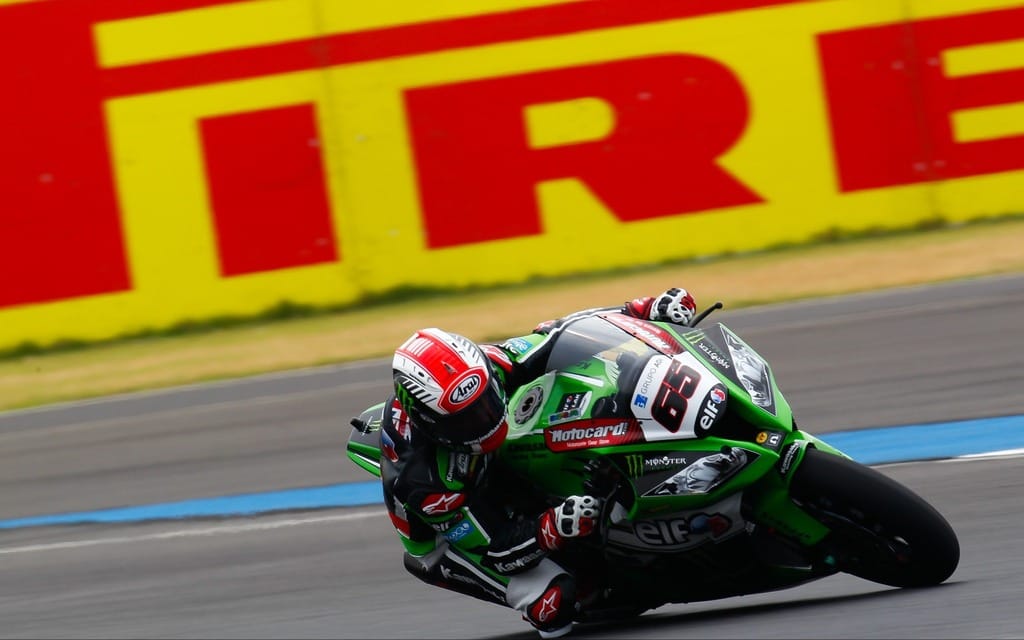 Big day for Rea in Buriram

Last weekend the Chang International Circuit in Buriram played host to the first ever World Superbike round to be held in Thailand. Kawasaki’s Jonathan Rea did the double, winning both of Sunday’s WSBK races.

The Ulsterman started from pole, pulled an early lead in Race One, and was unchallenged during the 20-lap race. Leon Haslam (Aprilia) finished second, 6.329 seconds back, while Tom Sykes (Kawasaki) was third, 8.183 seconds back.

Race Two was much the same, with Rea leading into turn one and never relinquishing top spot. Haslam again finished second, 4.946 seconds back. Alex Lowes (Suzuki) rebounded from a crash in the first race for third spot in Race Two, 8.701 seconds behind. For full results from Thailand, click here.

Rea now claims sole ownership of top spot in the overall standings with 95 points. Haslam isn’t far behind with 85, while Sykes rounds out the all-Brit top three with 50 points.

The next round of WSBK goes April 12 in Aragon, Spain.