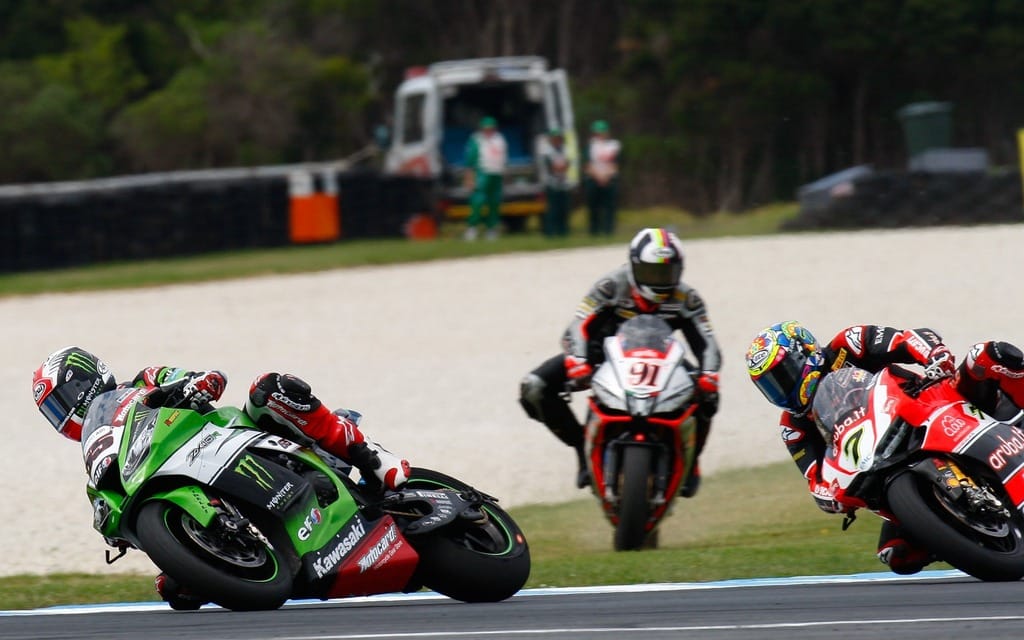 Rea claimed the first Superpole of the season to take top spot on an all-British front row, separated from Haslam by Ducati’s Chaz Davies. After a solid start, Rea went on to win Race One by a mere 0.039 seconds. Haslam took second, while Davies finished third, only 0.496 seconds adrift.

Rea’s start in Race Two wasn’t exactly stellar, though he did retain the lead through turn one. What followed was a thrilling display of WSBK action, with Haslam, Rea and Davies exchanging positions and vying for the lead. Rea led exiting the final turn, but Haslam beat him to the line to take the win by a scant 0.010 seconds. Davies again finished third, 0.298 seconds back. For full results from Phillip Island, click here.

As you likely guessed, Jonathan Rea and Leon Haslam are currently tied for first overall with 45 points apiece, with Chaz Davies not far behind with 32.

The next round of WSBK goes March 22 at Thailand’s Chang International Circuit.