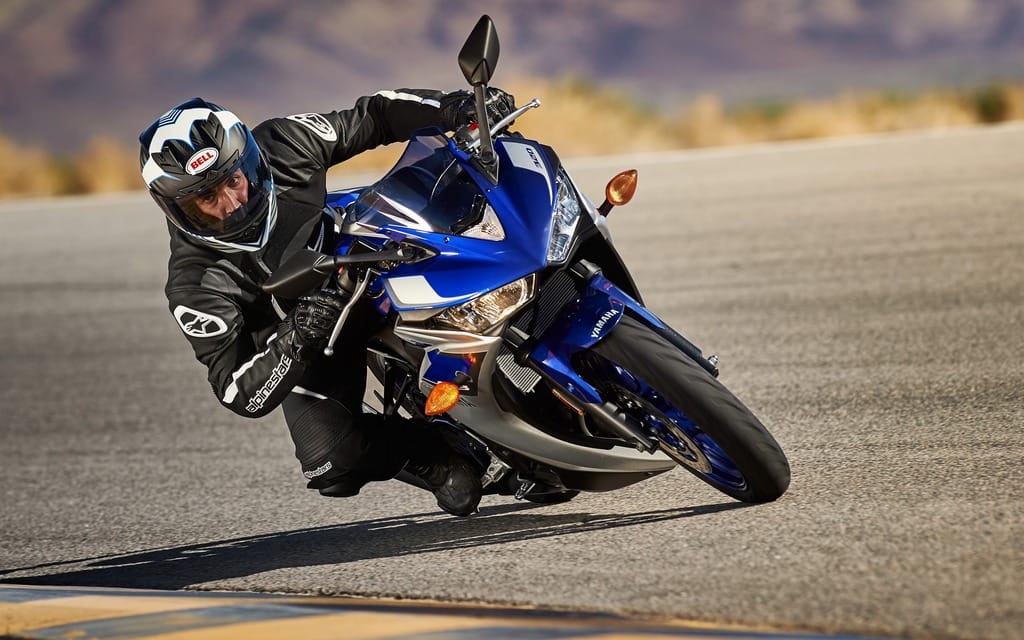 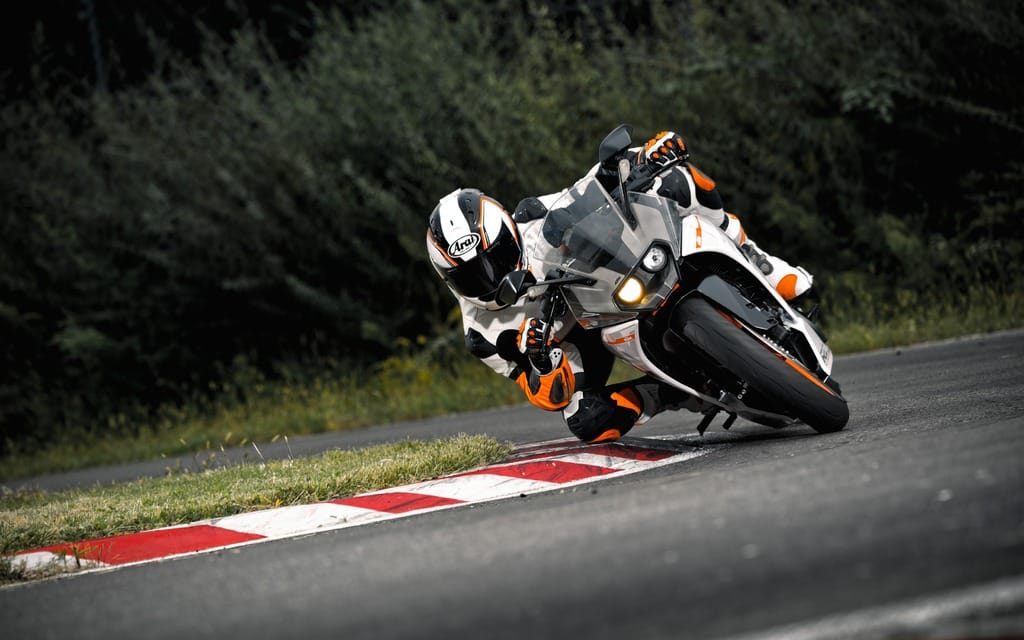 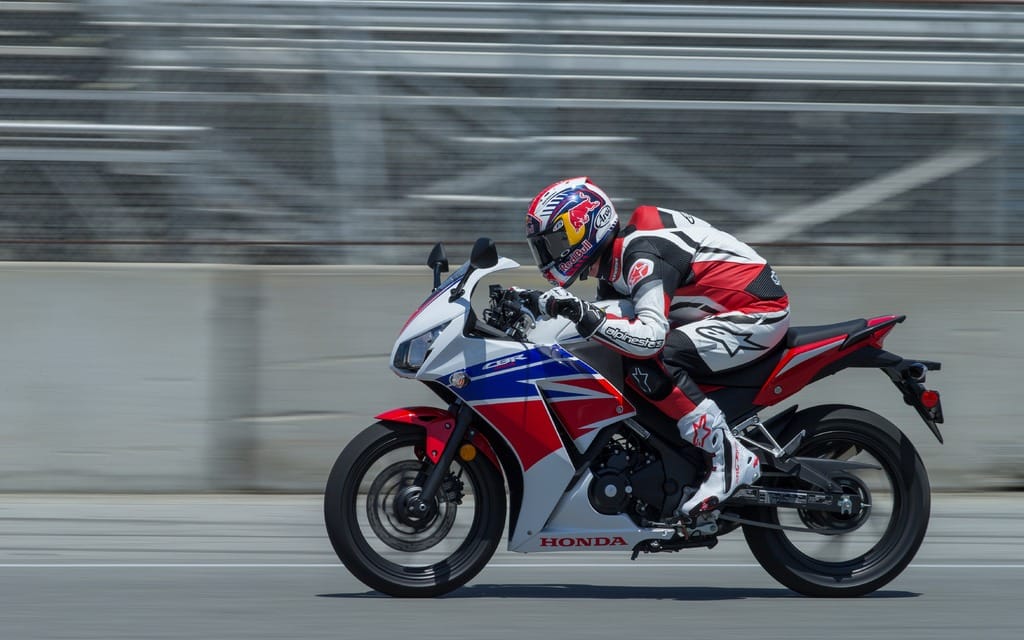 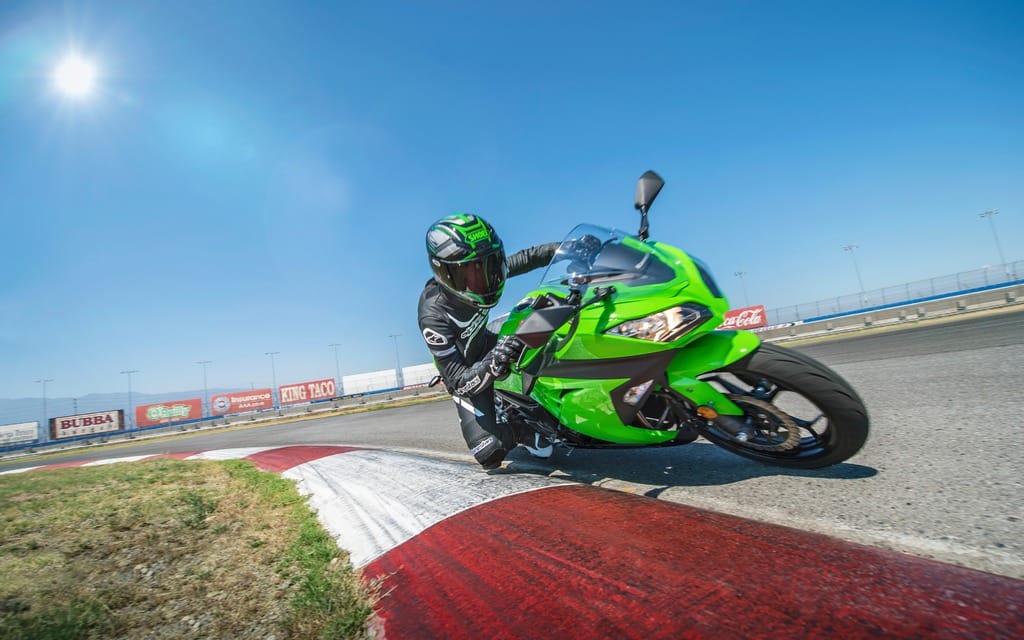 Small is the new obese, and the segment just keeps getting bigger

Small displacement sportbikes are all the rage – take the new Yamaha YZF-R3, for instance, which was unveiled at EICMA in the fall. Yamaha says it fills the gap between the 125 cc YZF-R125 (not available in Canada) and the 600 cc R6, adding another link in the chain from entry-level to the full-blooded R1 supersport.

Powering the R3 is an all-new 321 cc, fuel- injected, liquid-cooled parallel twin with dual overhead cams operating four valves per cylinder. Yamaha says it’s designed to deliver solid performance across the rev range with a very linear throttle response, and to “maximize riding fun in the real world.” (Which is good, because we’re so over minimized fun in fantasyland.) The engine sits in a new lightweight steel semi-trellis frame and receives a six-speed transmission and low mounted two-into- one exhaust. The bike is suspended by a 41 mm KYB fork and link-less shock that’s adjustable through seven settings of spring preload. Brakes are single discs, 298 and 220 mm front and rear, respectively. The seat is narrow and hovers 780 mm above the pavement. Yamaha says the R3 strikes a balance between sporty handling and rider comfort due to an upright riding position achieved by mounting clip-ons above the top triple clamp. It all sounds good on paper, and we’re eager to sample it in person; given Yamaha’s performance chops, we’ll bet the R3 will be a sufficiently sporty little number.

And therein lies the issue. We wonder if we’re seeing the start of spec creep, a steady increase in displacement and performance that may eventually raise these bikes above their entry-level intentions. (Magazine hacks are partly to blame for fanning the public’s desire to get more from less. We’re a fickle bunch, one month lamenting these bikes’ lackluster performance, the next fretting about manufacturers suffusing machines with too much performance.) With the introduction of the R3, three of the Big Four Japanese brands offer sportbikes circa 300 cc in the Canadian market: the 286 cc Honda CBR300R; the 296 cc Kawasaki Ninja 300; and now the 321 cc Yamaha R3. You see the trend. And don’t forget KTM’s segment-shattering 375 cc RC390, which is set to arrive this spring. Of the aforementioned OEMs, only Honda offers a sub-300-category sportbike in its Canadian lineup (the CBR125R).

The other issue this raises is that of cost creep. The Yamaha R3 is $4,999, but does without ABS – a useful feature for anyone, let alone those just developing riding skills. For only $200 more you can get a Honda CBR300RA, which adds standard ABS to the base CBR300R package. Prefer a twin to a single? The Kawasaki Ninja 300 ABS can be had for $5,799. But if you’re going to spend almost six grand you might as well maximize your sporting potential; though KTM has yet to announce Canadian pricing for the RC390, it has Stateside – $5,499 in American dollars, or roughly $6,200 Canadian. But wait, the sporty Yamaha FZ-07 is only about $1,000 more than that, and the even sportier FZ-09 only $1,700 more than that. And if you’re already spending nine grand you might as well spend $12,000 and get an R6. The hell with it, let’s just get an R1 and be done with it.

Follow this progression to its natural conclusion and you’ll end up with a Ducati Superleggera in your garage – which, of course, misses the whole point. Small displacement sportbikes should be sporty, but only to a point, and only at a certain cost. The idea, after all, is that these bikes be affordable, and that novices actually be able to ride them without scaring themselves (or mom and dad) to death. At their best, they’re fun, forgiving, and just-fast-enough. Let’s hope a few stay that way.