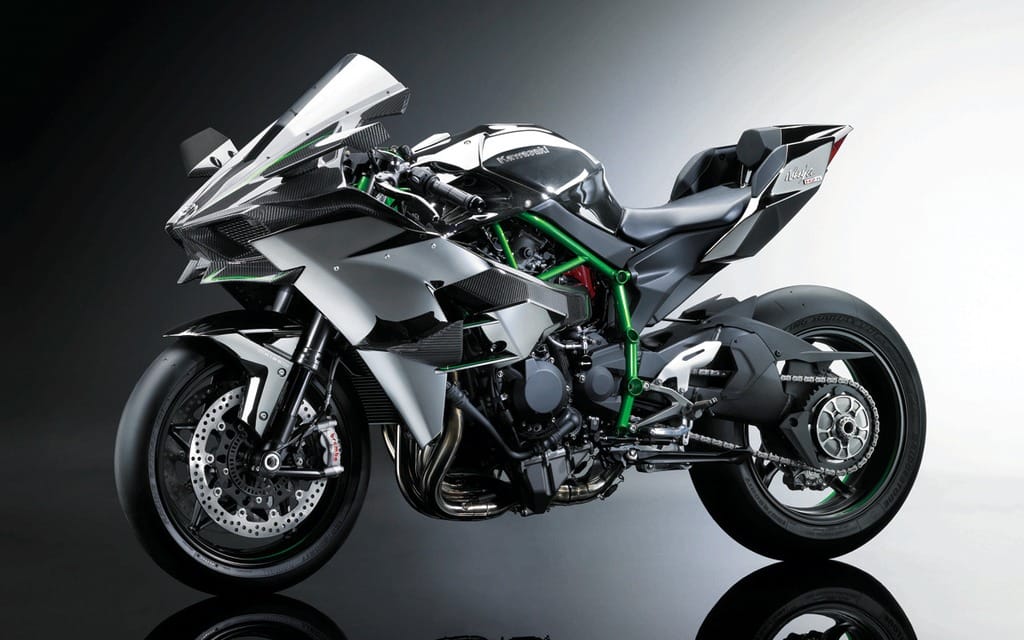 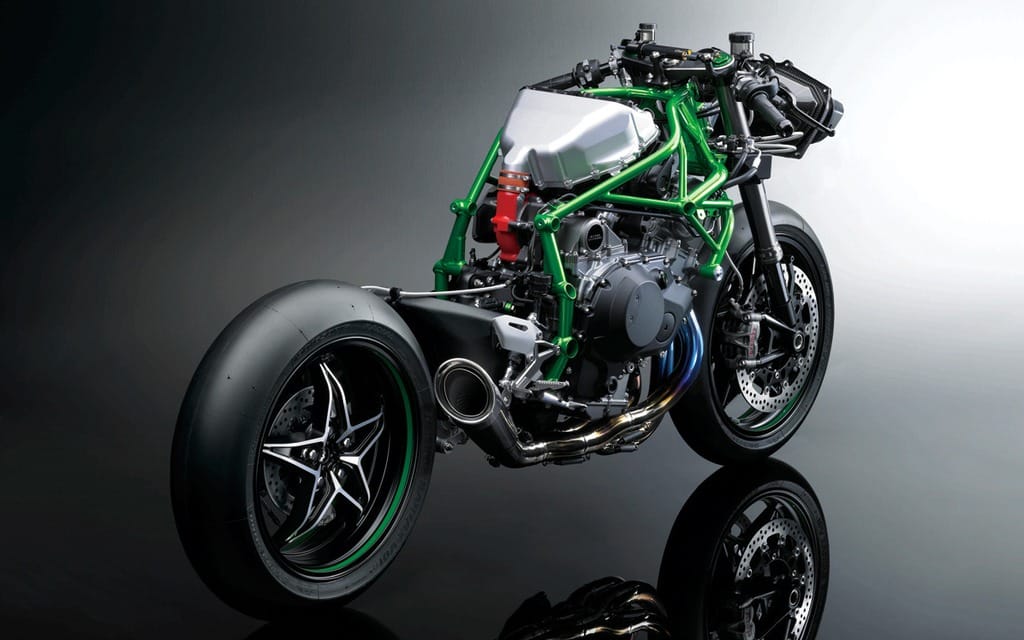 At last fall’s Asia-focused Intermot in Cologne, Germany, mostly forgettable Japanese, Chinese and Indian bikes made their debut. There was one exception to the banality: the exceptional Kawasaki H2R.

The track-only H2R and its H2 street-legal sibling (to debut at Eicma) are what manufacturers call halo products, evocative flagship models intended to demonstrate technological prowess and to attach a rarified aura to the brand. Often halo products are no more than the best offering in a company lineup, but the really effective ones are outrageous and over-the-top, with looks and specifications that deviate from the norm. Small motorcycle manufacturers like Bimota (with the Tesi) or Ducati (Desmosedici) have typically used halo products. Rarely has this strategy been used by the Japanese Big Four, with perhaps the last true example the oval-piston Honda NR750.

The H2R’s styling is pure Robotech, something straight out of Japan’s famously futuristic cartoon. After a multitude of Yamaha R1 clones from virtually every manufacturer since 1998, here at last comes a superbike with an unmistakable visage, one unashamedly Japanese. There are no overtures to Italian design or attempts to synthesize a Western aesthetic. Even Kawasaki’s familiar logotype has been removed and in its place is the company’s historic “River Mark” mon. A mon is akin to a European heraldic crest or battle standard, and like most significant prewar Japanese conglomerates, Kawasaki has one.

The H2R is a sign of an emergent confidence from Kawasaki, a company that has made excellent motorcycles, but one that has spent the last decade building follow-me machines that lacked a coherent brand vision. The H2R feels like a return to form; a new direction in styling and technology that channels the past (the H2 moniker is lifted from the ferocious two-stroke 750 three-cylinder of the ’70s) to when Kawasaki was the hard man’s motorcycle.

Kawasaki has an aerospace division responsible for Boeing 787 wing parts; another that assembles turbines for nuclear power stations; yet another that is the prime contractor for Japan’s reusable space rocket program. The H2R has in it DNA derived from engineering projects that have tested the limits of human ingenuity on a scale no other motorcycle manufacturer can match. Kawasaki — most assuredly — is back.