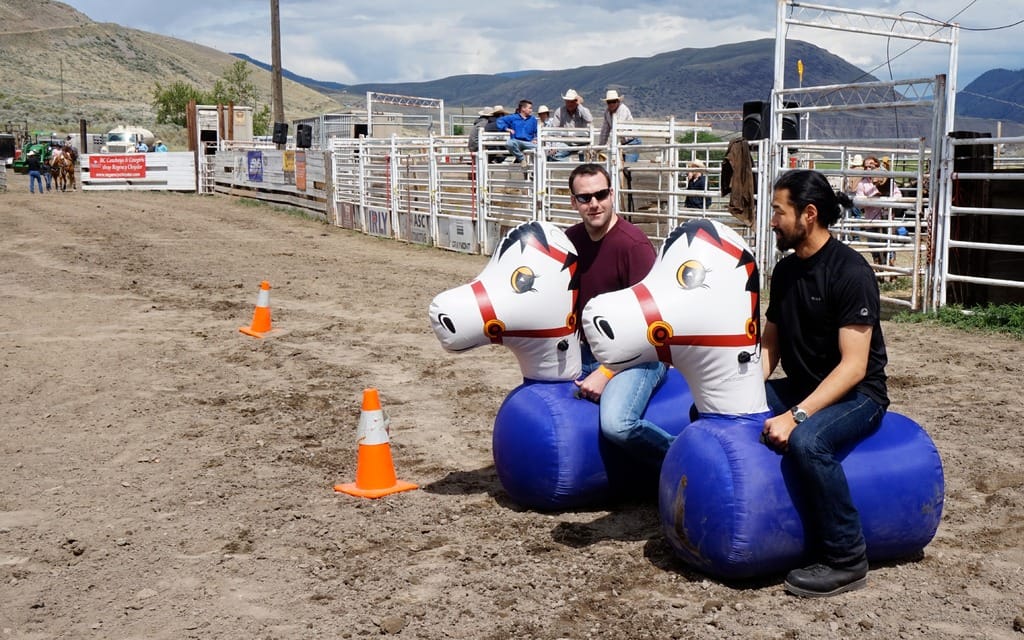 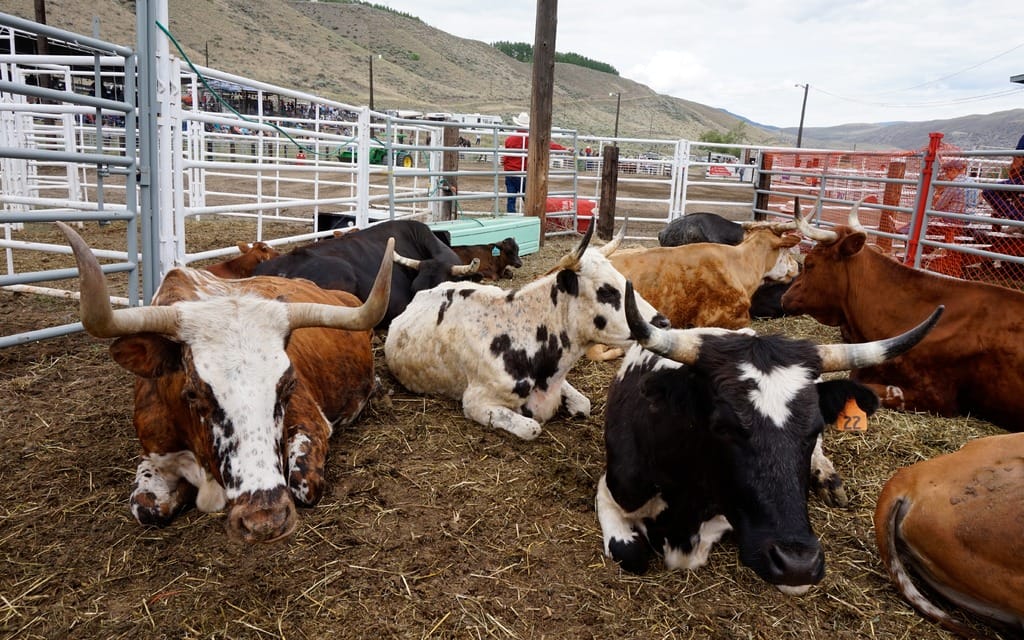 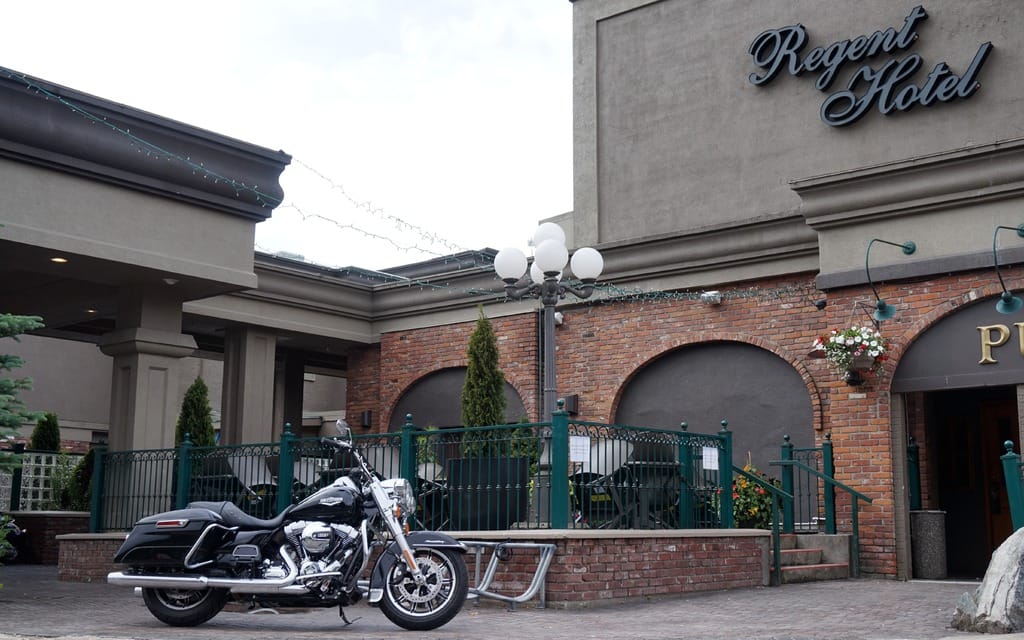 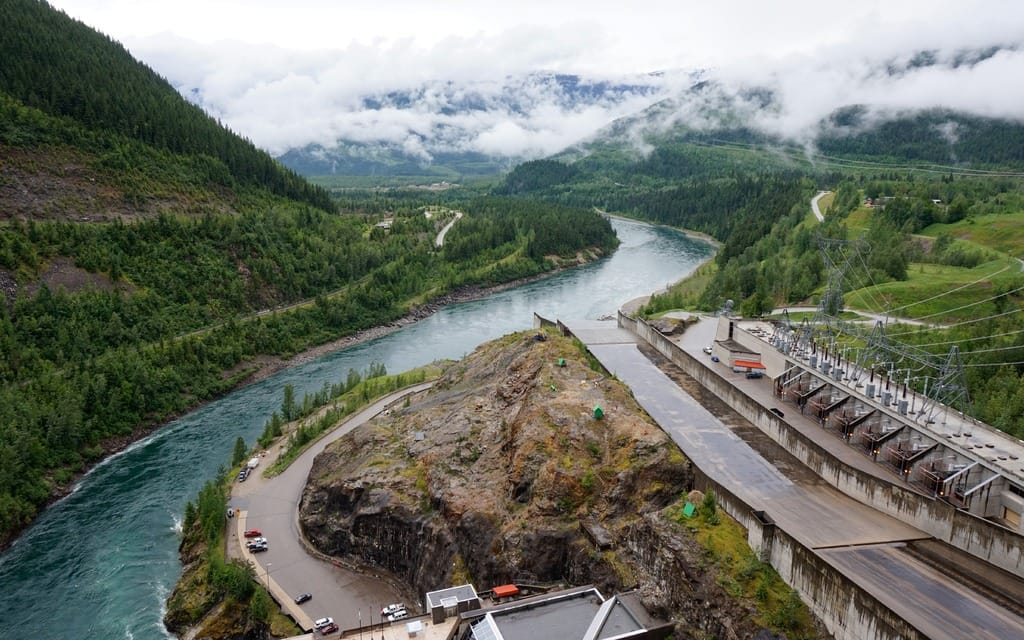 A week in B.C. begins softly then grows mellower

When I think of British Columbia, the first things that come to mind are pot, snowboarders, and mountains. So on the first day of a seven-day road trip based out of Kamloops, I’m surprised when I end up at a rodeo surrounded by Stetsons, cowboys, and scrub desert. And that’s before I get roped into participating.

Having flown into Kamloops the night before, we (another Canadian and Robert from Texas, who’s never been to Canada) spend the morning at Kamloops Harley-Davidson picking up our rental bikes from Eagle Rider. (There are also two Germans in our group, though they’ve yet to turn up.) It’s a light loop today — more of a warm-up, really, before the trip begins in earnest tomorrow — heading west to Cache Creek and south to Ashcroft (site of the rodeo), then back to Kamloops by way of Logan Lake. (Kamloops, with airport access and Eagle Rider rentals on hand, is an ideal base. Itinerary suggestions can be found at www.tourismkamloops.com.) Rolling west along Highway One, the bike rumbling smoothly beneath me, I don’t quite feel like I’m in B.C. If I were to suddenly wake up in this landscape of high rolling hills and dry scrub desert, I’d swear I was in the foothills of Alberta.

It’s a sentiment I feel more strongly when we reach Ashcroft. The ground is pale and parched (though overcast skies promise rain), and dust rises from the rodeo ring. I hear the crowd laughing as we approach, then the announcer saying, “Do we have any volunteers?” And with that my arm raises and I’m in the ring. Just like that. “What do I have to do?” The announcer covers the microphone with his hand and whispers, “Ride a horse.” My panic is immediate. I’ve only ridden a horse once, an old mare I couldn’t control. Then I see the horses over his shoulder. They’re plastic and filled with air. I should be humiliated but I’m relieved. We’re to bounce along in a race, and all is going well until I’m bumped by a competitor and flip boots over teakettle onto my back. Laughter escorts me from the ring, but so do smiles and hands helping to dust me off.

Back in Kamloops that evening, after narrowly outpacing heavy rainclouds that tailed us from Ashcroft, we head to the hockey arena. It’s the culmination of the Kamloops Harley Owners Group’s 26th annual poker run. The event is sold out, and 800 participants swell the arena for an evening of food, games, and live entertainment, with proceeds going to muscular dystrophy research. It’s like a giant family reunion, HOG members chatting, laughing, while seeming to know each other. But we aren’t members, which is made glaringly obvious not only by our lack of HOG-emblazoned vests, but by our being seated at a table labeled “NON-HOG.” We don’t quite fit in—like it’s Christmas dinner and we’re stuck at the kids’ table.

The next morning clouds have cleared, and although it’s fewer than 300 km from Kamloops to our destination of Revelstoke, staying in a different town tonight makes it feel like the trip is really getting underway. We head east from Kamloops, then turn south at Monte Creek on 97. It’s starting to look more like the B.C. I remember from my cross-country trip in 2010. Hills become mountains and the landscape grows greener as we get in a groove on the kind of snaking, sweeping bends so difficult to find in southern Ontario. After lunch at the Bean Scene Coffee House, we backtrack, and then keep right on the 97A — but not for long, stopping at the Village Cheese Company in Armstrong. I pick up a pack of cheese curds, arousing the interest of Robert the Texan. “What the heck are those?” he says. I explain. “And y’all eat that?” Oh yes, I say, It’s good in poutine. “What the heck is poo-teen?” I smile. He’s in for a crash course on the highs — and the lows — of Canadian culture.

Continuing north on 97A, we pick up speed as the road unfurls ahead, first skirting a river that becomes Mara Lake, then hugging the water with the shore to our left and tree-topped cliffs to our right. It’s an exceptional stretch of pavement with smoothly curving corners — not so tight that we’re grinding floorboards, but curvaceous enough to keep things interesting. At a stoplight in Sicamous, Robert pulls beside me. “We don’t have many roads like that in Texas,” he says through a giant grin. “Leastways not with that kind of scenery.”

Heading east on Highway One, we make it to Revelstoke by early evening. Al Perrett, owner of Kamloops Harley-Davidson and our guide and chase truck driver for the trip, is already waiting at the Regent Hotel. “Where are the Germans?” he asks. We have no idea, haven’t seen either Daniel or Martin all day. After checking in and freshening up, we meet in the River City Pub, and they still haven’t shown up. We wait for a while, have a beer and discuss the day—but still no Germans. We order, eat, decline dessert but still they haven’t arrived. It’s getting dark and looks like rain. Al is worried. What’s worse, we neglected to exchange phone numbers with the Germans before departure and have no way of contacting them. And then Al and I go outside to get a bag from the truck and they roll in. “Am I glad to see you,” Al says with a smile as he claps Daniel on the back. It turns out that even the Europeans were smitten with the weather, the roads, and the vistas. “We took our time and enjoyed it,” says Daniel.

The next day is another short one, roughly three hours from Revelstoke to Lake Louise, Alberta. Plenty of time, we think, to see some sights before setting off. Plus, the skies look threatening, with the forecast predicting clearing skies mid-afternoon. We eat a leisurely breakfast and then make our way to the Revelstoke Railway Museum. A self-guided tour takes us through the history of the railroad in Revelstoke and in the Rockies in general. The Last Spike was driven just 45 km to the west at Craigellachie, B.C., on November 7, 1885. It’s hard to appreciate the scale of a locomotive until you’re right in front of it (some say the same about the Harley). Engineer Les Handley, who retired in 1985 after 40 years, is on hand to answer questions. He tells us that this locomotive was designed to burn oil instead of coal, and explains what the myriad valves and gauges do. And yes, he says, they actually cooked their beans above the boiler.

A guided tour of the Revelstoke Dam has been arranged, and even though I prefer history to hydroelectricity, I play the polite Canadian and tag along. (The Germans, however, had no such scruples, and disappeared.) And now it’s two o’clock. And it’s starting to rain. If those Germans beat me to Lake Louise, they’d better have a beer waiting.