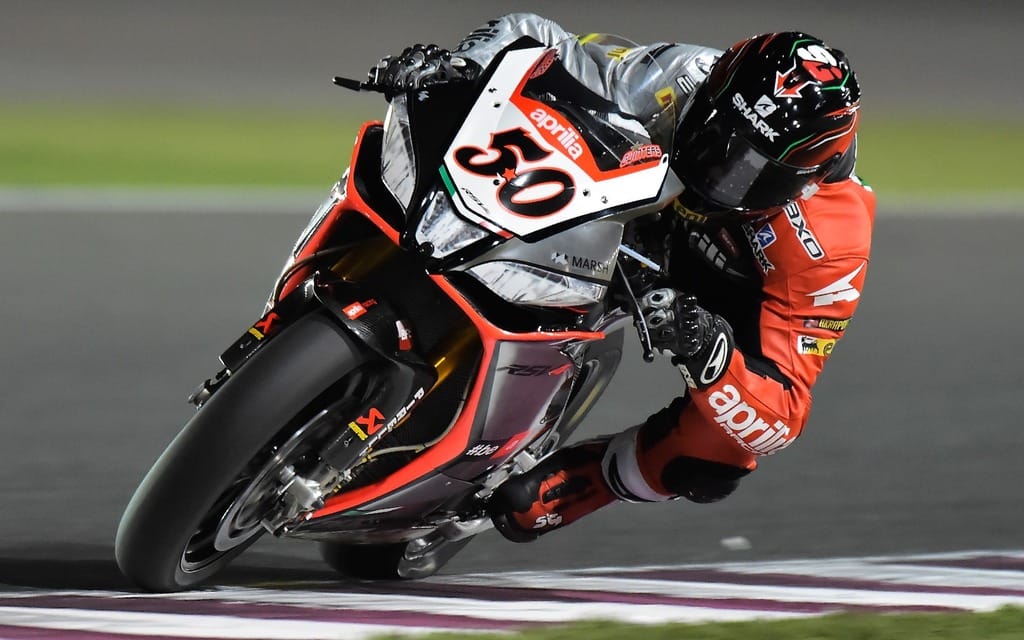 Sylvain Guintoli (Aprilia Racing) won both World Superbike races at the Losail International Circuit in Qatar on Sunday. In doing so the Frenchman snatched the WSBK championship title from Tom Sykes (Kawasaki Racing) by a slim six points.

Race One was a tight affair early on. Jonathan Rea (Pata Honda) led in opening laps which saw the top eight within a second of each other. Once things settled down Loris Baz (Kawasaki Racing) and Guintoli opened up a gap, the latter passing Baz on lap 14 and pulling away for the win. Despite receiving team orders to allow his teammate past, Baz took second ahead of Sykes.

Sykes rebounded with a strong start in Race Two, getting the holeshot and leading early. A strong ride by Rea saw him take the lead briefly before being overtaken by Guintoli, who set a new lap record en route to his impressive double-win weekend. Rea hung on to finish second, followed by Sykes in third. For full results from Qatar, click here.

Smooth, consistent riding, culminating in a near perfect final round of the season, led Guintoli to his first world title. Although he took eight wins this season, Sykes finished second. Rea’s strong showing in the season’s final round elevated him to third overall.