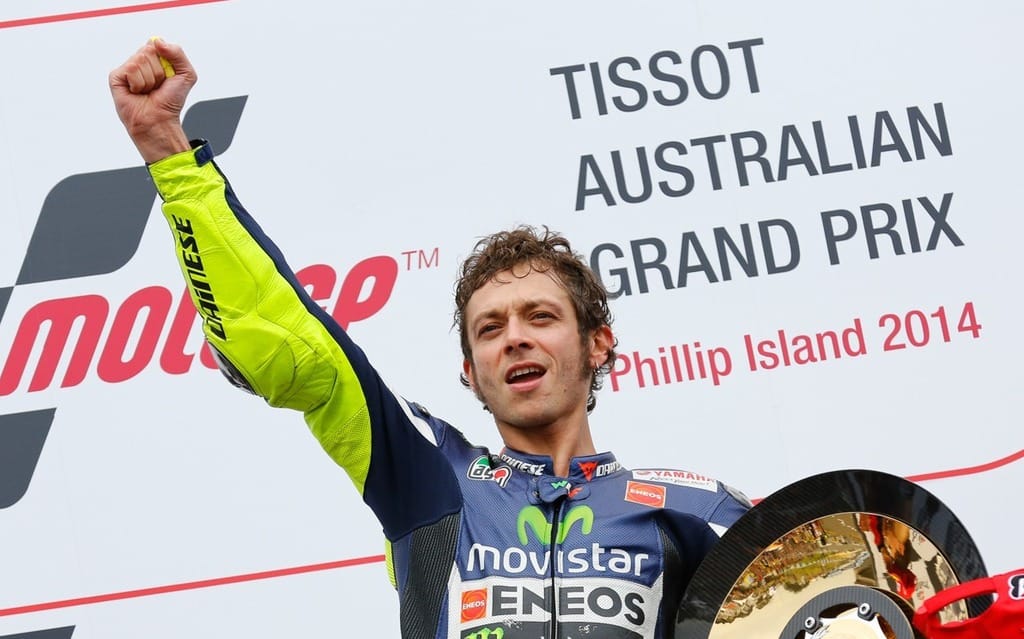 The Doctor wins dramatic race Down Under

Rossi had a solid start from eighth on the grid and was right in the mix from the opening laps. Marc Marquez (Repsol Honda), who has already locked up top spot in the 2014 championship, led for much of the race but crashed out with 10 laps remaining. Ducati’s Cal Crutchlow had a phenomenal late charge and looked poised to take second, but crashed out on the final lap. (Marquez and Crutchlow were far from alone in their misfortune; nine riders either crashed or failed to finish, many being in the mix for the podium.) Jorge Lorenzo (Movistar Yamaha) took what he described as “probably the luckiest second place of my life,” 10.836 seconds behind his teammate. Meanwhile, Bradley Smith (Monster Yamaha Tech 3) claimed his first MotoGP podium finish in third, 12.294 seconds back. For full results from Phillip Island, click here.

Rossi’s win solidifies his hold on second in the overall championship with 255 points. Lorenzo’s strong showing, coupled with a DNF for Dani Pedrosa, moves Lorenzo into third with 247 points.

The next round of MotoGP goes October 26 at the Sepang Circuit in Malaysia.