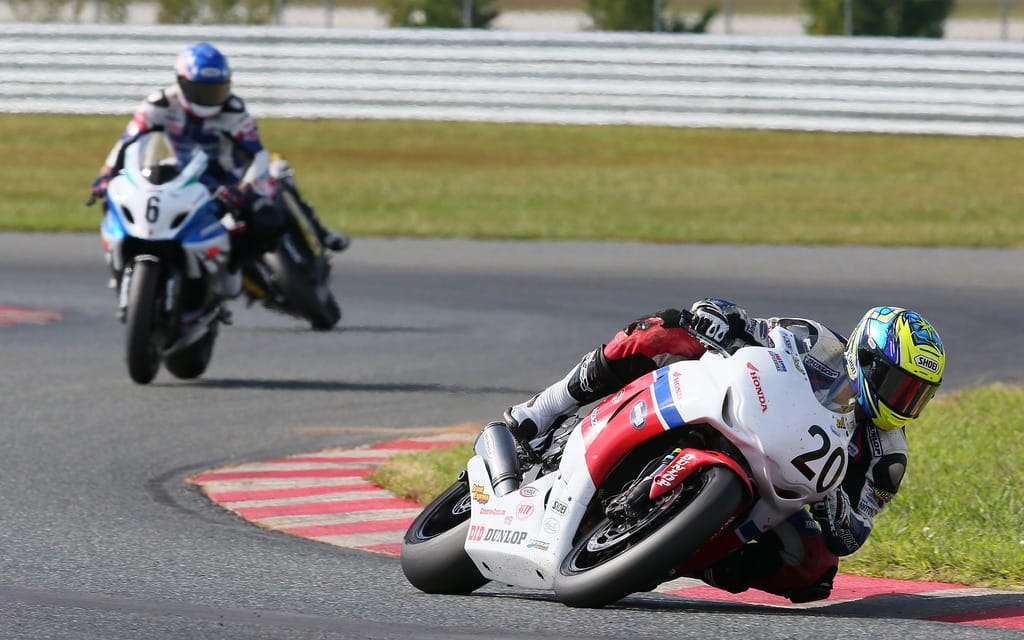 Josh Hayes (Monster Energy Graves Yamaha) secured his fourth AMA Pro SuperBike title with a win in Sunday’s 23-lap feature race at New Jersey Motorsports Park in Millville, New Jersey. It was the series’ finale – and we mean finale. As of next season, the top tier of American professional road racing will no longer be run by the AMA but by newly minted MotoAmerica.

Canadian Superbike Champion Jodi Christie was also competing on his Accelerated Technologies Honda and had a strong showing on Sunday. Christie crashed out of Saturday’s race while running in third, but bounced back with a respectable sixth-place finish on Sunday.

CSBK.ca reports Christie as saying, “It was a bit of a struggle out there. I had new gloves and developed a blister on my right hand, and I lost my right knee slider early in the race. Our set-up wasn’t there, we didn’t get much dry practice, and I was skating around on corner entry. But I really wanted a finish, I wanted to redeem myself.”