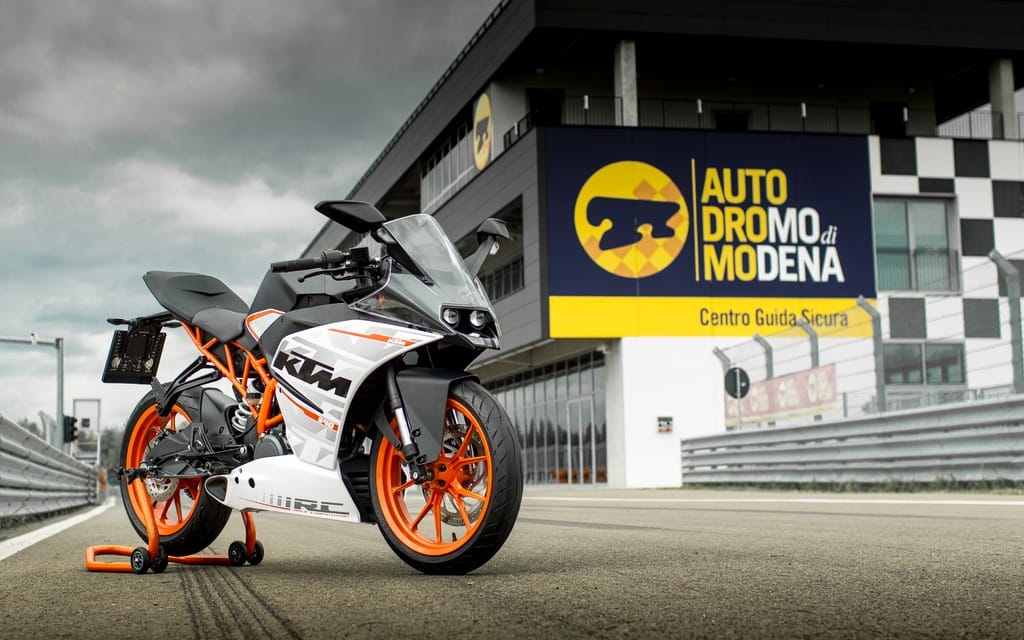 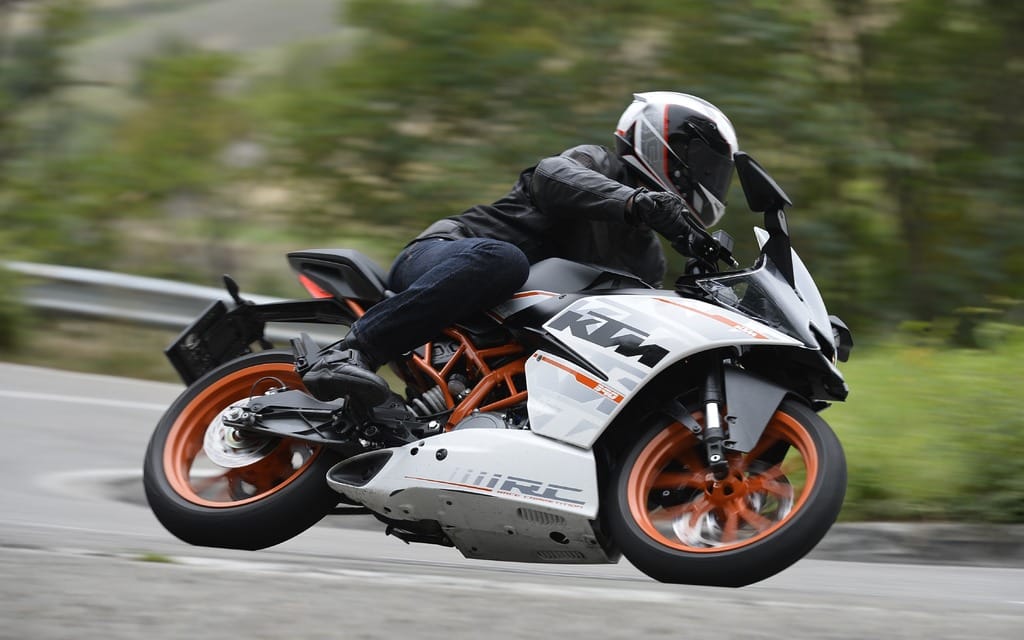 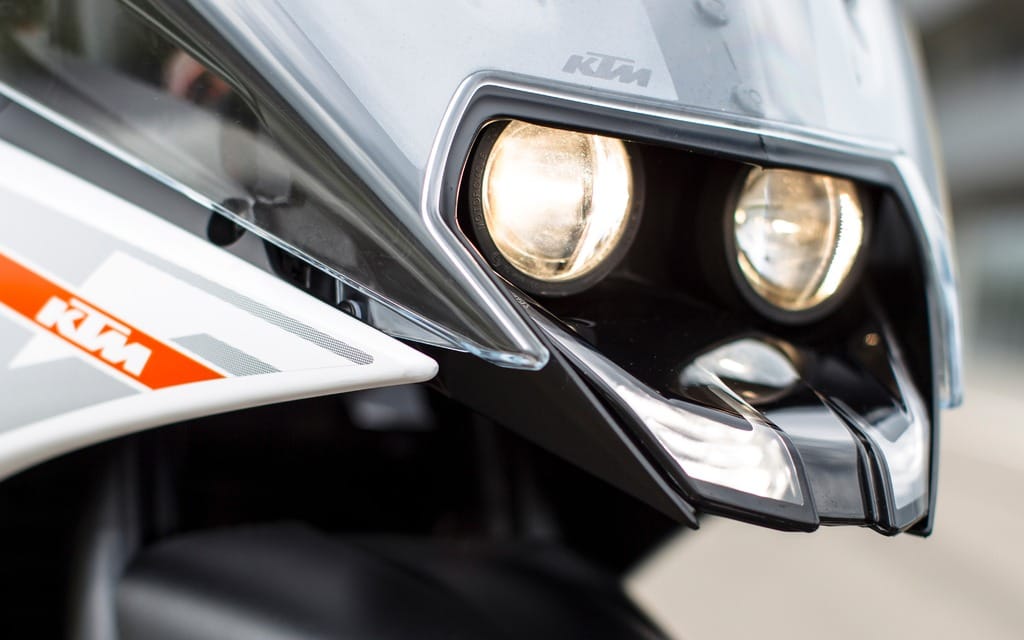 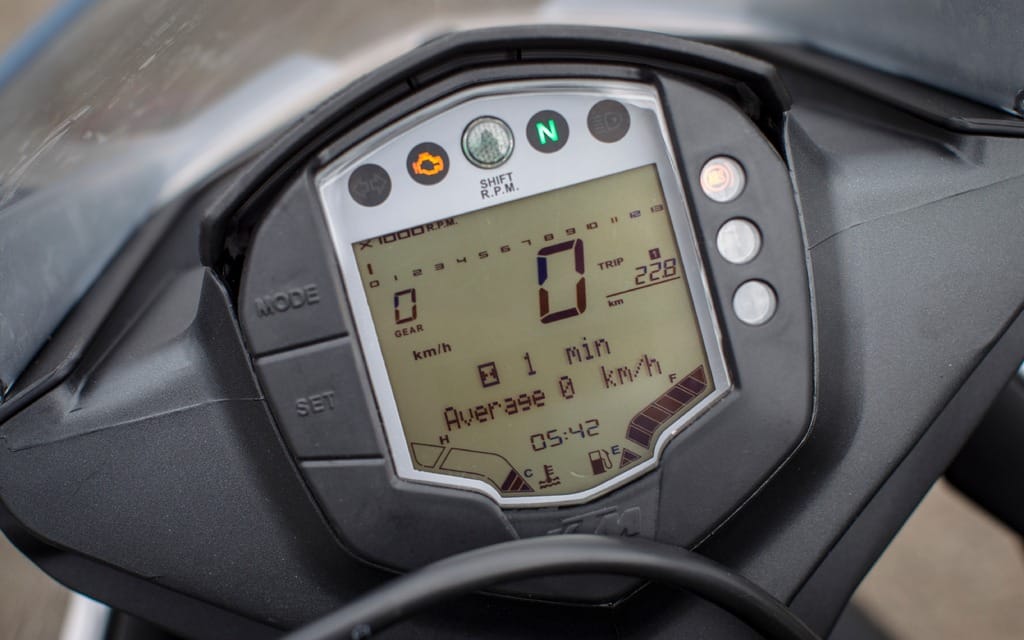 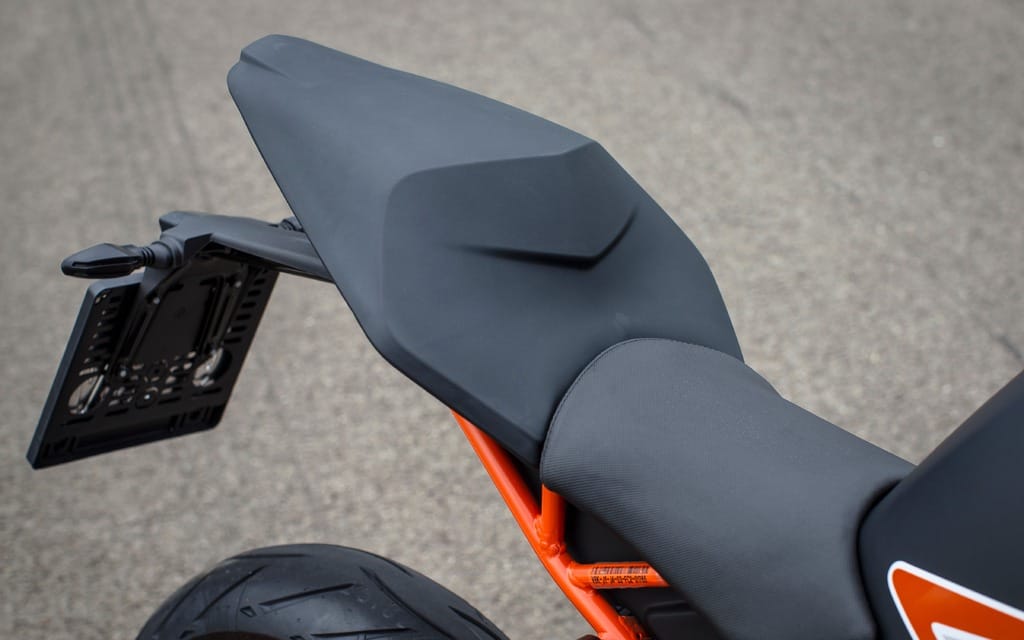 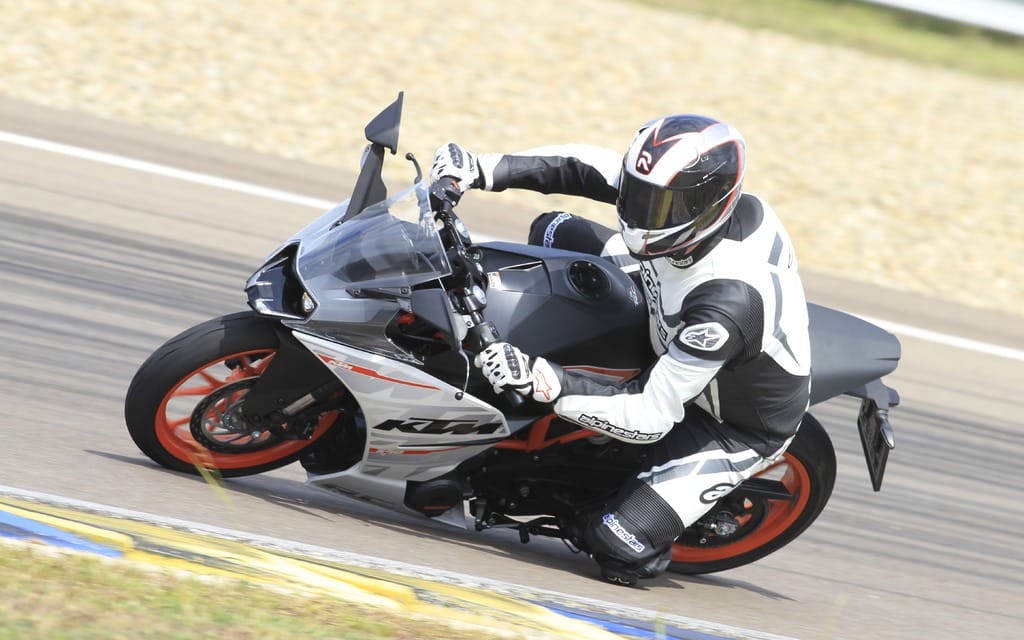 Whenever a manufacturer introduces a sub-500 cc sport motorcycle, we can’t help but be skeptical. Many bikes in this category ape sportbikes but fail to deliver truly sporty performance. Sure, they’re light and agile, but many are lacking the power and precision we expect from the genre.

That’s why KTM’s introduction of the new RC 390 piqued our interest. The firm from Mattighofen operates under a “ready to race” mantra, which suggests that a sportbike developed by KTM, regardless of displacement, should perform at a high level. We were on hand at the bike’s international press launch in northern Italy to find out whether the RC 390 delivers more than just sporty looks.

From first glance, KTM nails the aggressive sportbike look with the RC 390. The bike has an exceptionally slim appearance – not surprising given its incredibly light 147 kg weight – with underbelly exhaust and turn signals integrated into mirror stems keeping lines clean. The cockpit houses a straightforward LCD with digital speedometer, tachometer, gear indicator, fuel gauge, clock, shift light, odometer and trip meters, as well as a selection of fuel consumption figures or a service interval readout. Controls are simple: starter and kill switch on the right switchblock; lights, turn signals, and horn on the left. While that may look like a sport cover on the pillion seat, it’s actually the stock passenger perch (honestly, it’s a seat, and it’s actually soft). Orange 17-inch rims and powder coated steel trellis frame scream KTM, while round twin projector headlights give the RC 390 a distinctive visage. All other lighting is LED.

Mounting up feels as it should – that is, like you’re mounting a sportbike. Clip-ons feel a little lower and farther forward than on comparable models – Honda CBR250R (now replaced by the CBR300R), Kawasaki Ninja 300 – and the footpegs a little higher and farther back. This gives a rider of the RC 390 a more sporting stance, but one that’s still comfortable for everyday street riding. Fueling is well sorted, clutch pull is modest, and shifting through the six-speed gearbox is smooth and precise.

The 375 cc liquid-cooled single delivers plenty of usable power from 3,000 rpm upwards. Entirely capable of short shifting for the streets, the mill is, however, much more entertaining when given longer legs – especially on the track. Cane it down a straight or let it scream coming out of a tight curve and the RC 390 responds as it should – that is, like a sportbike. The RC 390 even sounds like a sportbike, with a pleasingly aggressive engine note and surprisingly low gurgle coming from that can in the belly pan. While other smaller displacement sportbikes come up short in terms of top speed, the RC 390 was comfortably able to propel a full-grown man down the front straight at the Autodromo di Modena at roughly 150 km/h. KTM staffers claim a top speed of 160 km/h, which is more than enough for the street, or even someone honing their skills on the track.

Turn in is light and the bike is very agile, readily responding to mid-corner steering inputs. The stiff 43 mm inverted fork provides excellent feedback from the pavement, and, although it isn’t adjustable, stock settings should suit most people in most situations (the exception being serious track duty). The rear shock felt a little soft, though it is pre-load adjustable. In terms of braking, a single front 300 mm disc may seem minimalistic (though the norm for this segment), but a radially mounted four-piston caliper provides plenty of fade-free stopping power. Plus there’s that 230 mm rear disc and standard ABS (which can be switched off).

The RC 390 is so much like a sportbike that it actually is a sportbike – it just happens to be of smaller displacement. A morning spent in the city and then carving up Italian mountain roads show it’s ready for the streets, while an afternoon at the track show it’s ready to race. All that’s left is for consumers to show whether they’re ready for a small sportbike that’s actually a sportbike. Although we’re still waiting on a confirmed MSRP, we do know the RC 390 will be in Canadian dealerships in the spring of 2015. Watch the pages of our print publication for a full review.