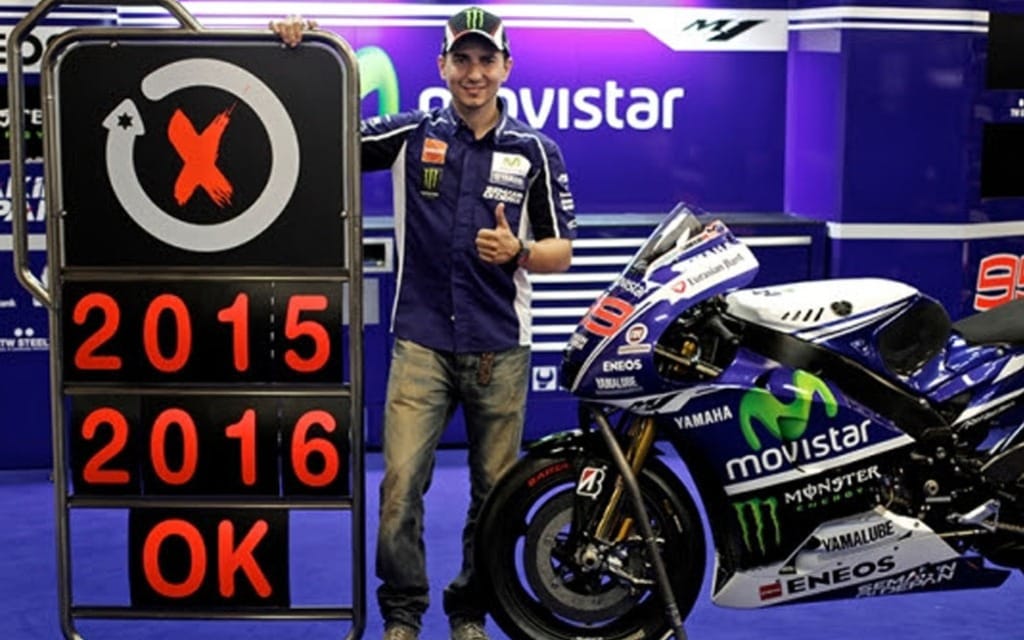 Movistar Yamaha MotoGP rider Jorge Jorenzo has signed with the team for another two seasons of competition in the world’s premier motorcycle road racing class. Lorenzo, who started with the Yamaha team as a rookie in 2008, won the world championship for them in 2010 and 2012.
Although he has had a tough season this year, Yamaha predicts that he’ll come back strong. “Last year we saw what he was able to do when the going was touch and he was fighting back from mis-season injuries, so we know that the potential is there for a strong second half to the 2014 season,” said Lin Jarvin, Yamaha Motor Racing’s managing director. “For 2015 and beyond we have no doubt that Jorge will be a strong title contender and we will do our very best to provide him with the materials and the support he needs to be able to realize our shared ambitions.”
Lorenzo said it was a “relief” to have the contract signed and to be able to focus completely on the rest of the 2014 competition season. “I strongly believe that we can fight for a third title together,” he said.
Spanish rider Marc Marquez won the Red Bull Indianapolis Grand Prix for the Repsol Honda team on the weekend; Lorenzo came in second, two seconds back, with teammate Valentino Rossi right behind him.