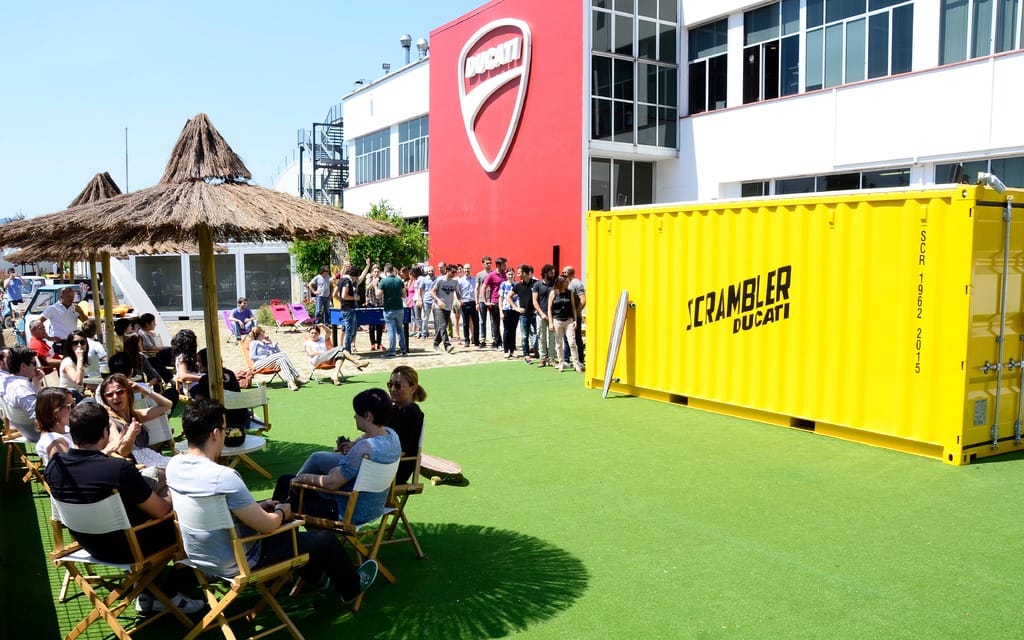 It wasn’t just another day at the office for Ducati employees earlier this month in Bologna, Italy, as workers were treated to a private viewing of Ducati’s scrambler prototype on June 9. A Ducati press release says the event had a “beach atmosphere with surfboards, street food and a big yellow container in which they were able to view the new model undercover.”

We have no idea what the bike’s specifications are, or what it looks like, but Ducati says the new scrambler will be available from early 2015 onwards.