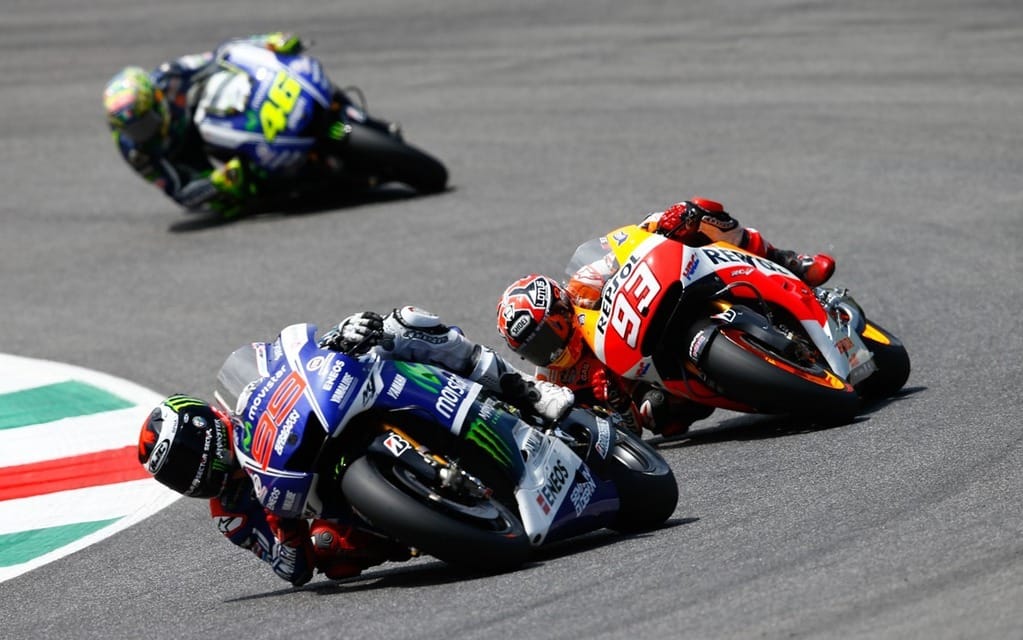 Repsol Honda’s Marc Marquez remains unbeaten in 2014, his recent win in Italy making him six for six on the season. Marquez also claimed his sixth consecutive pole position, starting from top spot on the strength of a 1:47.270 put down during Saturday’s qualifying session at the Mugello Circuit.

However, the win did not come easily. Jorge Lorenzo (Movistar Yamaha) showed the kind of form that has earned him two MotoGP championships. The two Spaniards had a thrilling battle in the latter stages of the race, exchanging the lead several times down the stretch. In the end Marquez was too strong and Lorenzo took second, a scant 0.121 seconds back. Lorenzo’s teammate Valentino Rossi – who was competing in his 300th Grand Prix – started from 10th on the grid and had a great ride to finish third, 2.688 seconds behind. For full race results from Mugello, click here.

Marquez’s string of victories gives him a stranglehold on the overall MotoGP championship with a perfect 150 points. Rossi’s third-place finish at Mugello sees him jump to second overall with 97 points, though Dani Pedrosa (Repsol Honda) is just behind with 96.

The next round of MotoGP goes June 15 at the Circuit de Barcelona-Catalunya in Spain.