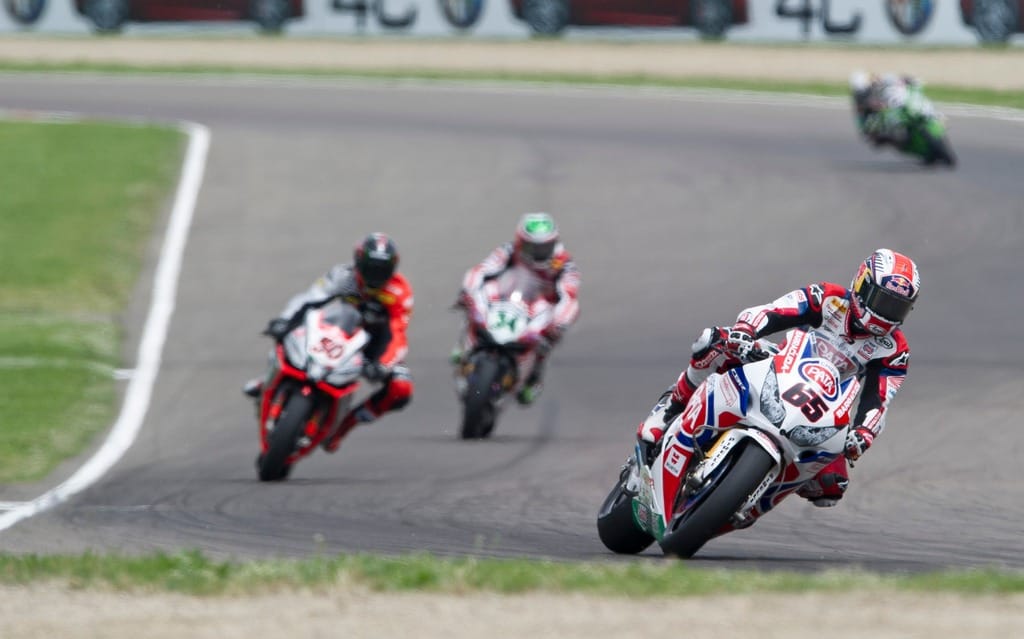 It was a perfect World Superbike weekend for Jonathan Rea in Imola, Italy, as not only did the Pata Honda rider claim pole position on Saturday, he won both of Sunday’s races as well.

The native of Northern Ireland had a superb start in the first race and was never challenged, taking the victory easily. The real action was the fight for the remaining podium positions, a four-way battle between Chaz Davies (Ducati), Sylvain Guintoli (Aprilia), Tom Sykes (Kawasaki) and Loris Baz (Kawasaki). Davies would eventually finish second, 4.511 seconds back, while Sykes settled for third, 6.492 seconds behind the winner.

Rea had another great start in the second race, and was again untouchable in the win. A late charge from Chaz Davies saw him pass both Sykes and Guintoli with less than four laps remaining, taking his second runner-up finish on the day, 4.095 seconds behind Rea. Guintoli claimed the final spot on the rostrum, 5.546 seconds back. For full results from Imola, click here.

The double victory gives Rea three wins in a row and ups his string of podium finishes to five straight. It also gives him a narrow lead in the overall championship with 139 points. Defending champion Tom Sykes is second overall with 135 points, while the always-solid Sylvain Guintoli is third with 123.

The next round of WSBK is May 25 at Britain’s Donington Park Circuit.