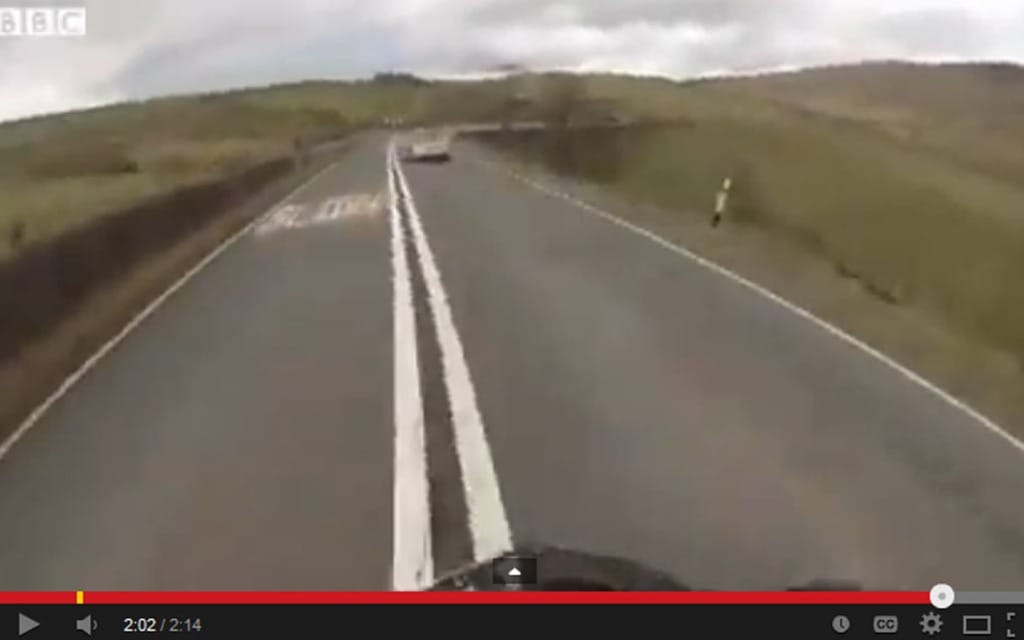 Man posts video as a warning

A British motorcyclist who nearly hit a car on the A537 Cat and Fiddle road in Cheshire says he’s had a life-changing experience and he’s posted helmet-cam video of the event on Youtube as a warning to other riders.

Jack Sanderson was riding a sportbike on the Cat and Fiddle when he passed another motorcyclist, then carried on at a high speed into a corner, which he failed to negotiate. After crossing the double white line in a left hand turn, he approached an oncoming car very rapidly. His escape from that led to a tumble off the side of the road that destroyed his bike, but left him apparently uninjured.

His video shows the event clearly. He says he posted it because other riders need to know what can happen in a moment of careless or unskilled riding, but police say they’re investigating the incident and he may be charged with an offence.