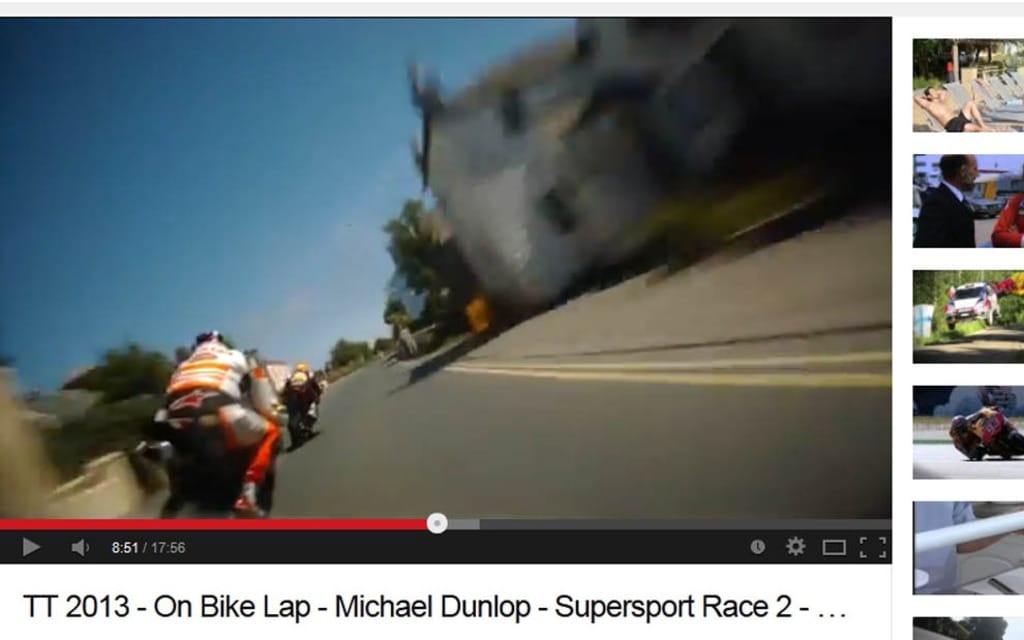 Armchair racing at Isle of Man

Even if you’re not into motorcycle racing, the 18-minute video of Michael Dunlop racing the Isle of Man TT is an armchair traveller’s delight, a high-speed tour of the famed Isle.
However, if you love racing, this video from Duke Video on Youtube is even better. It’s hard to believe the speeds Dunlop reaches on narrow country roads as he pursues John McGuinnes and Cameron Donald on his Honda CBR600RR in this 2013 race.
It’s lap 3 of the Monster Energy Supersport Race 2, and Dunlop, nephew of the world champion Isle of Man road racer Joey Dunlop and son of Robert Dunlop, who died while practising at the North West 200 road race in 2008, puts on quite a show.
Joey Dunlop died in 2000 while leading a 125 cc race, after winning 750 cc and 600 cc rounds at the same event.