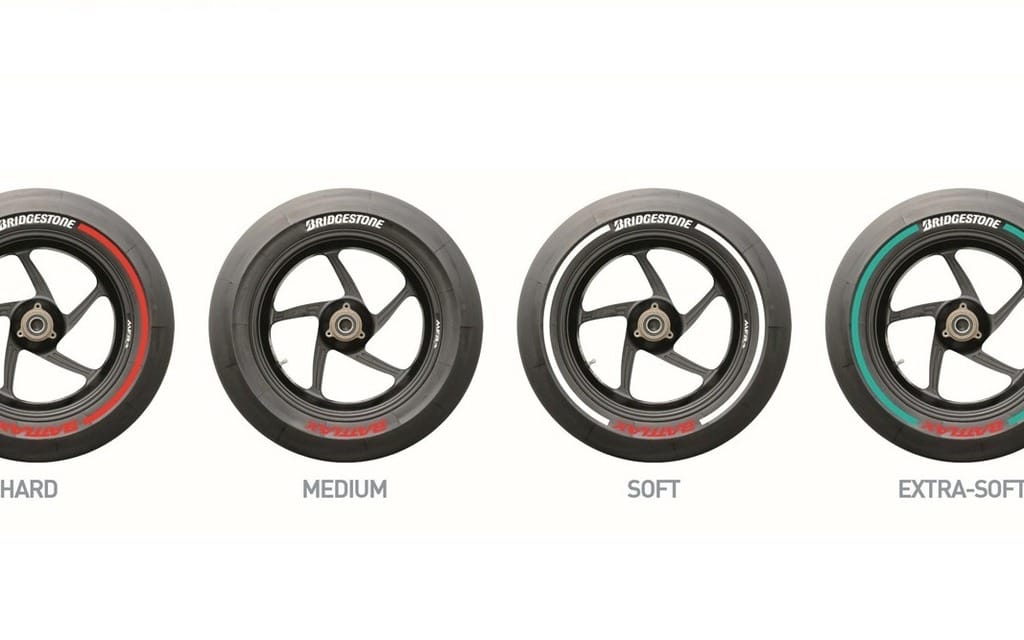 Bridgestone, exclusive tire provider for MotoGP’s top tier, is introducing a new colour-coded marking system for its tires in the upcoming season. The move comes in response to different rear slick options between Factory and Open classes, and also to make it easier for spectators and commentators to see what front and rear tire options a rider is using at a particular time.

Under the old system the softer tire option at a given race was shown with a white stripe, regardless of its compound specification. In the new system each slick tire compound (Extra-soft, Soft, Medium and Hard) has its own individual colour for the entirety of the season (Extra-soft: green; Soft: white; Medium: black; Hard: red).

Only two options of wet tire will be available at each MotoGP round, so the old marking system will be used (black tire denoting the harder option, a white stripe on the softer).

Hiroshi Yamada, manager of Bridgestone’s motorsport department, commented: “The new tire marking scheme is designed to make it easier for fans to see which tire compound each rider is using on the front and rear of the bike. Before last year, when the whole grid was on the same tire compounds, our old marking system worked perfectly. Since the introduction of the CRT class, and now the grid being split between the Factory and Open-class machines, we’ve decided to change the marking system to suit. Last year the audience needed to know if a rider was on a Factory or CRT bike to know which compound was being used. Now, by matching distinct colours to each of our tire compounds, they will be able to tell the exact tire choice of each rider.”