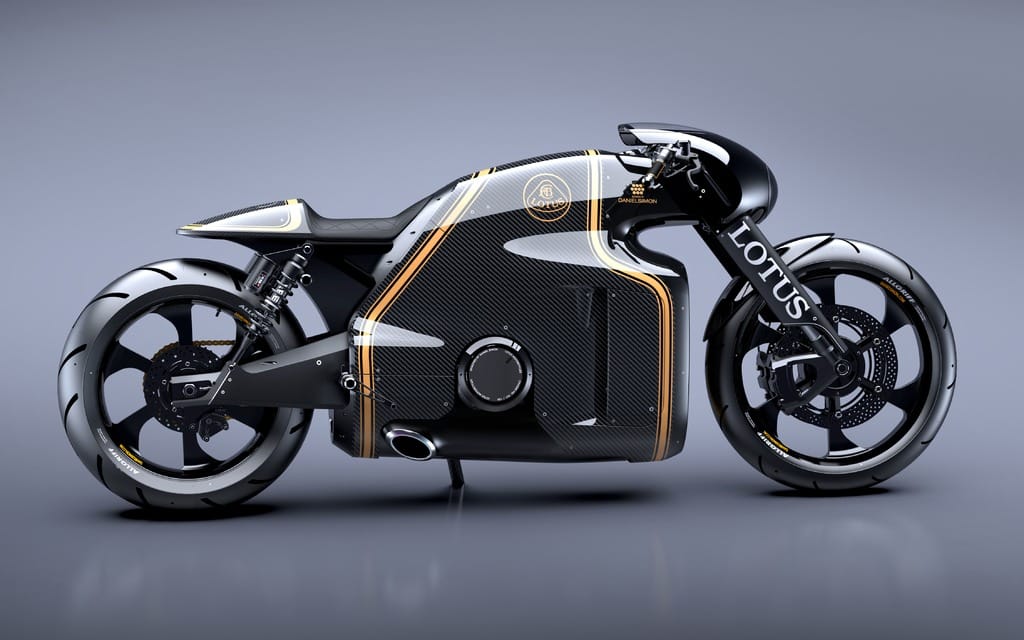 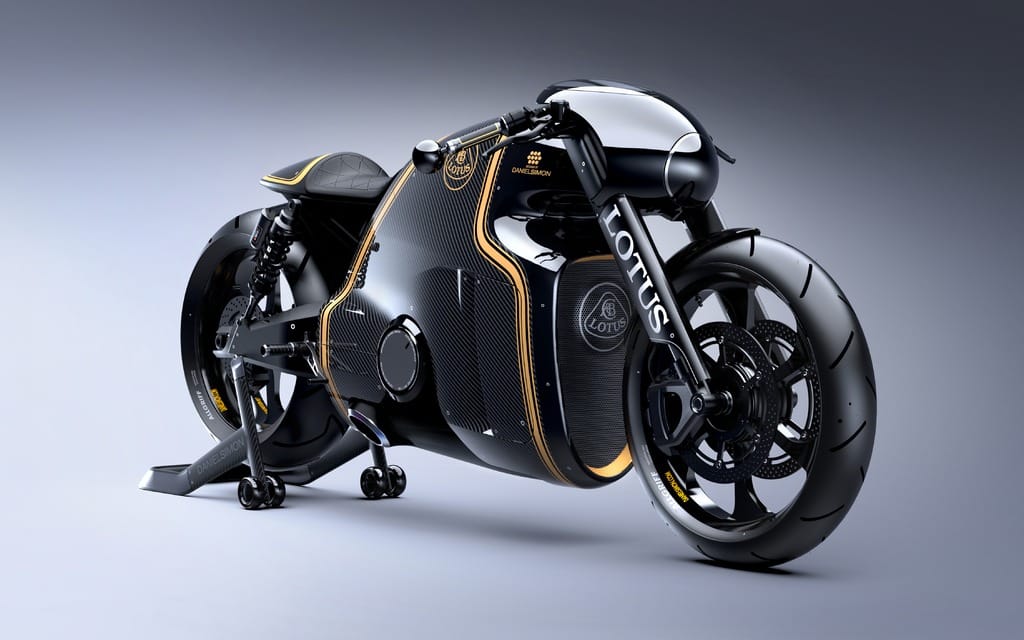 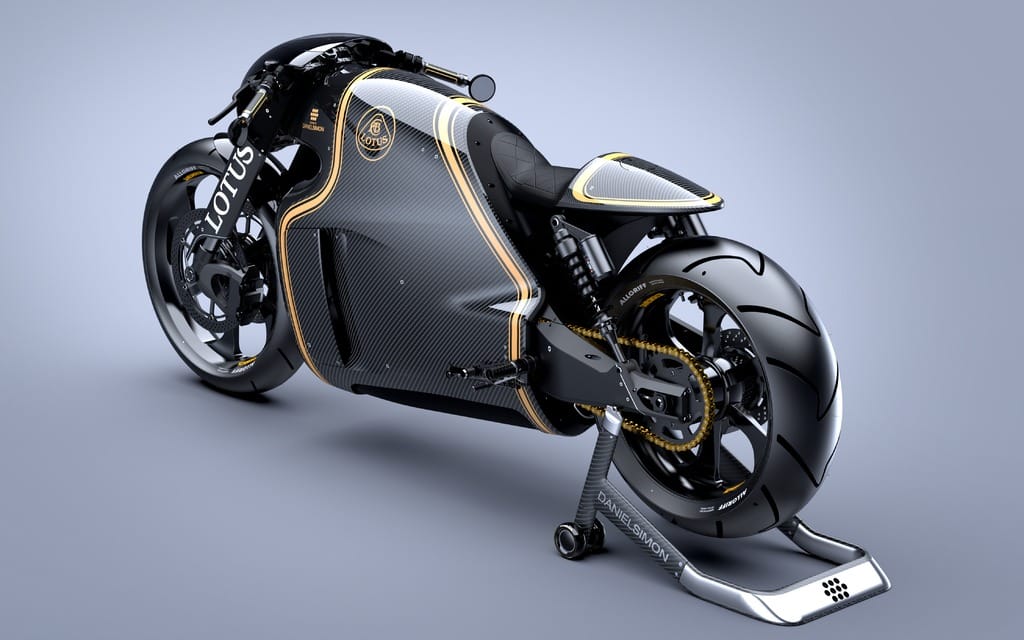 Lotus unveils its first ever motorcycle

Lotus Cars Limited, a longtime manufacturer of sports and racing cars, is trying its hand at motorcycles.

The British firm recently released the latest images and basic specs of its C-01 motorcycle. Although it may look like just another prototype or a prop from a sci-fi film, this bike will actually be built. In fact, one prototype is already road registered and could be cruising the English countryside as we speak.

Initial production is limited to 100 units, and there’s no word yet on exactly where the bikes will be available or how much they’ll cost. But judging by initial reactions from the press and public (which Lotus says “has been incredible”) and the thousands of sales enquiries they’ve received, we could see Lotus producing more bikes in the future.

Inside the C-01, hidden under full carbon fibre bodywork, is a 1,195 cc 75-degree V-twin. Confirmed performance figures aren’t yet available, but Lotus claims it produces 200 horsepower. Combine that with a claimed weight of a feathery 181 kg and we say it could be bloody brilliant. And whether you like the style or think it looks like a Bic lighter, there’s no denying the C-01 is eye-catching.