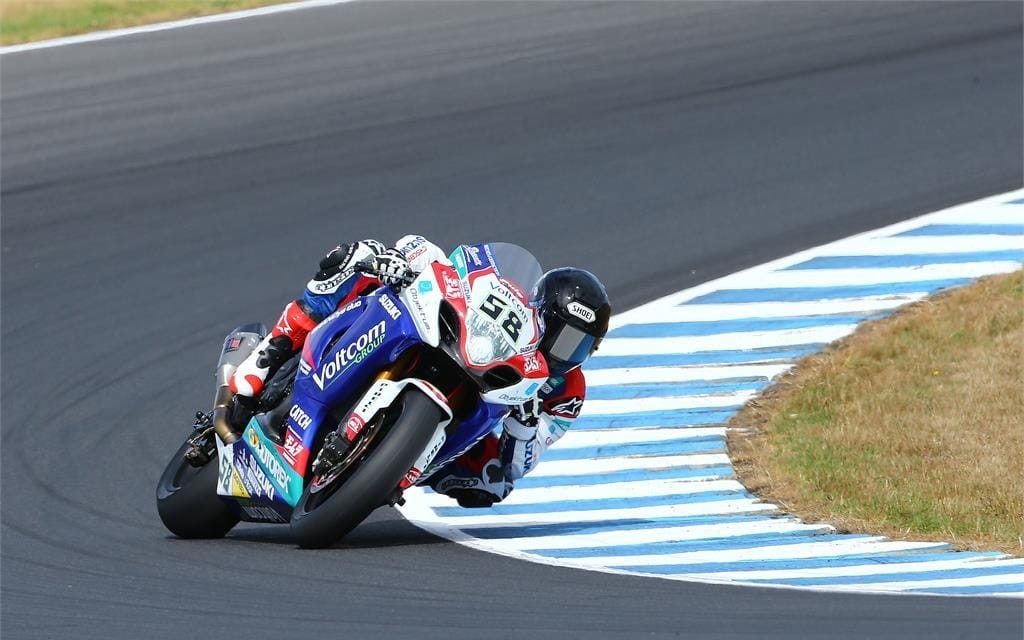 It was a big day Down Under for Voltcom Crescent Suzuki’s Eugene Laverty. The Irishman was fastest through Australia’s Phillip Island Circuit, the site of World Superbike’s final pre-season test, with a best lap of 1:30.513. Ducati’s Davide Giugliano was second best with a time of 1:30.718, while last year’s WSBK champion Tom Sykes finished the day in third with a lap of 1:30.737. Sykes’ Kawasaki teammate Loris Baz was fourth (1:30.757) and WSBK rookie Alex Lowes (1:31 ) rounded out the top five on the first day of testing.

“We surprised ourselves with the lap time today,” Laverty said. “We were a lot faster than where I’d set my goal and the fact that the bike works so well around here is nice too. In terms of feedback, the Voltcom Crescent Suzuki GSX-R is better than any Superbike I’ve ridden here. I can really attack the race more than I have ever done, and that gives me a lot of confidence.”

The second and final day of testing takes place tomorrow, while the opening round of the 2014 WSBK season goes Sunday, February 23, at the Phillip Island circuit.