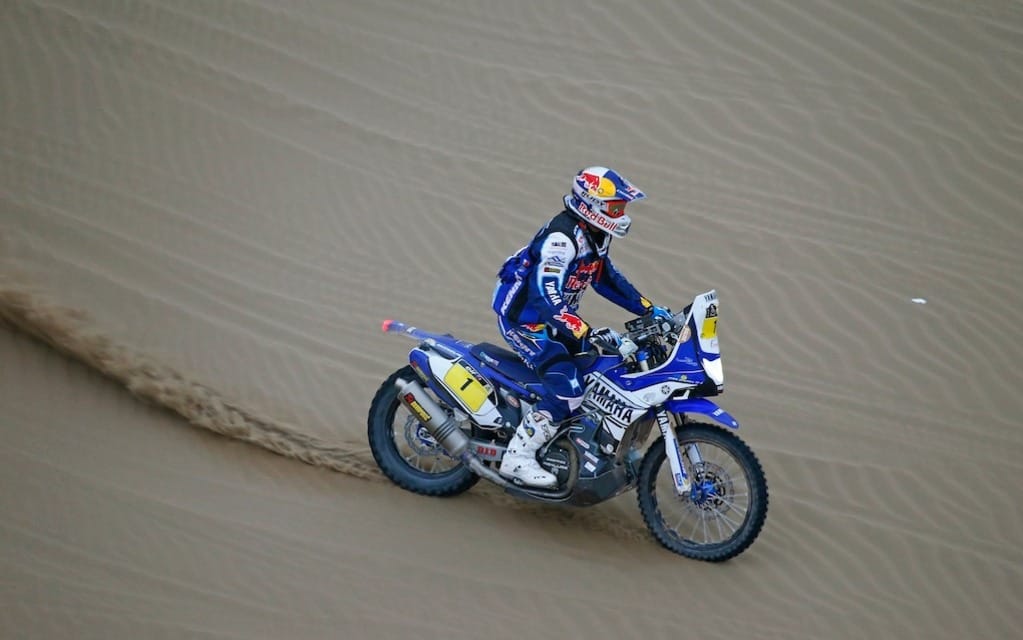 Coma retains the lead after 11 stages; the battle for third is heating up

Stage ten of the Dakar took place on Wednesday in northern Chile, covering ground between Iquique and Antofagasta. The 631 km special was the longest of the rally. Honda rider Joan Barreda Bort had another sterling effort and took the win, his fourth stage win of this year’s Dakar. Fellow Honda rider Helder Rodrigues was second on the day, while Yamaha’s Cyril Despres continued his string of strong results with a third place finish. Overall leader Marc Coma was fifth in the stage.

Thursday’s stage 11 took riders from Antofagasta to El Salvador. The 605 km special route was comprised mostly of soil and stones, but with a long and challenging section of sand and dunes. Joan Barreda Bort was in the mix for the lead, but a heavy crash damaged his navigation equipment. He would eventually end up fourth for the day. KTM’s Marc Coma crossed the line first, but incurred a 15-minute penalty that dropped him to tenth. Cyril Despres was bumped to first place, his second stage victory of the rally. Fellow Frenchman Olivier Pain took second, while KTM rider Jordi Viladoms finished third.

Marc Coma retains the lead in the overall standings with only two stages left in the rally. Joan Barreda Bort has managed to close the gap a little, but is still 37:36 back of Coma. Jordi Viladoms is just under two hours behind the leader and sits in third position overall – for now. Several riders are within striking distance of the Spaniard, and the battle for the final podium position is far from over.