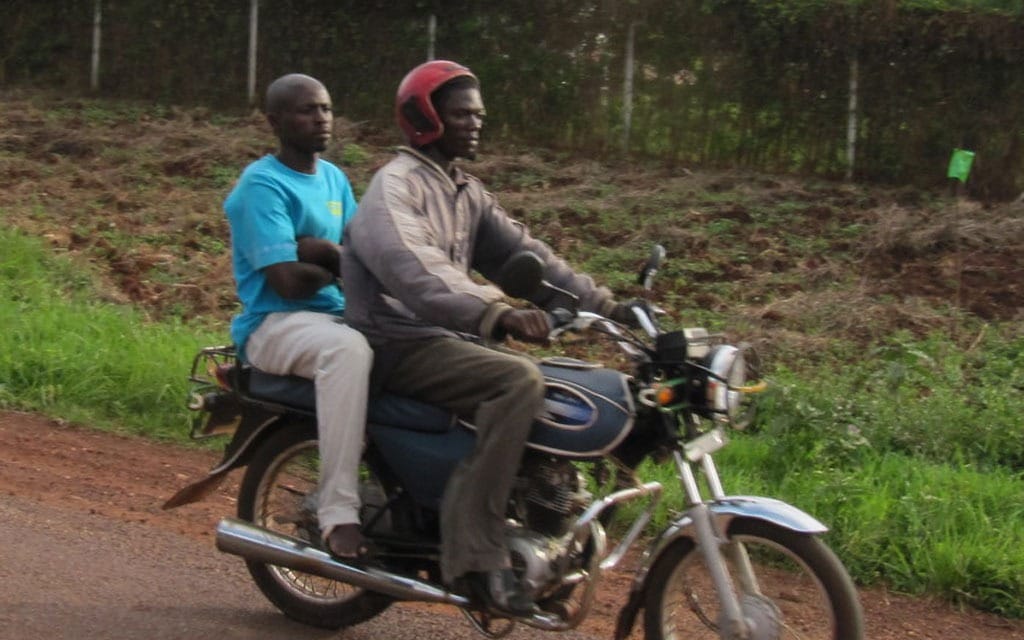 Judge gave him a break because he’s young
A man who hit a security guard with an iron bar and then stole a motorcycle was sentenced to 18 years in prison this week by a Ugandan judge.

Godwill Kanyanya, 30, was found guilty of stealing a bodaboda motorcycle, which is a motorcycle taxi, on Feb. 15, 2012, according to a story on the New Vision website.

The security guard was knocked unconscious by the blow to his head. He was not able to identify the suspect, but the owner of the motorcycle saw Kanyanya with the bike a couple of hours later and raised an alarm. He also detained the suspect.

Uganda’s penal code allows a maximum sentence of life in prison for robbery, but the judge gave an 18-year sentence because Kanyanya was young and had spent almost two years on remand prior to the sentencing.

The prosecution asked for a long sentence because aggravated robbery is increasing in frequency there.