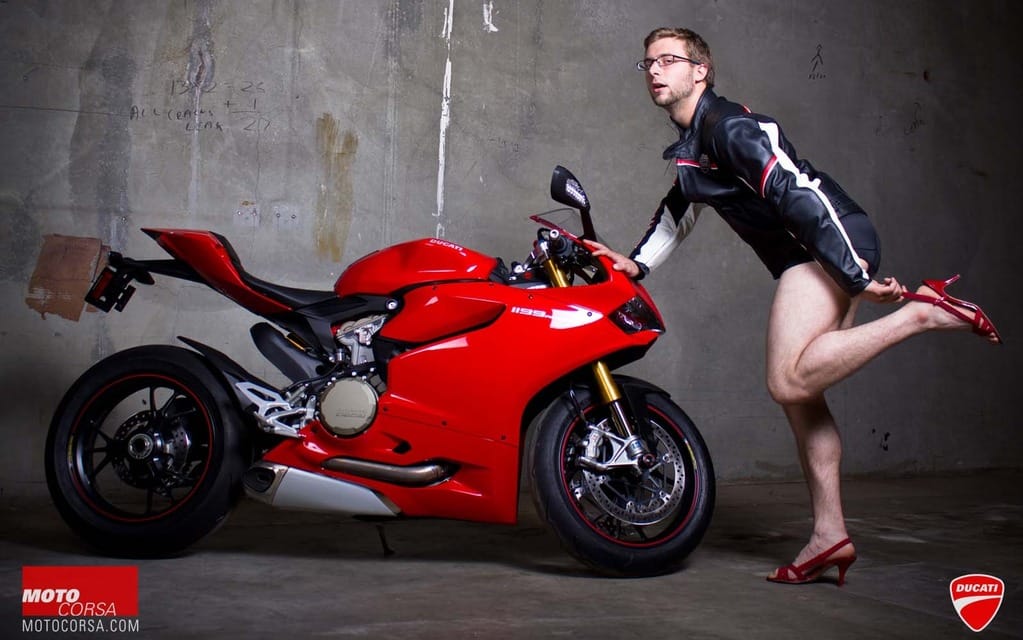 Good for the gander

A woman and some men for all seasons
Perhaps feeling the feminist heat after producing a series of desktop wallpaper photos with beautiful women draped over beautiful motorcycles, a Portland, Ore., Ducati shop has turned another cheek.

Moto Corsa produced a set of desktop wallpaper photos they called “Seducative,” which featured, for example, a woman in a leather jacket and bikini bottom kissing the windscreen of a Dicati Panigale.

To follow it up, or perhaps to appeal to a different kind of buyer, Moto Corsa then came out with a set of wallpaper photos they call “Manigale,” which puts men in the same costumes and poses as woman in the earlier photos. They enlisted the guys in the shop to serve as models, some of whom appear as trim and fit as the female model, some of whom don’t.

The Motocorsa.com site displays both sets, with about a dozen photos of men, and apparently just one woman, caressing the Panigale.