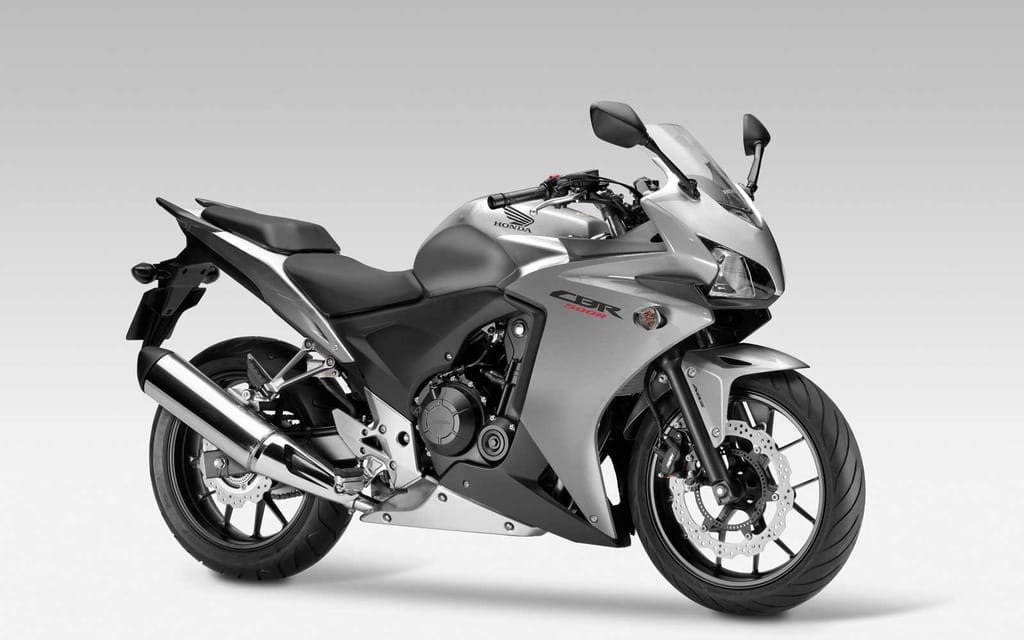 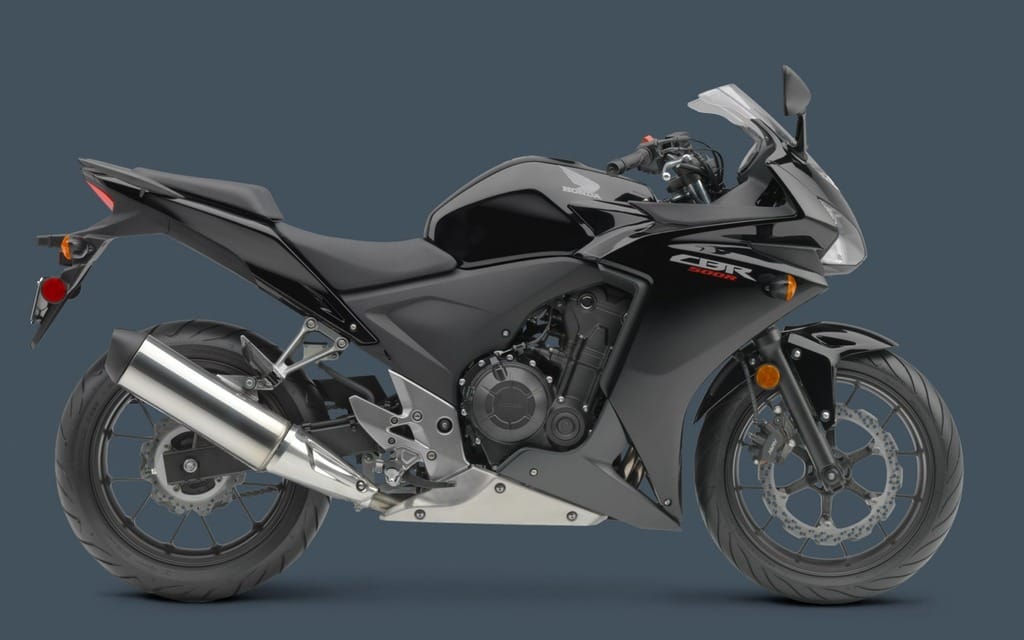 Honda unveiled the new for 2013 CBR500R at the EICMA Show in Milan, Italy last week. The bike is aimed at riders looking to move up from a CBR125 or CBR250.

The naked sportbike is one of a family of three. The CBR500R sportbike shares its engine and steel triangular-tube frame with the CB500F naked bike and CB500X adventure sports bike. Honda’s new mid-size CBR500R weighs a claimed 194 kg and has a 790 mm seat height. Those two stats are on par with some 250cc bikes on the market.

The engine is a fuel-injected liquid-cooled DOHC 8-valve twin with a balance shaft that generates a claimed 47 hp at 8500 rpm. Final drive is an O-ring chain mated to a six-speed transmission. Wheels are 17 inch units, giving a range of sporting rubber choices. Standard anti-lock brakes act on single wave rotors on both ends. Front forks have 41 mm tubes and the rear Pro-Link suspension is pre-load adjustable.

Up-market touches on the fully-faired bike include a full compliment of gauges in the cockpit and under-seat storage for a U-lock.

Accessories such as a taller windscreen, heated handgrips and a seat cowl will be available. Colours are red, black and a classic Honda white/red/blue combination. MSRP and availability date will be announced soon.