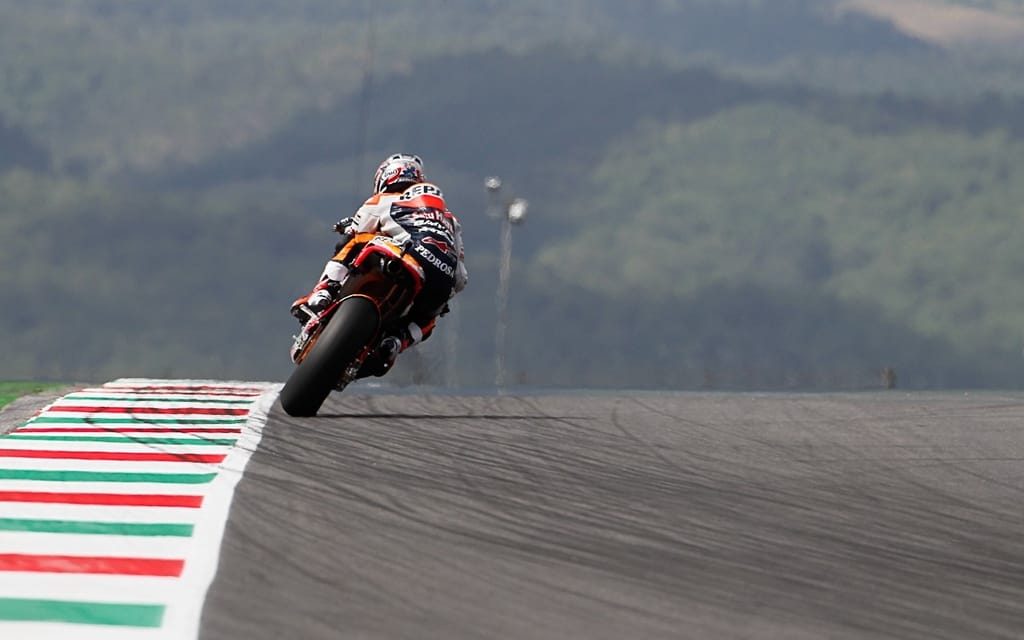 Dani Pedrosa has claimed the pole for this weekend’s MotoGP race in Mugello, Italy with a fastest time of 1:47.284, setting a new track record in the process.

Jorge Lorenzo set blistering times in practice, but a miscalculation in the amount of fuel in his bike led to a loss of power on his final charge and the second place on the grid. Hector Barbera on the Pramac Ducati slipped into the third spot on the grid, just over a tenth of a second ahead of Nicky Hayden on the factory Ducati. Hayden will head up the second row, joined by Casey Stoner and Cal Crutchlow. Less than a half second separates the top six riders.

Rossi qualified tenth and was unable to improve throughout the session.