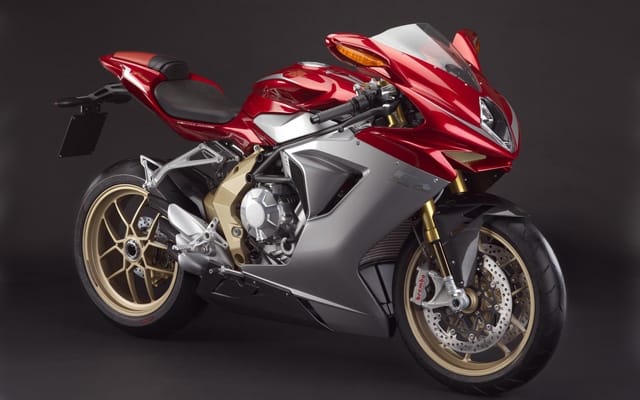 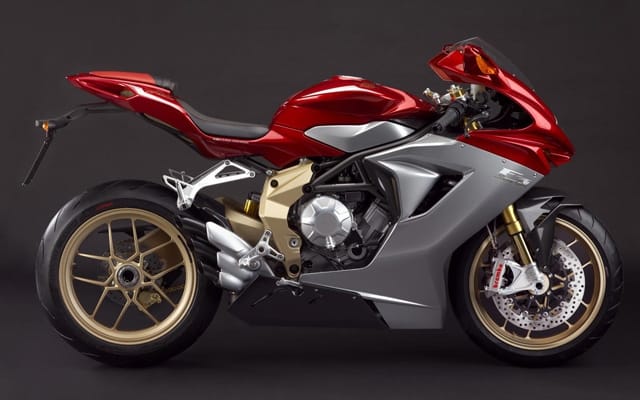 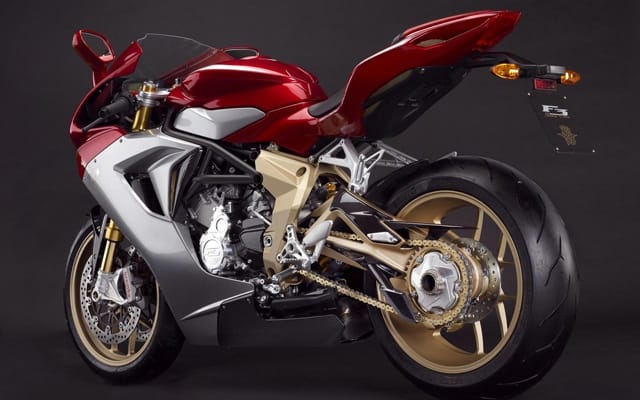 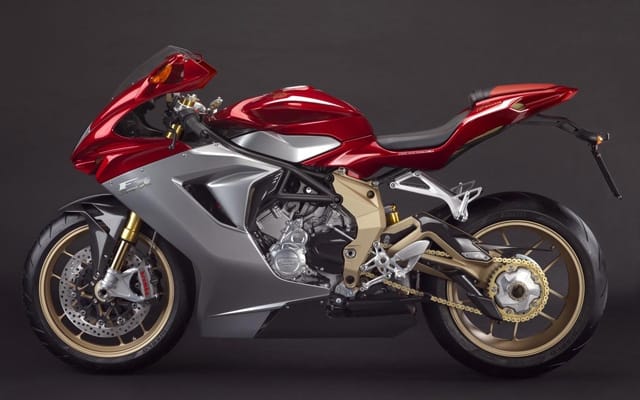 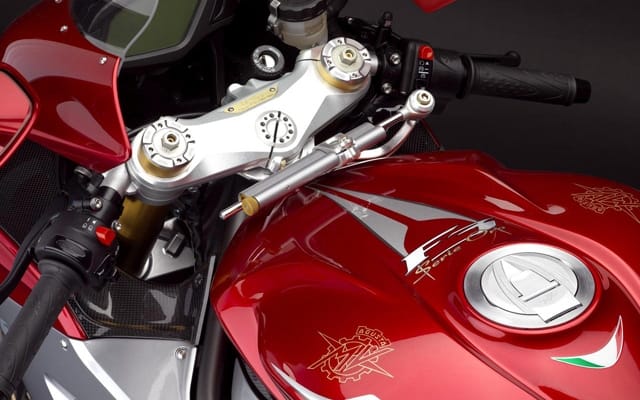 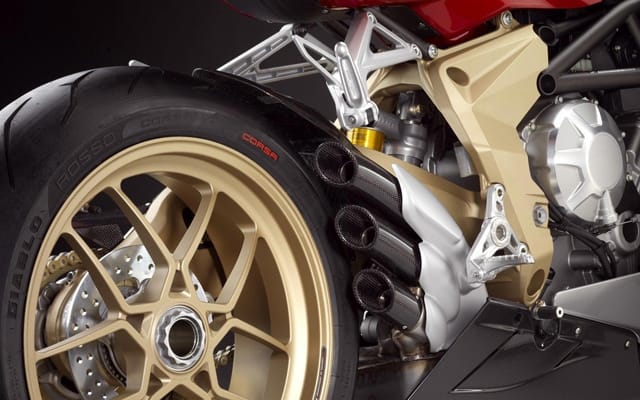 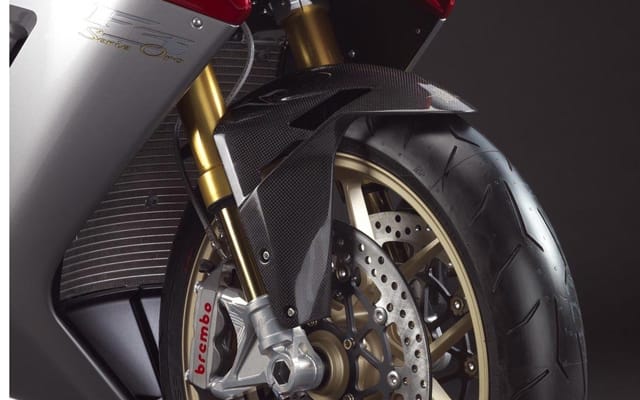 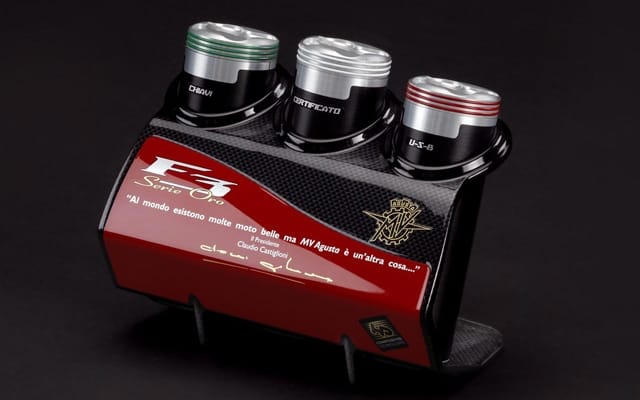 Continuing the tradition of releasing a limited edition gold version of their new machines ahead of the base model, MV Agusta have taken the wraps off the F3 ‘Serie Oro’. And with the unveiling of the gold series F3, MV Agusta has announced that the standard model is slated to come out in Europe at the end of this year and will be priced at €11,990.

The Serie Oro, on the other hand, is expected to be in the in the €20,000 range. Lavished in gold and featuring high-end Öhlins suspension, racing-spec Brembo Monobloc callipers, carbon-fibre bodywork, forged aluminium wheels, and a sophisticated electronics package, MV plans on building only 200 units of the exclusive machine to special order.

We can expect to see the base model F3 here in early 2012, says MV Agusta Canada. Price in CAD is TBA.